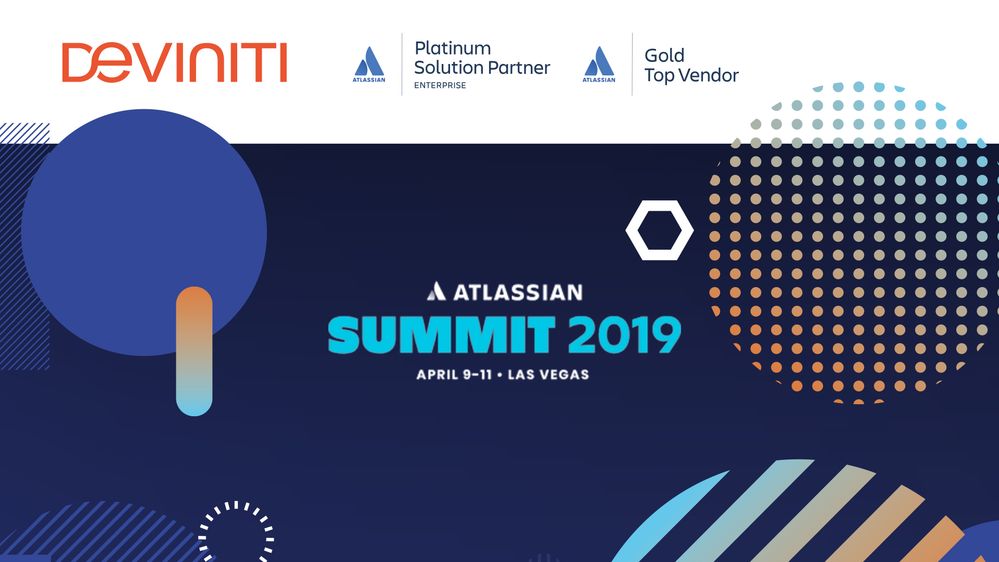 This year's Atlassian Summit was fun as usual, with Scott Farquhar and Mike Cannon-Brookes dressed as Elvises and Dom Price singing Jira Las Vegas in front of 5000 people party at the Mandalay Bay beach. Most of the crowd represented the biggest giants of American business craving to know what's new in the software their teams use every day at work. While counting just right under 150,000 customers despite having raised prices recently, not only have Atlassian thrown in a decent show, but also shipped some important features and updates for their products, just like most Solution Partners and Marketplace vendors. Our team of 8 were there, too - as a Silver Sponsor, we spent 3 days talking to the prominent minds of the Ecosystem, gathering feedback and collecting new ideas. Now that we got back to normal life, this is what we came home with (apart from a nice jet lag).

One of the first things we've heard was the opening keynote where Scott Farquhar outlined Atlassian's evolution over its 17 years on the market. What started as a way for IT teams to work essentially became a way for all teams to work. Digital transformation and agile frenzy swept across companies around the globe, making room for supportive technology (including Atlassian software) to take over workplaces and help people do their job. That's why the team strives to encompass whole businesses' operations and unleash the potential of every single team. Extremely helpful were acquisitions such as Trello and Opsgenie, but while these are not so new, Mike and Scott apparently liked their impact on the stock price and kept the pace with buying AgileCraft which they call Jira Align from now. This is basically an attempt to help the C-suits unite the teams' efforts at the enterprise level and coordinate big initiatives in a strategic way. With this tool, companies of any size can scale their agile efforts throughout the whole organization, they promise.

If it comes to Opsgenie, the newly-Atlassian incident management tool has been enriched with features originally meant for Jira Ops announced last September in Barcelona. The latter seems to be forgotten after the EAP which turned out not so successful as planned. The new Opsgenie's interface resembles other Atlassian products more, the user identification is streamlined by using Atlassian accounts, and Statuspage integration has been added along with some sexy new features like incident timeline, postmortem reports, and more. 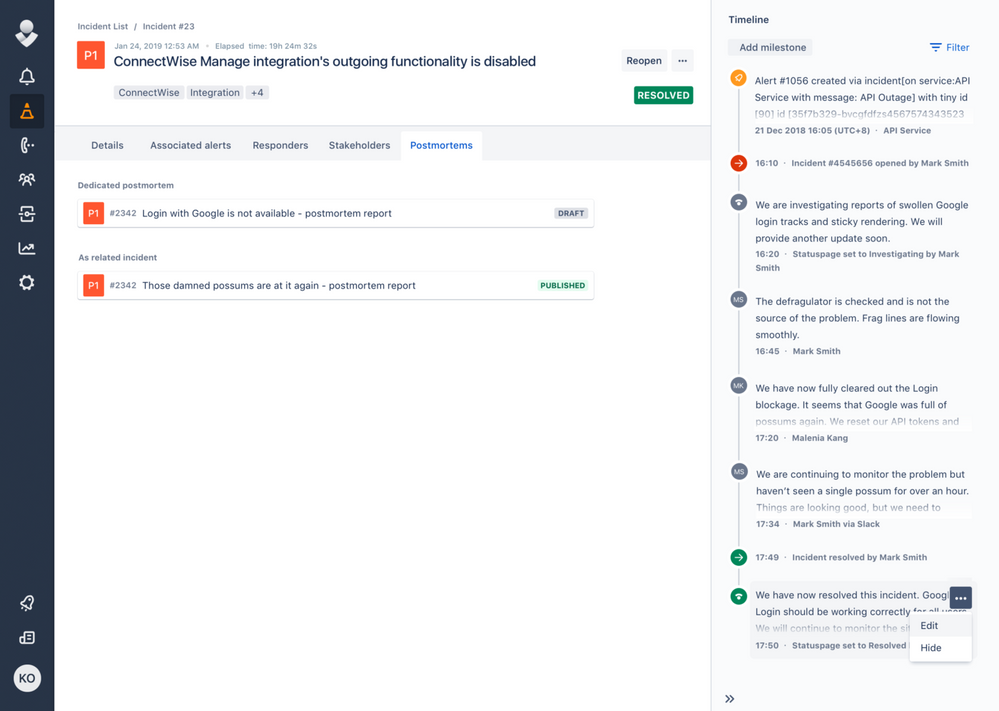 They didn't forget the good old software, either. Data Center customers with distributed teams now can enjoy CDN support for Jira Service Desk, Jira Software, Confluence and Bitbucket. The developers now have commit history, Git LFS file locking, code insights on pull requests, and even more information about deployment on Jira issues. For the admins, of high interest will be rate limiting for REST APIs, new AWS and Azure deployment templates with support for Amazon Aurora, as well as individual and bulk issue archiving in addition to previously added project archiving. License and permission management across multiple instances in enterprises gets easier with revamped Crowd Data Center, which becomes the 'full control center' centralizing these operations.

Anyway, Cloud remains the most wanted strategic direction for Atlassian. As promised at the Summit Europe 2018, three new data centers are now live to support Cloud – in Singapore, Sydney, and Frankfurt. They enabled a couple of thrilling things for Cloud customers, including an EAP for the doubled user limit which now can reach 10,000, as well as Cloud Premium service with 24/7 support, 99,9% fulfilled SLA, unlimited cloud storage, and additional features in some products. They were so confident in the program's success that they gave out free Jira Software Cloud subscription for all the attendees who had Server license up to 2000 users!

The Premium offer for Jira Software Cloud will include Advanced Roadmaps. It's basically a step further on what we've seen recently with the latest release. With this one, we can map dependencies between Epics and see them breaking down into smaller tasks with statuses. Then the software automatically predicts the release date based on the previous team's performance. The Cloud team has also focused on Jira's performance to keep up with the Server and Data Center peers: boards load now 50% faster, backlogs – 80% faster, and navigating the sidebar is 100% faster. 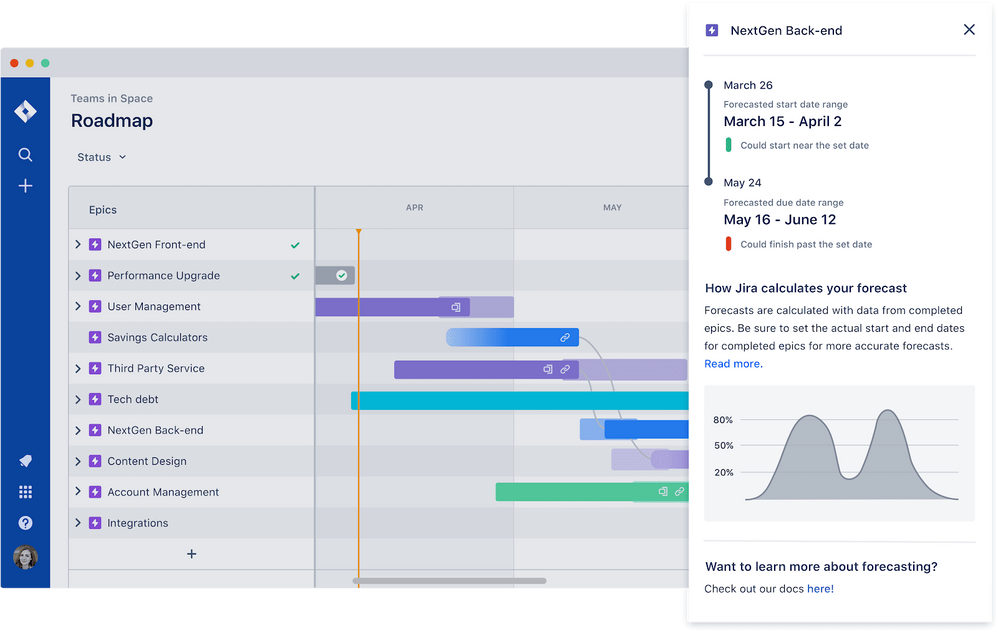 In their turn, the Jira Server team was promoting their freshly released Jira Software 8.0. Just a quick remind for those who may have missed the news: the team upgraded Jira’s search-based subsystem engine, Lucene. This enabled to make 31% faster JQL searches, 71% faster backlogs, 48% lower index size, and up to 21x faster Agile boards. Other news include long-awaited batch email notifications and slightly refreshed look and feel with AUI 8.0.

For Jira Service Desk Server, the same platform update was performed for version 4.0. As a result, viewing queues is 100% faster, opening the customer page is 36% faster, and project creation on big instances is up to 6 times faster. What's more, AWS Service Catalog Connector was added where development team environments can be automatically set up and fully configured, and version 4.1 also includes more branding possibilities for the Customer Portal.

This was the first part of the Summit 2019 coverage. Read on through the second part to learn the news specific to the Atlassian Marketplace and get to know a couple of new apps.