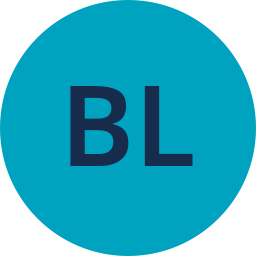 I use Jira 8.5.5 hosted by Di2E, and I have a major problem with the way sprints are handled when moving issues between projects.  I manage multiple product lines, and occasionally there are tickets that are entered in on the wrong board.

The problem is that if the Jira issue is already assigned to a sprint, that sprint that was for Project A is now also associated with Project B.  There is no way to disassociate it from the wrong project board without causing unintentional harm.  When the same sprint is associated with two projects the following are true:

The major issue is that I never wanted that sprint to be associated with the other project.  Each project has it's own release trains and numbering.  The only way to fix the issue I know of is the following procedure:

If multiple people are working the backlog, and new issues get assigned to the erroneous sprint, we have to create 2 new sprints and move the issues on each board to fix the problem.

The current behavior is confusing, introduces too many opportunities to unintentionally screw up another project's backlog.

When moving an issue between projects, can we please strip the associated sprint that should ONLY belong to one project?

This is the real problem here.  It's surprising behavior, and it is the only way I know of to get into a situation where the same Sprint object is associated with boards for two separate projects.  It should be considered a bug.

Hey @Berin Loritsch, if you hadn't had a chance to browse similar questions to yours in the community, I will be sharing a few of them for your reference. Therefore, in short, this scenario is a known "issue" raised as a suggestion at JSWSERVER-11992. You can vote for it to be considered in features releases and add yourself as a watcher to receive updates moving forward.

That said, have a look at the following knowledgebase articles that should address the main points of your questions since it is the current JIRA Agile behaviour - although it's not quite intuitive for end-users as stated in the article.

Also, have a look at other similar questions that may provide you with additional insights

I hope that helps,
IL.