New sprint has last sprints 'Done' tickets in it

We have completed our sprint and closed it. However all the 17 Done jiras in the last sprint are appearing in our new sprint.

All the Done tickets have the done tick next to them. 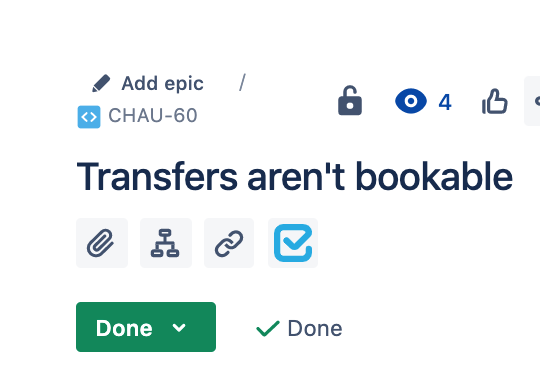 How do I remove them so they don't appear in the next sprint?

Is the resolution set to resolved on the issues that have a status of 'done'?

Normally when you close a sprint you will be prompted to move any remaining tickets that are still in progress to the next sprint (or back to backlog). This works based on resolution rather than status though.

If you scroll down to:

There is an explanation that should help.

Thank you, I moved the Done column to the end of the board and this seemed to sort it.

Hi @Stuart C ,
I figured out that, since i have a very similar issue, i'd post my question here:

So what i want to say is: I have two almost identical issues, same issue type, same resolution amd same status. One gets taken into the new sprint, the other does not.

Can i consider this a bug? I have never had this problem before, so i am a bit confused. It does not happen very often, but it kind of messes up my team's metrics.