Jira Next-Gen: Done Items not removed from board after 14 days?

Jira Next-Gen documentation indicates that issues on the done column past 14 days would automatially be archived and removed from the board (with sprints turned off). This is not the case. Am I doing something wrong or is this a bug?

I've received an answer from Atlassian support on this matter:

"I've taken a look at the board and I noticed that the issue has been moved to Done since the 15th of January. The issue is not removed from the board because there is an update on the issue, which is 7 days ago. This refreshes the 14 days timer, hence why the issue is still appearing in the board.

We have a feature request to change this, instead of any updates on the issue, Jira should only count the 14 days since the issue is resolved:

I would suggest you to vote for this issue to raise the popularity." I'm having similar issues, but the last updated time on the tickets are over 30 days ago in my case...

I opened a question at https://community.atlassian.com/t5/Questions/Issues-not-disappearing-from-next-gen-software-board-when-Done/qaq-p/1006558

This looks like a bug, and not the behaviour outlined in your discription.

Yes. See screenshot. What is the date criteria for the 14 days to kick in? 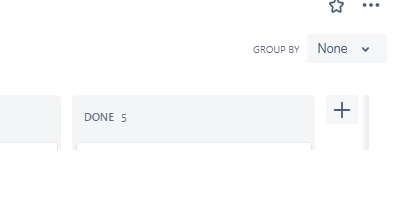 We noticed a ton of our tasks in the rightmost column were not rolling off, so in case anyone else has that issue I think I fixed ours by dragging the tickets back to the left one column and then re-dragging them to done (our rightmost column). Once I did that the little green checkmark that says they're "done" appeared on the card. Hopefully this will mean they'll start rolling off in 14 days.

We had the exact same issue, after we migrated our project from classic to next-gen project.

4 steps to get actual statuses on the Jira board.

Jira   is a powerful tool   that helps teams to plan, manage, and report on their work.   We love using Jira, especially for its ability to track issue progress. But how to monitor the...