Approval/Decline is not triggering a status transition

I have a JSM Cloud project where the workflow includes an Approval step - tickets can be moved to "Awaiting Approval" status. From there we have 2 possible transitions - to Approved status and to Declined status.

When Approvers click the Approve or Decline buttons, there is no status transition triggered. The issue remains in the Awaiting Approval status. I want the issue to move automatically based on the Approver's response. Note: we sometimes have multiple approvers and have it set so status transition is blocked until all Approvers have approved.

Do I have to use Automation to automate transition to Approved/Declined statuses? Or am I missing some config option within this Approval setup to auto-transition issues? 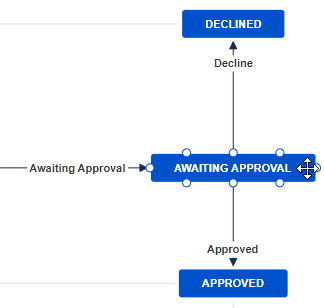 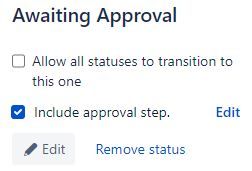 If you click on the edit for the Approval step, on the second screen have you defined the transitions that the request should use when it is approved/declined?

Thanks @Mikael Sandberg I missed the Next button which shows the transition options.