Total time spent being logged in database for report use?

I was wondering if there was a gadget/report I can use to see the Total time spent by issue whilst we are in mid sprint?

As noted by @Trudy Claspill there is not a native time tracking report that would give you an output per issue.

Natively in Jira the time tracking details per issue is going to be located by drilling down into the respective issue view screen for a view of the issue details, Or looking at the results of an issue search within the issue navigator adding in the time spent field as a column.  To expand on this functionality and generate reports in the instance on the time tracking you would want to look into a third-party time tracking apps in the marketplace which can be seen at the link below:

Alternatively, you could look into generating custom reports using the Free Google Sheets or Excel connector apps provided by Atlassian that would allow you to sync issue data  into the external spreadsheet using the toolset of the alternate tool and render the data as desired for your reporting needs:

As an example I am using the Google sheets connector for the steps below, and you could pull individual issue worklog data using the various time tracking related fields and subfields, and I believe either timespent or Σ Time Spent (sum of time spent on the issue) would the fields you need for your report, but a list of available fields for timetracking related data would be:

using a query like the following to isolate to the project EXE and the current open sprint, it would populate data like shown in the screenshot beneath the query: 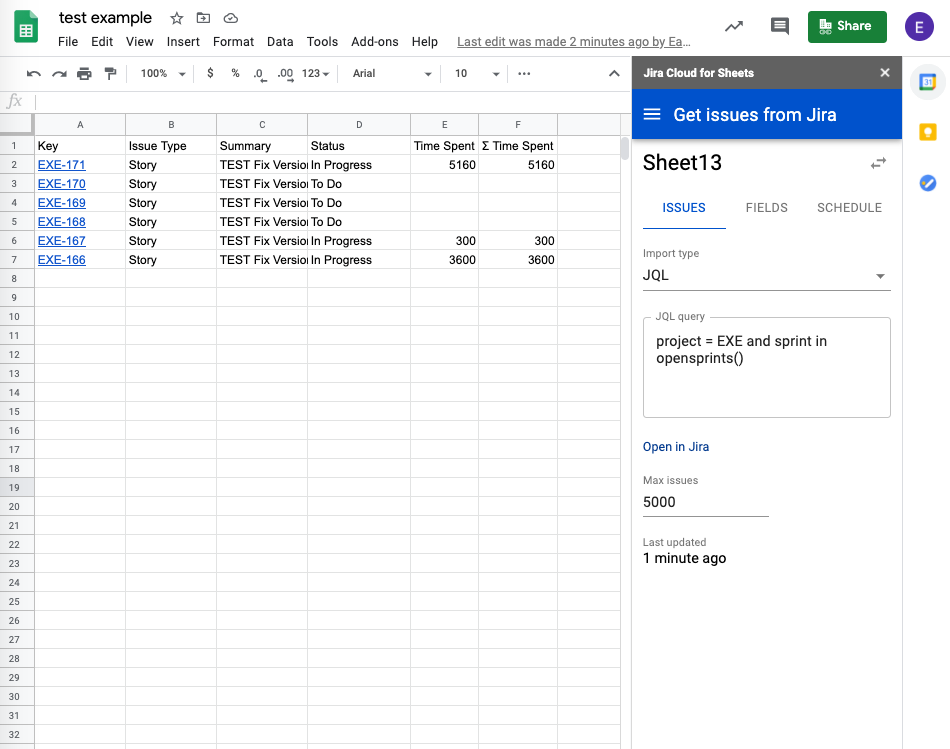 There is not a time report or gadget that is built into JIRA. You have to use a marketplace app for that.

Alternately you can use the Search Issue feature to find all the issues in the sprint. You can configure the display to show a List instead of Details, and add the Time Spent column to the List display. And you can use the Export Current Fields feature to export the results to a variety of format for your reporting.