On the previous create task view, there was a small tickbox that said 'Create another' right at the bottom. Once ticked, this saved much time on a follow-up ticket as it carried across a lot of chosen criteria like the reporter of the issue, the Product Owner, plus several custom fields that we've added.

Now on the new version, I don't seem to be able to see that - unless I'm missing the obvious, which is always possible! ;)

It's currently taking me extra time to create several tasks that are all using the same information, but I have to manually select them during each task - or Bulk Edit them at the end once created.

Thanks for your patience in all of this - it is appreciated!

I suspect if as @Daniel Ebers he can see the 'Create another' option no matter what - then its likely to be a preference or setting somewhere in the background.

So to try and explain this better in the New Issue View, I just created a random new Epic in our Websites project as below. Ironically - and as if to antagonise me a little further, this screen does indeed have the 'Create another' option - which I would have thought would be a rare occurrence for Epics? Anyways, back to the view... 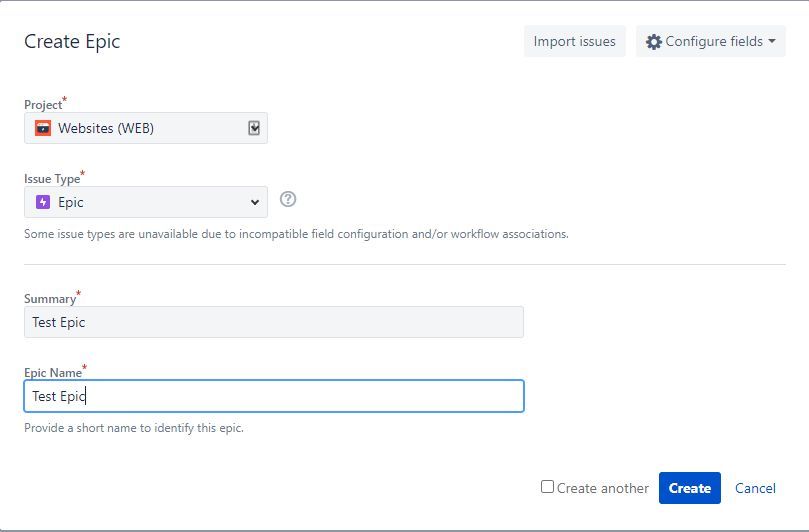 So the Test Epic is created and I go into it. It's here normally (and where I would expect to see) the 'Create another' option. So that when I start Task A, I can select that the Reporter is Bob Jones, that the Assignee is me, that the Product Owner is Tracey Roberts, that the Department Involved is Marketing, that the Priority is High, that the Financial Impact is Low, etc. I can then fill out the remainder of the task details within Task A. At the very bottom (similar to the Epic window above and as shown in my previous screenshot of the Old Issue View) - the 'Create another' tickbox was there previously.

So once ticked and creating Task B, all of the previous criteria from Task A is already populated - saving a considerable amount of manual time in adding detail to the tickets. Without this, both Task B and Task C are now completely devoid of any of the presets that I created in Task A and I now have to insert them by some other means. 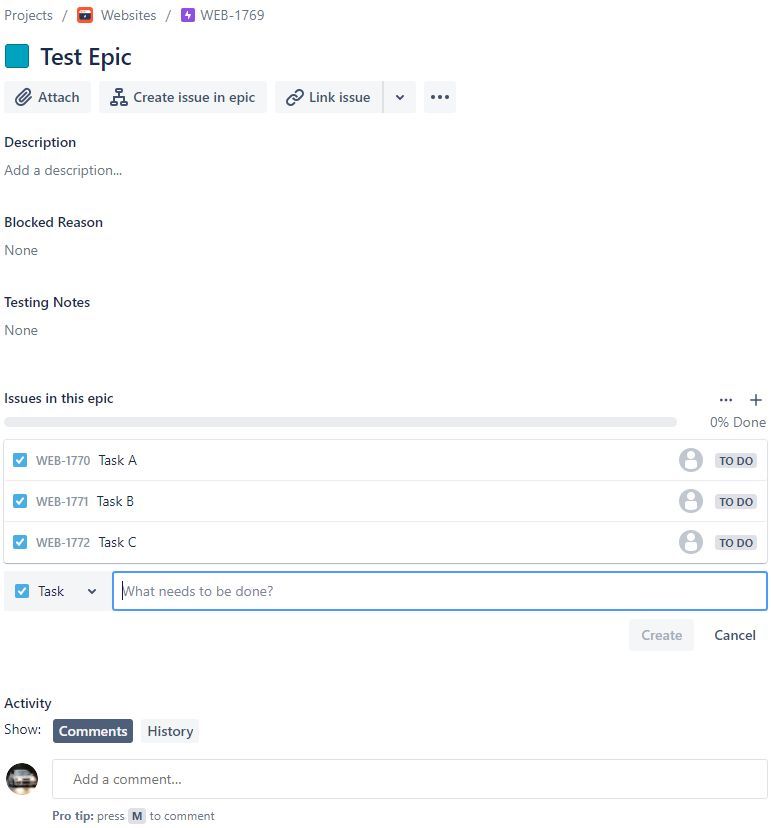 The only way I've found around it so far is to create all the tasks within the Epic and then click on the three dots and go to Bulk Edit - adding required criteria to the several tickets already created. I guess it does work, but just changing the step to the end of the task creation rather than at the very start as seen in the Old Issue View. 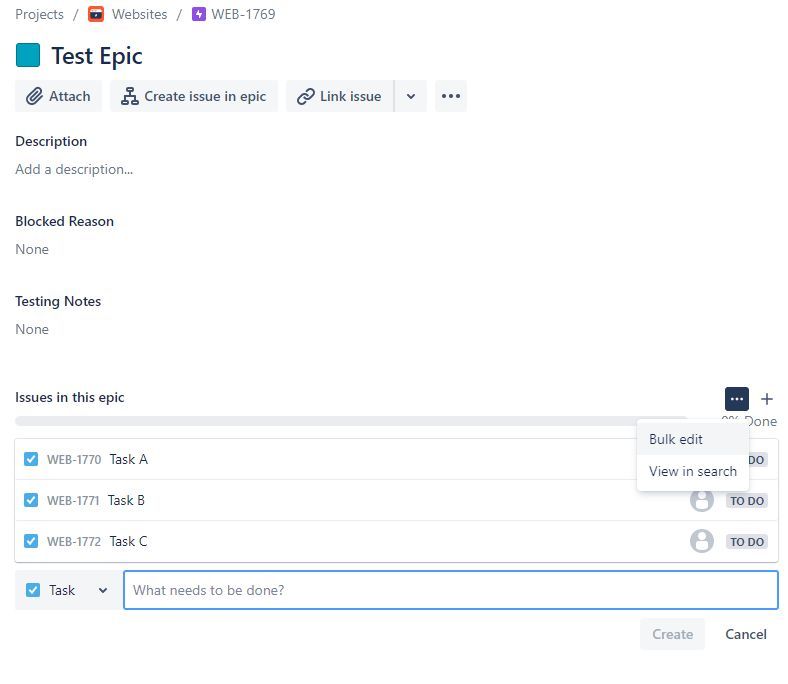 Don't use the "Create issue in epic" button, but the big Create button on the top menu. You'll need to add the Epic link, but you can then use the checkbox 'Create another'.

If you want to automate the process and maybe copy attachments from the Epic to the tasks or set up field mappings to always make the reporter of the Epic a watcher on the task or automatically copy custom fields, our app Elements Copy & Sync could help.

@Laura Campbell _Elements_ - thank you for that response - I've never even acknowledged that large Create but at the top before. As you say, the 'Create another' option is within that - which is exactly what I'm after.

Can you share a screenshot of your new issue view?

In the older version, if I was creating several tasks within an epic, right at the bottom of the ticket creation page, there was a tick-box called 'Create another', which I can't seem to find in the new view.

This was a massive time-saver, as so much of the same criteria was repeated and used again in the next ticket - the likes of the dev involved, reporter of the ticket, product owner, department involved, etc. Literally I had to only change the subject header and the description contents as needed.

As seen below. I just switched JIRA back to the old view and there it was. When I go back to the new view, I can't seen it.

I tried it from backlog as well as "Create" button - but it just works fine, so I am curious where the difference might be.

Can you share a screenshot of what you are seeing?