Teams break work down in order to help simplify complex tasks. This is often done iteratively, with tasks being broken down into smaller tasks and so on until the work is accurately captured in well-defined chunks.

Based on our research, we know that this often starts as just needing to capture any additional steps to complete a piece of work. As a team grows or their scope of work expands, there also becomes a need to capture additional information about the broken down tasks and begin to track them independently with different owners. The benefits of breaking work down include....

We have previously introduced epics to next-gen, and the Roadmap to track them, which provides a way for teams to capture big rocks and break those big rocks down. But as we’ve seen in the classic Jira experience, and in our research with teams coming from other tools, many teams need a way to break work down into more discrete and manageable chunks. For teams with this need, we are now introducing subtasks.

One of the most fundamental changes we have made with subtasks in next-gen projects, relative to classic, is that we now have a formalised hierarchy. In classic projects, subtasks could be created from any other issue type whereas in next-gen subtasks can no longer be created directly under epics. The following is a visual example of this hierarchy

Example: Acme Inc are about to kick off a project with the goal of increasing checkout conversion for their online shopping cart. The product manager identifies that there is poor conversion for non-English speaking countries. The feature lead arranges for the checkout to be translated based on the users locale.

What's in this first iteration of subtasks?

Note: It’s worth mentioning that users can also visualise other types of work that haven’t been broken down yet (or don’t require it) in these swimlanes.

You can see sub-tasks in action in our Demo Den below.

Why has this taken so long?

We’ve been working on decomposing the Jira application into microservices as we build out next-gen. With the decomposition, we are also rearchitecting how our boards work to provide us with better performance at scale and we are setting the product up for new capabilities in the coming year. The complexity of untangling 17 years of legacy code has been more challenging than expected, but ultimately the rewards we will get will allow us to move much faster in the future.

We’ve also learned from our first iteration of work breakdown, where we made epics and Roadmap available. We didn’t make the new links between epics and their children backwards compatible with classic projects which has caused some pain for when users have moved data between the project types and has introduced limitations for marketplace apps that were reliant on issue hierarchy. We have included this in the scope for subtasks, and we’ll soon be closing this gap for epics as well.

What’s coming next for subtasks?

We will be monitoring usage and feedback to help us understand the value you are getting from subtasks, and this will help inform the prioritisation of incremental improvements. For example, we already have on our radar to make the following improvements…

What’s coming in the future for work breakdown in next-gen?

As well as some incremental improvements for subtasks, we have a number of more bigger chunks of work to come for work breakdown. These include (not in priority order)…

We have rolled out subtasks to almost all instances and we are in the process of completing the remainder of the rollout. If you are unable to add the subtask issue type, then don't worry it's coming very soon to your instance.

The so awaited subtasks are here!, I'm so excited to see this feature rolling out, our team has been waiting for it for sooooo long. Here's some feedback after the first taste:

Those are my 2 cents by now.

Btw, thanks for the big effort!

Well done!!! Please introduce the ability to rank (I assume this to be sort/reorder) Sub Tasks fairly soon.......or is this already available and I just am missing the way to do it??!!?? 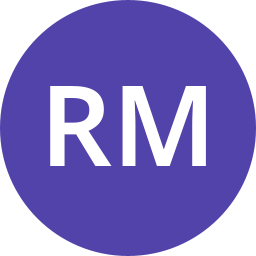 Can you provide more specific instructions for this? I see a "add issue type" button but no mention of subtasks, so it's unclear if I should see something else here.

I'm aware it may not have been rolled out, but some more detailed instructions would be great. Thanks! 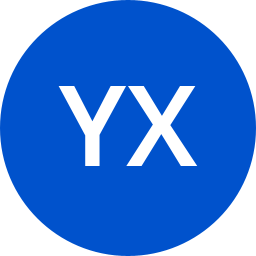 Great news! Any ETA on when the rollout will be complete? I don't see 'Subtask' under 'add issue type just yet.

@Ran Magen @Yi Xu  can you email me your site names (<sitename>.atlassian.net) at eryan@atlassian.com? Thanks Is it on the roadmap to be able to create custom subtask types like we can with classic projects? Thanks for releasing it @Eoin. I know you are going to make a lot of people happy in our company! Congrats' to the team.

@Eoin  Is it already rolled out or does that happen in waves?
Unfortunately, I still can't see anything and neither the enddates on the board: mobilejob.atlassian.net

The difference is that it took one month to deliver that basic feature :)

We will be monitoring usage and feedback to help us understand the value you are getting from subtasks, and this will help inform the prioritisation of incremental improvements.

Next-Gen idea is like building Jira from scratch... Please do not wait for feedback too much and ask people to vote on it again.. Basic features that where there for years should be there ASAP and those heavily voted on on short list (like for example sub-task of a sub-task that gathered over 1200 votes) ... That is the best time to improve the product not just optimize the legacy code to work better on Cloud infrastructure..

We should not reinvent the wheel again but really hit that "next generation" so that people get more from Atlassian software.. not less for more money, so please be aware if those "nice" features that were already in core product would become only available in Cloud Premium that is not a good way to go.. Why the big todo on this? You've finally added basic functionality, sub-tasks, to your next gen that classic has already had? This isn't amazing, this is parity. Like Mirek said above -- sub tasks within sub-tasks.. THAT would be something to get excited about. We don't issue gold stars just for showing up to class. 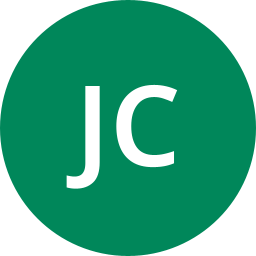 When will all users have Sub-Tasks available in NextGen projects? I am not seeing them.

Please allow us to change the WORKWEEK! Not everyone works 5-day M-F jobs :)

I want to have 7-Day workweeks, so my sprint duedates are more accurate!

Thank you!  No more creating "Task" issues and then relating them to a Story.

@Eoin Can we get an update on the rollout? Emailed you last Thu.

@Eoin  Emailed you the domain name. Can you please let us know the roll out date.

Is the subtasks only suppose to be shown when you choose to "group by subtask"?

I cannot get my board to show subtasks otherwise... 😕

Reading through the comments above as well as the notes of features to come. I have to say that without automatic calculation and basic reporting the product is essentially useless. Such items as seeing points per swim lane, done per sprint, graphs that show points in each swim lane over time, etc. These are basic stats that must be tracked so you know the scope and state of your project; it's agile 101.

It seems to me that certain other aspects such as automating workflows, making actions, subtasks of subtasks, converting this to that are niceties that can be worked around procedurally by the team.

Basic display of agreed-upon truth is key to a project. One of the reasons we stopped using trello is that each of backlog/point graphing add-ons gave different results. It matters when it's client facing and you're billing by the point.

From my point of view having the feature of at least story (and maybe at some point subtask assignment) visible and configurable directly within Epics is crucial for the functionality of the product. Thinking about Epics only in terms of roadmaps is not very useful and in fact, I've never particularly thought of conceiving of them in that way. Having your software coupled in such a way does not seem very agile I suppose.

@Larry   Epics aren't for Roadmaps? Not thinking about them as Roadmaps? Hmmm...

I don't see how you can think of them in any other way to be honest. I link up my Stories to Epics, and to me, that's basically all I need. Click on the roadmap Epic and see all the child issues assigned to it. Obviously you can (and on one project I do) link tasks as well to the Epic. So I'm more curious as how you use them.

Roadmap is nice the way it is because any head honcho can just go in and look at the Roadmap and see the overall progress without trying to get into the nitty gritty details.

Of course this all depends greatly on how you build your backlog stories/tasks as well.

The biggest issue I have here is that Next-Gen tries sometimes a bit too hard to simplify things to the point of regression of basic Agile/Scrum/Kanban principles.

I want more customization in Next-Gen. Right now it is so gimped... I like the "distributed model" vs "central", but not at the cost of oversimplification that it's a detriment.

So, in closing. By allowing us more freedom with Next-Gen, not gimping it like heck, we can customize it more to our workflow and liking.

Don't tell us how to do Agile, Scrum, Kanban @Eoin let us decided with the tools you provide us. That's all we need from Atlassian, tools :)

And now we can finally transition to next-gen projects. Thank you!

Epics aren't for Roadmaps? Not thinking about them as Roadmaps? Hmmm...

I don't see how you can think of them in any other way to be honest.

Not everyone will link epics to roadmaps. We don't. To me an Epic is a large story. I presume you don't have all stories in your roadmap, do you? We use Components as the roadmap element from within Jira.

Not always good to presume everyone should work the same. Especially when advising developers on how to build core functionality. 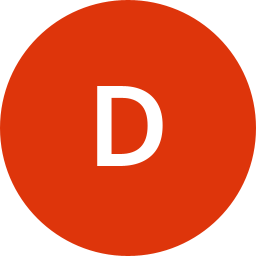 When will it be possible to see the workload per person in a next gen project? :-)

Can you make the Roadmap in GANTT?
That would be a great add-on!

If your answer is yes... when can you deliver it?

Good time estimation is foundational to project planning, but it is hard to predict when a team will deliver software. Estimation is a great way to keep the team agile. By creating a shared understan...