Setting up next-gen boards and backlogs for optimal performance

My name is Ivan, and I’m a Product Manager working on next-gen projects in Jira Software Cloud. Based on previous conversations with customers, I’ve noticed some UI settings that result in slow performance on next-gen boards and backlogs.

I understand that every team is used to their unique way of working, but we have some recommendations on how to set up your next-gen projects in order to improve performance.

Note that next-gen is different from Classic, as it has a feature toggles setting page to enable you to change your agile methodology to adapt your working style to the dynamic environment. 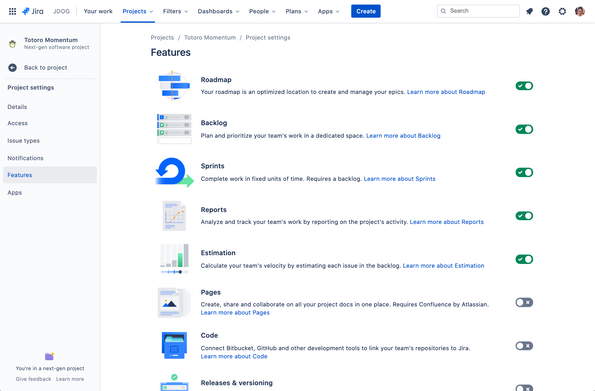 Board and backlog / settings recommendations

There are a few ways to reduce the number of issues.

If your project has enabled Sprints (Scrum teams):

If your project has disabled Sprints (Kanban teams):

Clearing your “Done” (resolved) issues from the board (see Blog on Manual Board Clearing).

If your TO DO column on the board has many issues, enable Backlog:

If your team does not practice continuous releases:

If your team does fixed releases (meaning that you don’t release to customers whenever it’s dev-complete, but wait for a scheduled time monthly or quarterly), then it would be better not to have a column on the board representing issues waiting for a customer release. 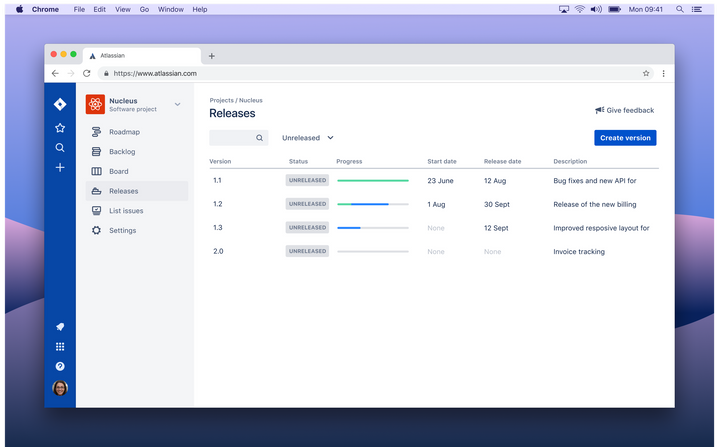 If your team uses GROUP BY EPICS on the board:

If you use a mix of mouse and keyboard: 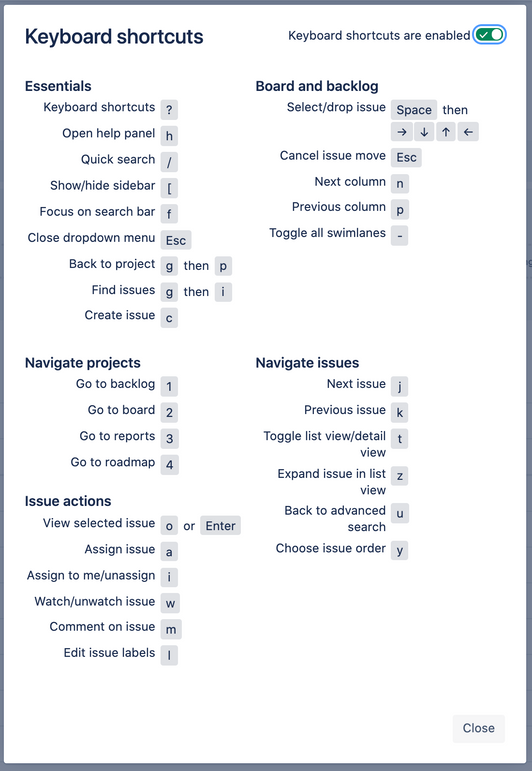 If you want to edit issue fields in backlog during backlog grooming and sprint planning without opening issue:

If you want to create issues with relevant fields without opening issue:

Avoid using the Global Issue Create, and use the Filtered Issue Create instead. This will allow you to create the fields you need without having to open the issue view and then editing the fields.

Multiple tabs can impact browser performance. Each tab eats up memory that slows down the CPU, which causes the computer to work harder to load up Jira as Jira also has to consume memory.

Using bookmarks causes pages to reload all assets. Bookmarks lead to a refreshed initial load which downloads all assets from scratch. Instead, use transitions if you’ve already loaded that view in the same session.

Be aware of what other apps are running and use the Task Manager (Windows) or Activity Monitor (macOS) to keep an eye on CPU and memory utilisation.

Thanks for centralizing many of the concepts for NextGen board usage, and explaining why performance management via settings is needed for this newer product from Atlassian.

Please also consider looking at some of the NextGen versus Classic project differences, and where performance may suggest switching back to Classic.

@Bill Sheboy There are some main differences between Classic and next-gen, which I didn't want to go into here too much as it'll be a rabbit hole, but since you brought it up, I'll mention them.

We built next-gen through years of research where customers who wanted to adopt more agile ways of working believed that Classic's style of centralized project administration felt restrictive. We developed next-gen to allow teams to be more independent and autonomous, as many agile teams today have different ways of working within the company.

Next-gen was built to beat the competition, not to compete with Classic. However, there was a lot of comparisons between Classic and next-gen as they both lived within Jira Software.

Because we built next-gen from the ground up like a startup, it lacked a lot of power that Classic has in terms of features initially. However, we've developed a lot of features over the past year and things like subtasks, reports, releases have been built to satisfy the needs of teams with basic needs. We're also going to be shipping the highly-demanded workflow editor in the coming weeks, it's already shipped to new customers (existing customers is next).

We launched to the market so that we can grab back market share for software teams that would have never considered JSW in the first place, and many customers who churned to our competition (for ease-of-use) have returned. Now we need to continue building out our feature set to satisfy the needs of advanced teams (and existing customers), which we will over the next few years.

In terms of project differences in terms of performance, there are some things that exist in next-gen today that increases efficiency and performance that does not exist in Classic, such as using a backlog for non-sprint boards, manual board clearing that isn't tied to Releases, quick edits and filtered issue create. There are also some things that exist in Classic that help with efficiency and performance that don't exist in next-gen YET, such as custom quick filters, multiple boards per project and some others.

Next-gen today is currently slower than Classic for larger backlogs and boards, but we're working hard to address that with a series of experiments.

We're aiming to slash load times by 2-3x before doing a larger marketing campaign around our work, so bear with me while we're at it! Please feel free to schedule a chat with me if you need to chat about performance concerns.

@Ivan Teong thanks for your response and additional thoughts.

It is good to hear some of the thinking behind the decisions being made for NextGen.  Often for Jira features, some of the choices seem unclear in the "what problem is being solved"/value-add area.  :^)  Which is why customers may be frustrated by going to the effort to craft suggestions in public backlog to help the community, only to find great ideas languishing for a decade or more. (not an exaggeration)

Please keep up the good work, and best regards,

@Ivan Teong useful information please keep up the good work and sharing your knowledge with us.