I am looking for some kind of whizz to help me understand how to assign automation's to my workflow based on fix versions and releases. (TLDR at the bottom)

My workflow has 4 levels in the hierarchy;

I have automation set up to transition the status through the hierarchy, such as when User story moves to status "In development" , Epic transitions to "In progress"

I also have automated sub tasks being kicked off to ensure that design is taking place at Epic level, and standard tasks are set for dev teams such as "Handover to QA" or "Code review"

What I would like to happen is to have a calendar of fix versions for each environment; Test, QA and PROD in my release module.

When fix version is released, linked User Stories would move to "In Test" status.

When fix version is released, linked user stories would move to "released"

Appreciate any feedback I can get on this!

Just to confirm we are on the same page here, I believe you are using some kind of add-on to perform the automation between the hierarchies of your workflow, so you are looking for a way to perform this same automation but triggering when the issue version is released. Is it correct?

I'm not sure which add-on you are currently using, but Automation for JIRA Cloud can help you achieve this, by configuring a simple rule like below: 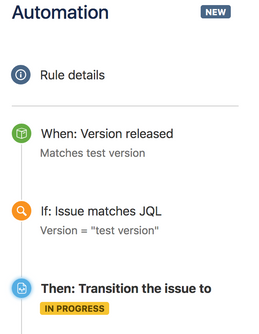 Let me know if this information helps or if you have any questions.

Thanks for this, Automation for JIRA cloud is what I am using.

I was missing that JQL piece...

Will have a play around with this today and come back to you :)

Okay, so this would work, if my fix versions were static names, but it would be more like contains "test"

how do you do this? my automation is providing me only fixed options to only choose from and 'version released' is not available. 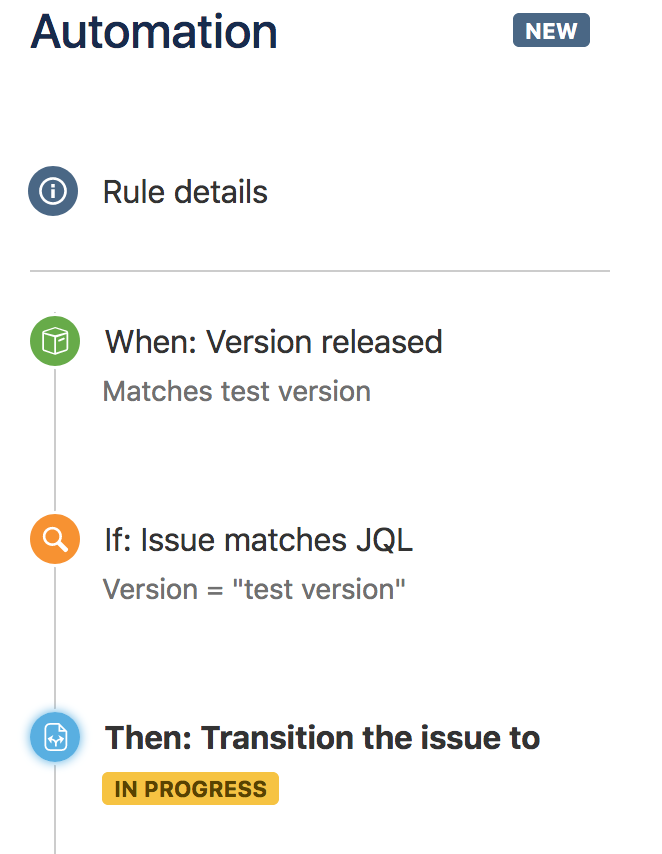