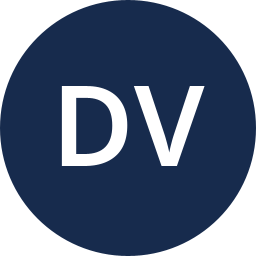 I'm getting out of memory (oom) errors on a system with the following specs:

We have a large import job--1000s of new issues--and subsequent REST API-driven updates with built-in 15 second delays.  We started hitting ooms after 75 minutes, and have bumped up Xmax from 2GB to 3, then 4 then 8, now 16. We were failing with ooms after 75 minutes at first.  Now, it takes a 3-4 hours before CPU utilization jumps to ~80% and GC errors multiply- and eventually ooms.

I've looked at the sizing recommendations, but all are based on scaling multiple dimensions simultaneously: issues, users, projects, etc.  We only have issues at scale.

I'm digging deeper into plugins, indexing, searching performance as suggested by other posts, but i'm hoping there is an obvious thing to try, like "Oh yeah, issue count is the dominant scaling factor because of xyz so double your instance size to 16/64".  Or "tune your gc according to recommendations in this document" or "it's definitely a search problem, try to optimize that".

Please note that we have been steadily scaling with this process for over two years, and have only experienced this problem two or three times, however this week it's been in the headlines consistently.

Sorry to hear that you are having performance issues with Jira Server here.  Thanks for detailing the specifics of your environment here.

First I should start off by letting you know that the specific version of Jira you are using right now (7.7.1), is known to have a number of performance problems for very large instances like yours.  Namely, there are a few bugs we have fixed in later versions that you would noticeably benefit from with an upgrade to Jira itself, such as:

That is not even a comprehensive list of the improvements made, but each of those issues document a bug that I believe you could be seeing here that is fixed in later versions of Jira.  In addition to those noted performance improvements we have made, there have been a number of high and critical security vulnerabilities recently disclosed for Jira server.  More details in https://confluence.atlassian.com/jira/security-advisories-112853939.html.

That said, there are a number of steps you can take without upgrading to try to improve performance and/or help identify the performance bottlenecks here.

I suspect you are seeing a number of performance problems specific to indexing in Jira.  This was a very common performance bottleneck in that version of Jira, which Jira 8 overhauled immensely. But it's also possible that if you're using other plugins with Jira that these could be putting an additional overhead on the system that might not really be noticeable until you scale to a size like yours.   I would start with these steps, please let me know if you have any questions or concerns here.

Hi Andy,  Thanks for the all these recommendations.  I'll update the ticket here with status as we proceed through them.  I'm expecting to resume stress testing in earnest in the next week or two.