How do I include attachments in JIRA notification emails?

Is there a way to include the issue attachments as an attachment to the JIRA notification emails?

I have an interesting use case that I'm trying to solve and unfortunately it involves including the issue attachments on the Create Issue notification.

JIRA doesn't do this, vote for https://jira.atlassian.com/browse/JRA-6207

If you use script runner you can add a post-function that will send a mail that will include attachments: https://jamieechlin.atlassian.net/wiki/display/GRV/Built-In+Scripts#Built-InScripts-Sendacustomemail

But you need to define the mail template, you cannot reuse the standard velocity templates.

Most people use this for things like approvals or sending to external vendors or collaborators, where you just need some brief text and the attachment(s).

I do not think you are wrong, per se. But I'd argue there are several cases where it's useful to have the content inline. For 1), screenshots, I can see a new comment and the supporting images and don't need to open jira. Conversely, by your argument a mail notif could just say "something's changed, click the link". 2) Sending documents to externals that don;t have jira access through firewall, and may have created the issue by incoming email. 3) generated files that are not actually attached to the issue at all, eg PDF approval documentation or whatnot. I don't really think the CMS argument is valid, because it's not as though people expect to update the attachments and then send them on.

Another way to send attachments from Jira is by using Raley Email Notifications.

This article explains the options available in this plugin.

You can try our add-on Smart Attachments with the post-function Send Attachments to Email https://docs.stiltsoft.com/display/CATAT/Managing+Workflow+Post+Functions

For my case, I'm using JIRA at church... people are emailing a regular email address and that creates issues in JIRA... and I usually work on things and I need the original attachment to an email to be sent out to other people who are not JIRA users. Why are they JIRA users? JIRA is prohibitively expensive for me... I don't mind paying $10/year for 10 users... but I have more "users" than that and my church isn't going to pay $1200 for 25 users. Hence the need to email attachments to people outside of JIRA. Maybe I shouldn't use JIRA for this... unfortunately, I really like the product and consider it extremely flexible and helpful in managing all the projects we have going on... I just have to be a little creative to stay under the 10 user limit and emailing attachments like this is perfect. 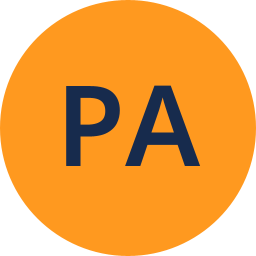 I would argue, why? That involves sharing across loose files across the wire; the whole point of a CMS, which is essentially Atlassian, et al, is to preserve a single copy of content, especially attachments. Why send them loose when the user should click the link to go there? I welcome being wrong.