when I try try this, it will work for first comment added but future comments between my JIRA cloud projct and JSM project will not be added: 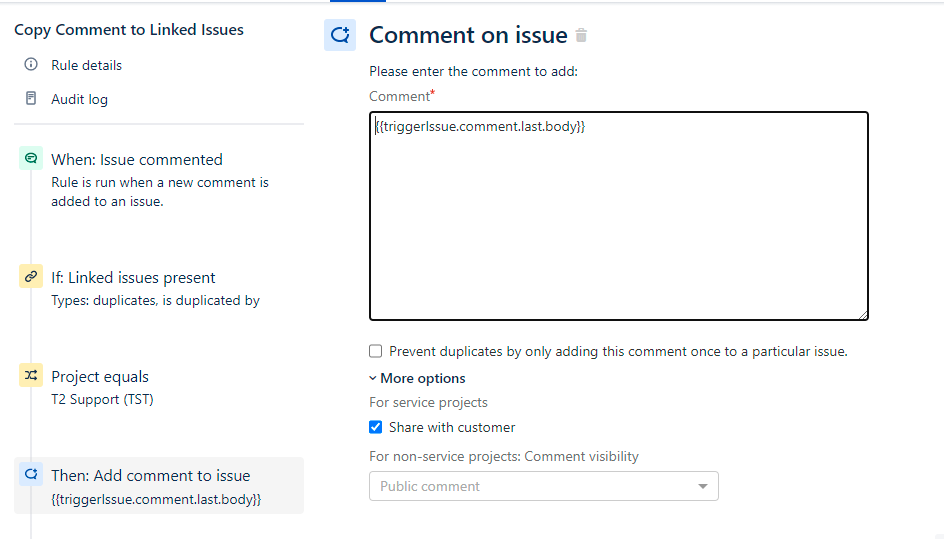 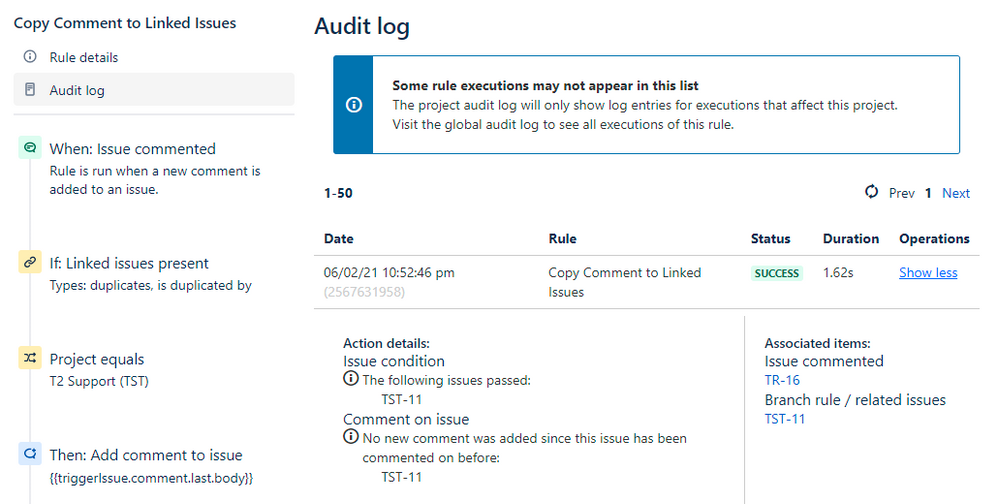 When I try using a branch with condition to linked issues  it will run in a loop and add multiple duplicate comments.

I simply want to add any new comment added from JIRA cloud ticket to linked JSM ticket.  If not JSM is useless to me as I dont want my team to have to maintain both JIRA and JSM tickets independently. From your screenshot, it appears that the "Prevent duplicates by only adding this comment once to a particular issue" checkbox is unchecked. However, the audit log message is the message that we provide when a comment is prevent _because of that checkbox_.

That's actually a minor point as the configuration of your rule won't do what you're intending. A rule configured as in your screenshot will add a duplicate comment the issue on which the original event was triggered. That is to say, when a comment is created on issue A, if issue A has a linked "duplicate" issue, issue B, a comment will be added to issue A containing the contents of the latest comment on issue A.

I was able to create the automation that I believe you're after and have provided screenshots of that automation from my own instance.

Of note, two important pieces of configuration are shown: 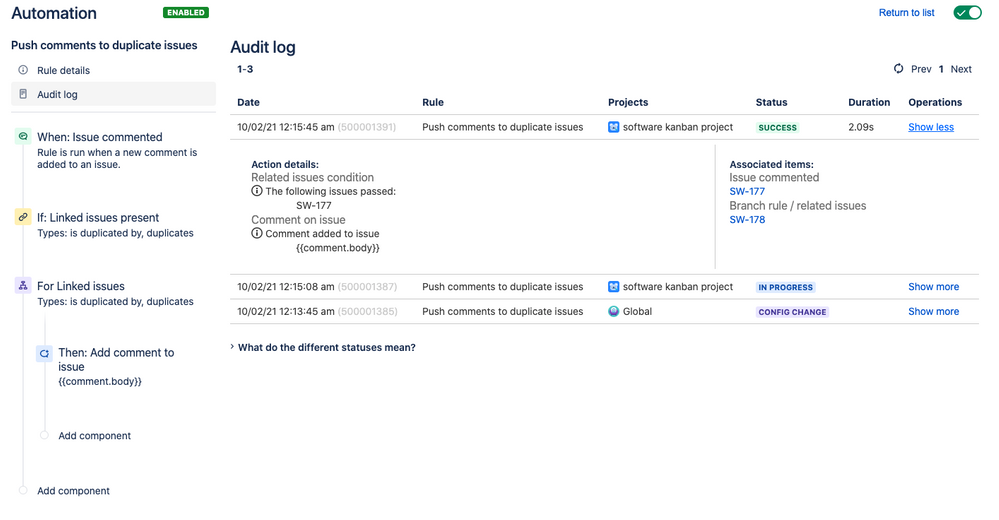 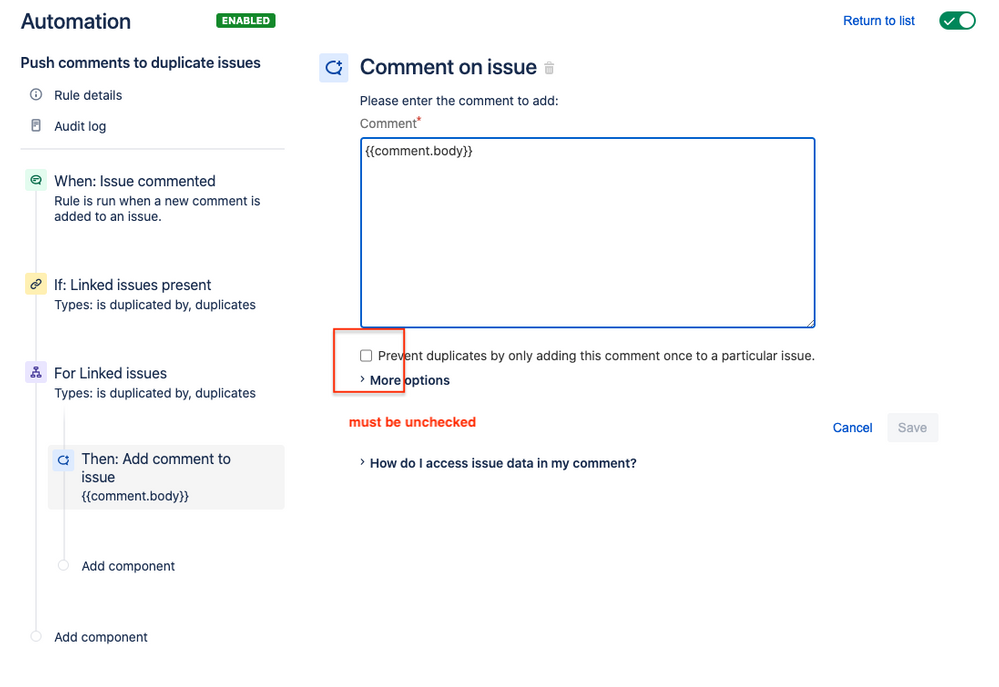 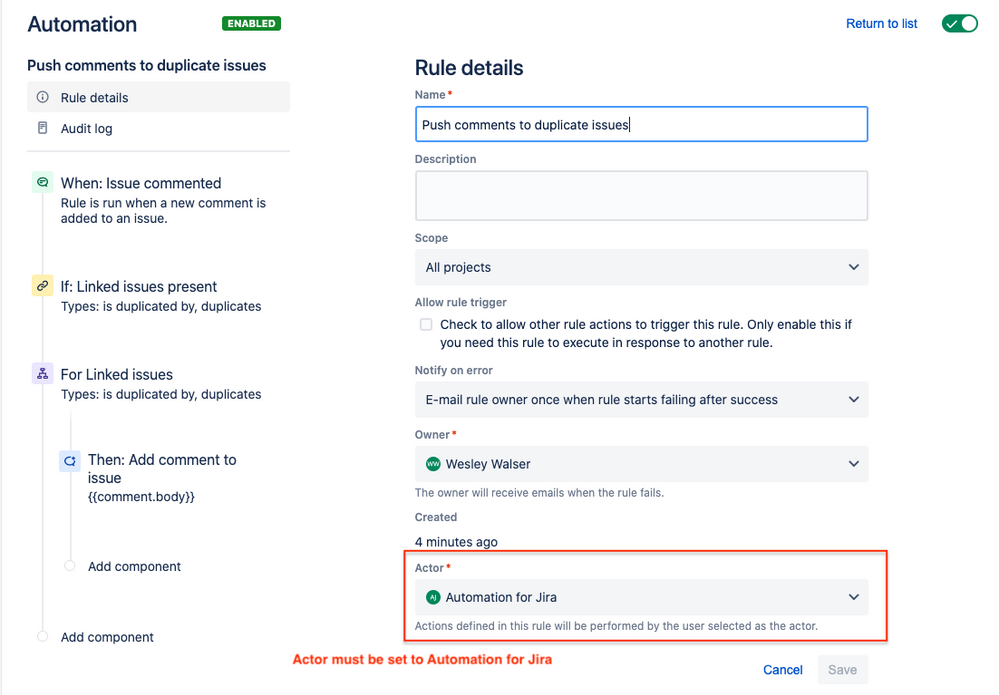 Thank you Wes.  I hope to become a JIRA Automation expert in the near future.  Very powerful.  I appreciate your time and excellent documentation of this rule.

Check your comment rule to see if you have it set to not perform duplicate action.