Understanding the Cycle Time of Epics in Jira

Here's what Nick covers in the article:

Agile teams strive to continuously improve every aspect of their operation. Agile organisations do the same. And to effectively improve an organisation we must understand current performance so we can identify opportunities for improvement.

In this article we explore how an organisation can improve planning and collaboration across teams by understanding the cycle time of epics in JIRA.

Cycle time is the time an item of work spends 'in progress'.

Lead time is the amount of time an item of work spends awaiting work and in progress (i.e. from when a customer raises a request/ when the work item goes on to the backlog until it is done).

Jira Software includes a control chart which enables you to drill into issue data in Jira and identify cycle time. And understanding cycle time can be really helpful for improving the performance of an agile organisation.

We will focus on cycle time in this investigation, although there are situations where lead time can be equally important.

Teams often use the Epic issue type in JIRA to denote an experiment or project. Or there may be several epics across several teams which together comprise a program of work.

Understanding the time taken to complete an epic can help an organisation improve dependency management, collaboration between teams, and project success.

Some questions that we wanted to answer at Twitter in 2013 included:

For more context around the approach we used at Twitter see Collaborating Across an Enterprise: Quarterly Planning at Twitter

Being an agile organisation at a team of 1 is easy, at 10 teams it becomes more difficult, and at 300+ teams — like we had at Twitter — it can be quite a challenge.

We believed understanding epic cycle time would allow us to improve flow across the organisation, and improve collaboration between teams.

To successfully conduct this investigation we needed to standardise all 300+ teams on the same workflow so we could gather data and generate standardised reports. We found it was easier to get a baseline and understand when we’re talking the same language (at scale).

This is a simplified example of The Twitter Way — Epics workflow. Epics would be created, moved to In Progress when work began, and they would then move to Resolved once complete.

At Twitter we also had two optional steps — Accepted and Shippable. Accepted showed that a team had put the epic in their backlog of work to deliver and Shippable showed that the epic was in a holding pattern, perhaps waiting for experiment results or an Apple App Store submission.

As every team chunks their work differently we can not compare one teams epic to another teams. This is just like comparing story point estimates from team to team — it does not make sense. However at a certain scale we had sufficient information that the way a team chunked their work did not matter — we had enough data to discern patterns across groups (collections of ~20–80 agile teams with a product focus).

Unfortunately Jira Software decouples the status of an epic from the actual workflow using a custom field called “Epic Status” (Jira Status vs Epic Status). This meant we could not check cycle time for epics on a kanban board as the epic was never moved to the In Progress or Resolved state.

To get the data we needed we decided to sync the Epic Status field from JIRA Software to the actual workflow steps which we can build a control chart report from.

We took the Epic Workflow, as above, and added transitions between each step with a post function that updated the Epic Status field. This post function is the Update Issue Custom Field post function from JIRA Suite Utilities.

For instance, the “Start” transition was present when an issue was in the Open status. When this transition occurred the Epic Status field was set to “In Progress” and the issue was placed into the In Progress status.

This is the final result, a post function that is executed every time an epic is transitioned from Open to In Progress. Similar post functions were present for each transition ensuring that our cycle time reports had the correct data.

Voila! We now had a transition and a post function for each step of the work ow which kept the Epic Status in sync with the JIRA Status and The Twitter Way — Epics workflow.

This allowed us to understand the cycle time of our epics.

The Control Chart is the tool of choice for exploring cycle time of epics over time. Find it via the Reports tab in JIRA Software. Here is an example control chart showing an average cycle time of 1.7 days:

We created a Kanban board in JIRA Agile that pulled in every project (one project for every team, so over 300 projects) and the epics for those projects.

The Project Category in JIRA was used to capture those groups which comprised ~20–80 teams.

We could then see all epics from all projects in the Product & Engineering organisation on a single control chart. With Quick Filters we could cut by group, experiment, etc. It was a very powerful tool for helping us understand our organisational throughput and WIP limits.

Do you track cycle time in your agile organisation? What have you discovered?

I think this article is tremendous, and I'm glad it was posted.  Thanks, Teagan and Nick!

this was just what I needed, thx

Thank You Nick Muldoon for post, looks helpful. These measures are looking really great, 1.7d for EPIC. Do you have ability to post one example of EPIC. Are You measuring Cycle time of Stories? Thank you

Haha @igor_djukic, not that great in practice.

We were able to break it out into four rough groups based on elapsed time:

We could then do a relative estimation exercise where we would write up a few past projects on post-its, stick them on the board in S/M/L/XL columns and then add new epics to each of those columns after they were presented by Product Managers.

That worked quite well for sizing future epics.

We did measure cycle time of stories/tasks/bugs. We were interested to know how much time issues spent in the Code Review step. I worked with one team, for example, that had issues stuck in code review for over 10 days. By which time the code base had moved on and there was rework to be done. We slowed the incoming work to address the bottleneck (drum-buffer-rope).

Thanks Igor, have a great day.

@Nick MuldoonThe link to "Viewing the Control Chart" is broken, I would love to follow you advice here.

Looks like Atlassian had moved that documentation page. Here is the new link (also updated above): https://confluence.atlassian.com/jirasoftwarecloud/control-chart-777002660.html

Thank you for taking the time :)

Nice article, thanks for sharing! 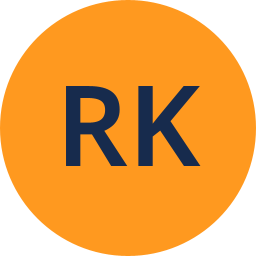 Thank you for your time in sharing this with the community.