Once an Unsubscribe/Subscription expiration is triggered while having Okta provisioning active, the SCIM virtual directory will stop to sync the users/groups from Okta to Atlassian, and these groups will become normal local groups at the instance level (https://<example>.atlassian.net). After re-subscribing a new external directory must be created. See Configure user provisioning with Okta for more details.

The directory used for user provisioning is removed and in order to avoid the loss of the synced groups, groups become local Atlassian objects.

Since Pushing a group from your IdP that has the same name as a group in your organization is an unsupported feature you can rename the group to sync again ( remember to remove the old group after ), if it’s needed to push the group with the same name it will be required to delete the local groups from all instances they’re related to and group push them from Okta to Atlassian again ( a heads-up here, once deleting you delete the Group from Jira you'll remove the permissions schemes and project roles related to this group, those will need to be re-added later ). Otherwise the sync will try to push the groups from the IdP to Atlassian, but since there are already groups with the same name in the Cloud site, no change will occur and the groups won’t be provisioned. In order to provision the groups once more the step-by-step process you can see below:

1. Select your local group/s under Group menu at the admin's page (https://<example>.atlassian.net/admin): 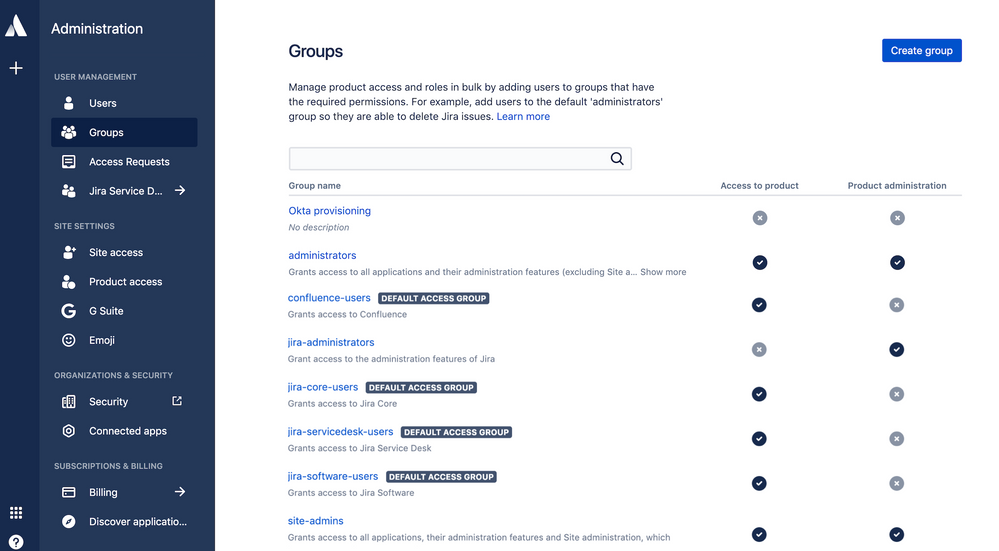 2. Use the Delete group option: 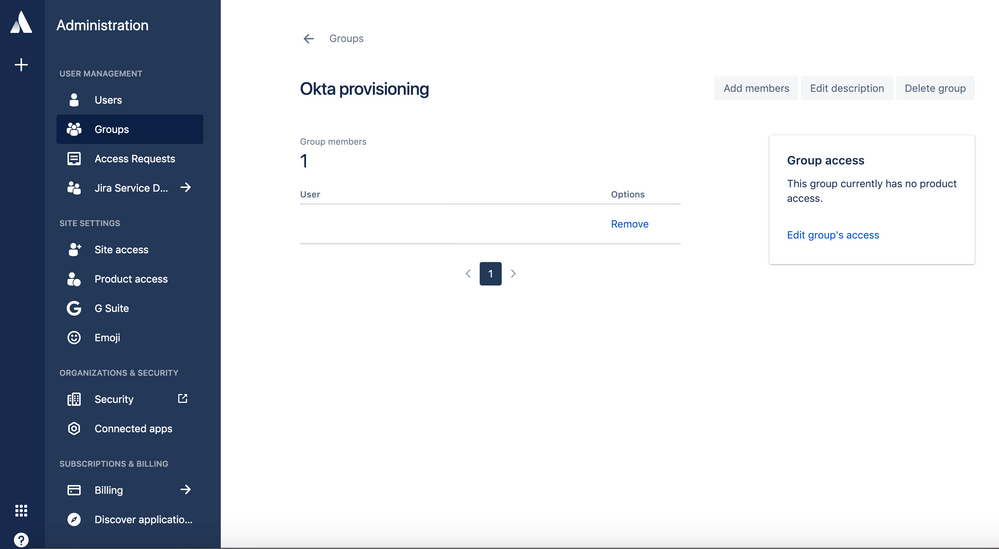 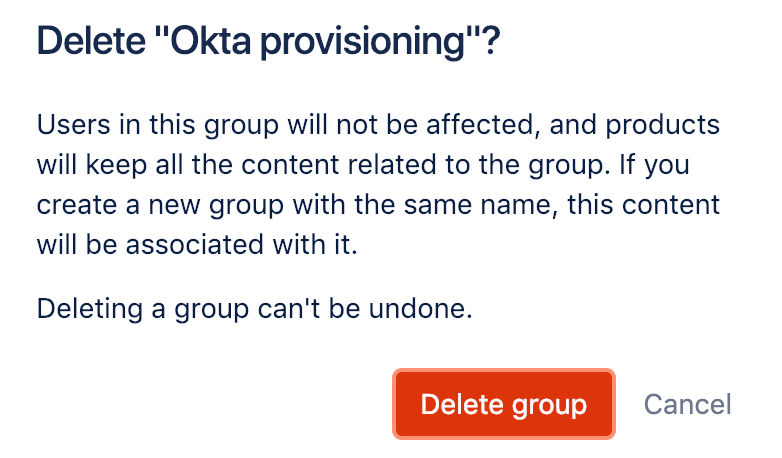 4. In Push Groups section under your Okta app, use the Push now option to re-create the group/s: 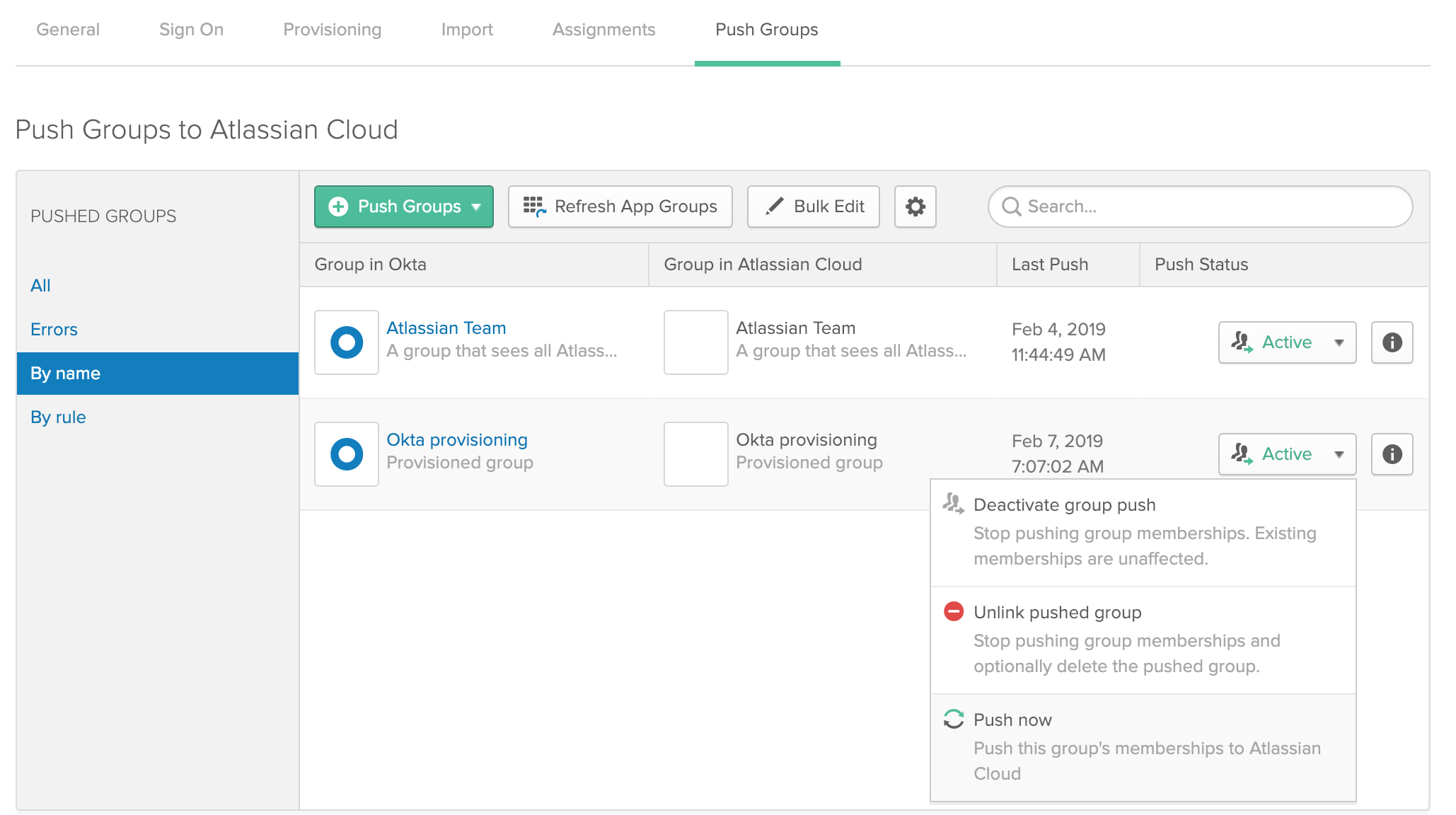 Concluding those steps the groups will be re-added to the application and you'll have to apply the permissions scheme and project roles that are desired to the groups.

Thanks for sharing, Matheus!