Planning and Forecasting in Jira: Part 4

All the Atlassian tools are great in their own way, but for the most powerful planning capabilities, I use Jira.

Within Jira, you can plan using boards, the roadmaps feature, or any of the apps from the Atlassian Marketplace.

There are three types of roadmaps.

Plan and track for a single team 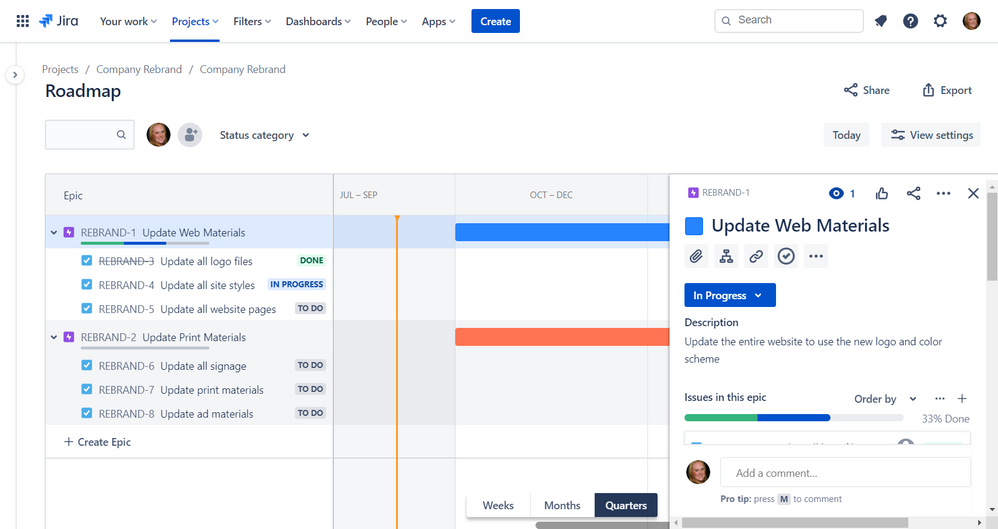 In the example, large pieces of work are planned at the epic level. An epic is work that encompasses many smaller issues. The term is borrowed from Agile methodology but it’s useful for any type of team. It provides an easy way to group related work. 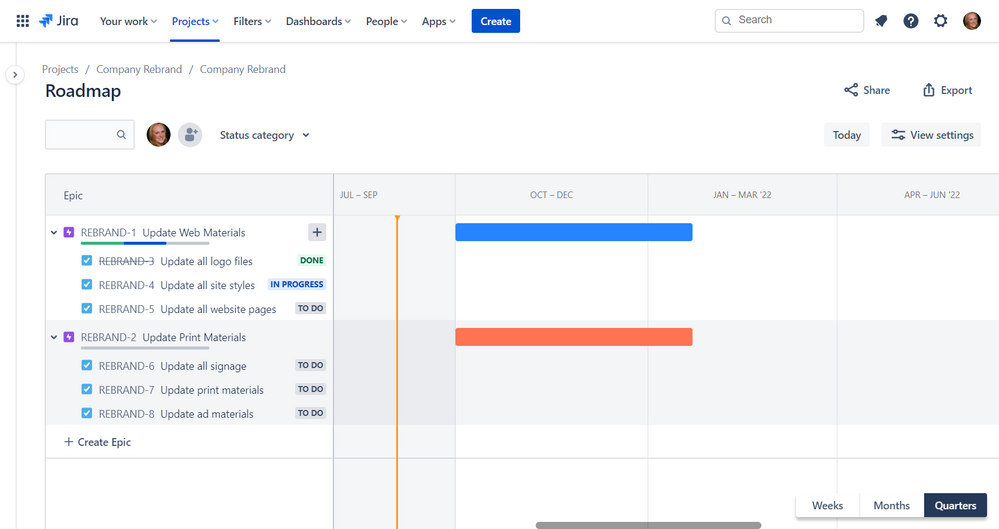 The roadmap shows the progress of each epic in real time. An epic’s start and due dates are reflected as colored bars on the timeline. In the example, both epics are scheduled to start and end at the same time.

Also shown are the issues in each epic and their current status.

Plan and track across multiple teams

In Jira Software premium and Data Center, there’s an advanced roadmaps feature to plan and track work across multiple teams and Jira projects. This roadmap version was originally provided by an Atlassian marketplace app called “Jira Portfolio” or “Portfolio for Jira”. These days it’s called “Advanced Roadmaps” and there’s no additional app to install.

This roadmap version has additional features like unlimited levels of hierarchy above the epic level and advanced dependency tracking. With advanced roadmaps you can see team capacity for each sprint to make sure users can complete the work scoped.

Finally, you can create multiple roadmap versions to try out best and worst-case scenarios.

Plan and track across an entire organization

The third roadmap tool is called Jira Align and it’s for enterprise customers. Its features allow real-time visibility across the entire organization.

Use Jira Align to:

See the documentation for more information about the types of roadmaps.