Jira Customization to the Next Level

Jira Customization to the Next Level

Jira, the project and issue tracking tool from Atlassian Inc., can be customize-able to suit ones needs and desires.    From customize-able dashboards, to a flowchart-based interface to make a workflow be anything one wants, to plugins that allow anyone to become a developer, Jira has built in customization's that are the best around.  However, as per the industry today more is always demanded.   That is where the I have taken it to the next level of customizing.  To a point where it would not even be recognized as the standard Jira.     Though use of the CLI, Command Line Interface, from the Bob Swift set of plugins for Jira and basic Apache web design, I can create what appears to be an entirely different look and set of tools.  This article will take a brief look into a small sample of what I have done.

This project started with my customer wanting something for which Jira and the plugins did not accommodate, which is the ability to take the power Jira and make a completely new interface.  Given a JQL (Jira Query Language not Java Query Language), for each issue said JQL finds, this tool will list the issue, the current status, the length of time in that status, and list how long it has been open in days. Then it will compute the average and median.     It will also do this with a completely separated interface, that can be customized to anything desired.    How, one may ask?    By using a basic Apache web server with some simple html and cgi-bin code the user can get any look and feel they want including incorporation into their own intranet homepage.   For the above tool by using some basic tables and html, I can give the following look to a customer inside their website. (see Figure 1)

This will allow the user to input any JQL and have the checkbox option to also list given fields they sometimes they wanted to list, and other times did not.     The interface was written with html and upon entering a valid JQL and hitting submit the user will be redirected to the cgi-bin code that will do what is requested with output as seen in Figure 2. 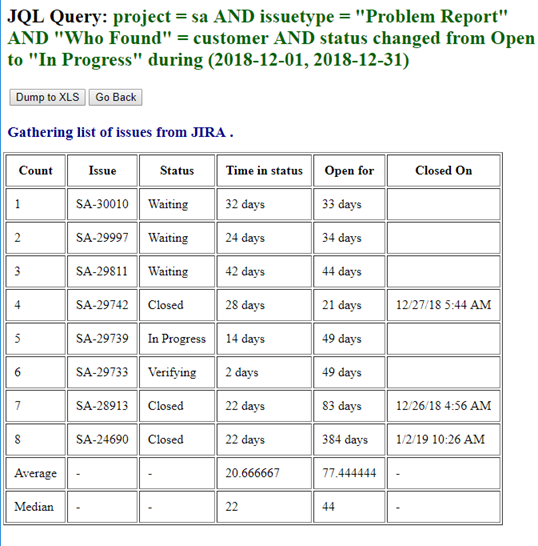 The complete look-and-feel was completely directed by the customer.

From there several other tools were requested and created in relatively small amount of time, such as: 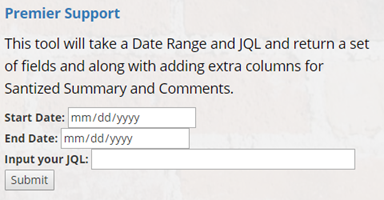 This set of tools can be run 24/7 simply by visiting the website and running the query.

From there it was requested that upper management not have to use the tool and just have information charted out.  So, using Linux cronjobs each month data is gathered and fed back into a static html page.  Then with a standard google chart the following can be seen and displayed with, other than the first implementation phase, zero effort and time on anyone’s part.  A few examples of this are shown in Figures 6 and 7.

So, as can be seen, Jira is limited only by the imagination and can be completely integrated into any other web interface desired, including the companies personal intranet web-site.

@Robert G. Nadon  Thank you for sharing this is amazing! I am tempted to try some of the tricks here. 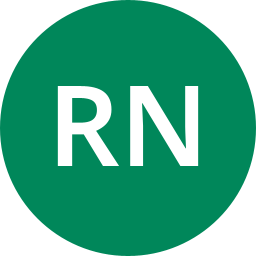