Making a move from Story to Project Root, if the starting state is To Do that is a common state to the two worflows, the Project Root inherits it without possibility of modification.

Is it possible to make the Project Root go in Open (i.e. its creation state)?

In the attached image I highlight in yellow the states common to the 2 workflows:

on this Jira software I have both automation for Jira and script runner. With automation I've seen that you always have to specify the Jira project for the "moved issue" event and this is a problem for me because there are about 200 projects where I have the issue type story and project root and I would like to do something generalized.

how can i do otherwise (possibly using script runner) ?

Then you could add some automation (Automation for Jira or ScriptRunner or something like that) for when the Issue Type is updated and the Issue Type = Project Root, then transition the issue to Open.

I try to explain myself better, look at these images, they are my attempt to use automation for Jira (now I think it's called Project Automation) but I can not understand why it does not work 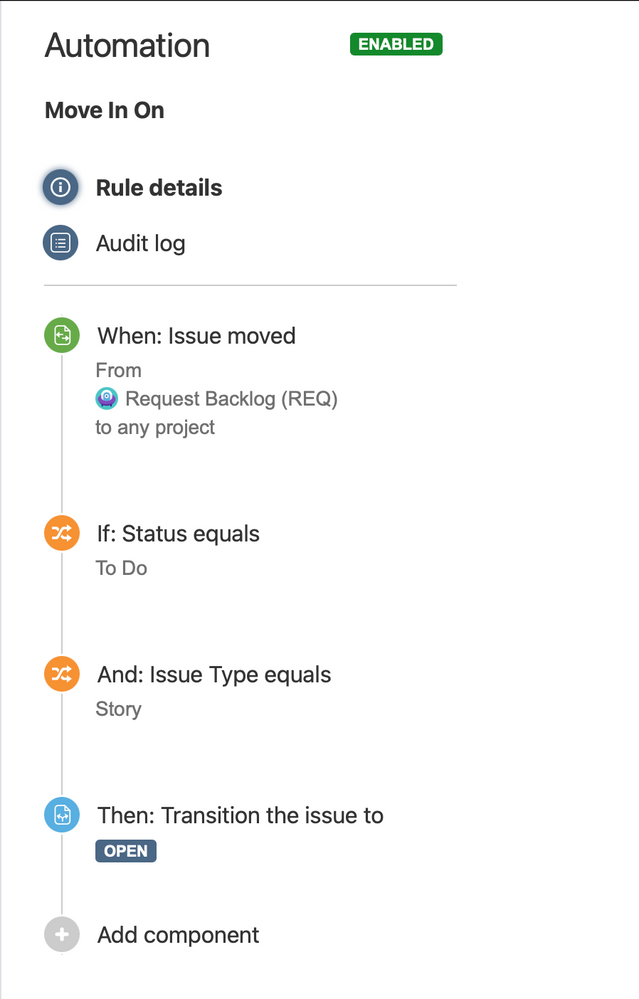 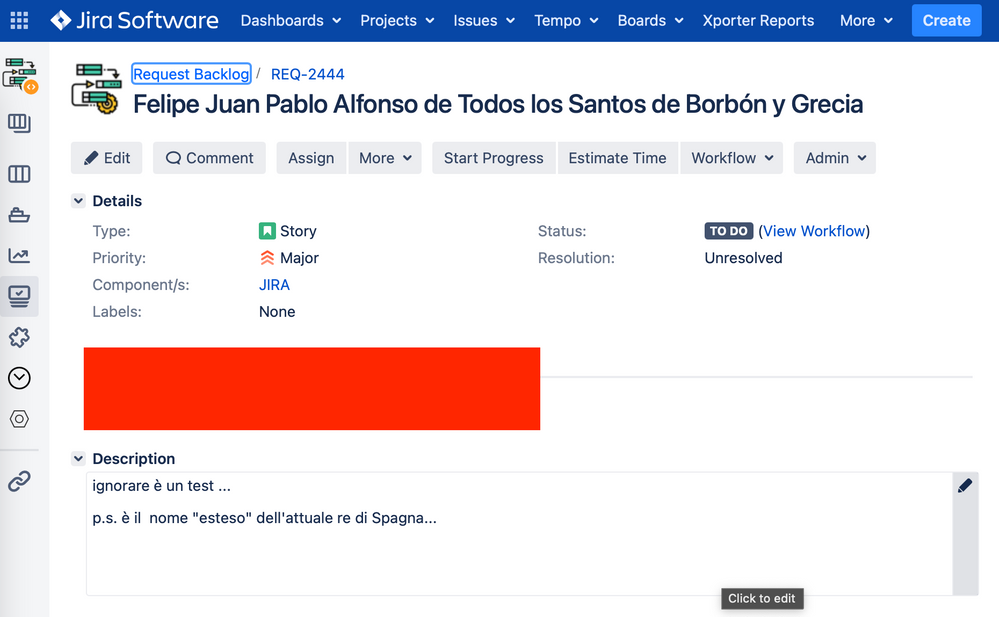 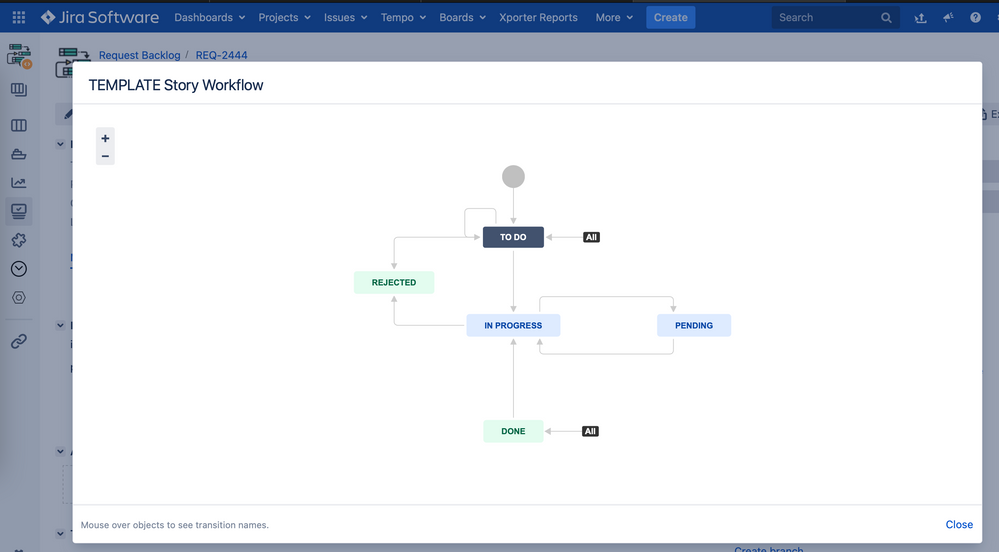 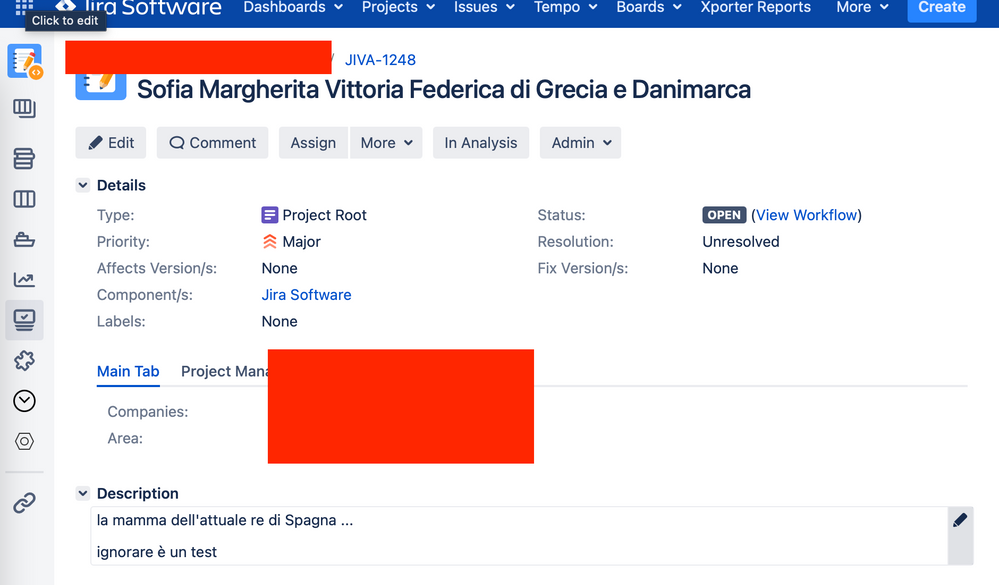 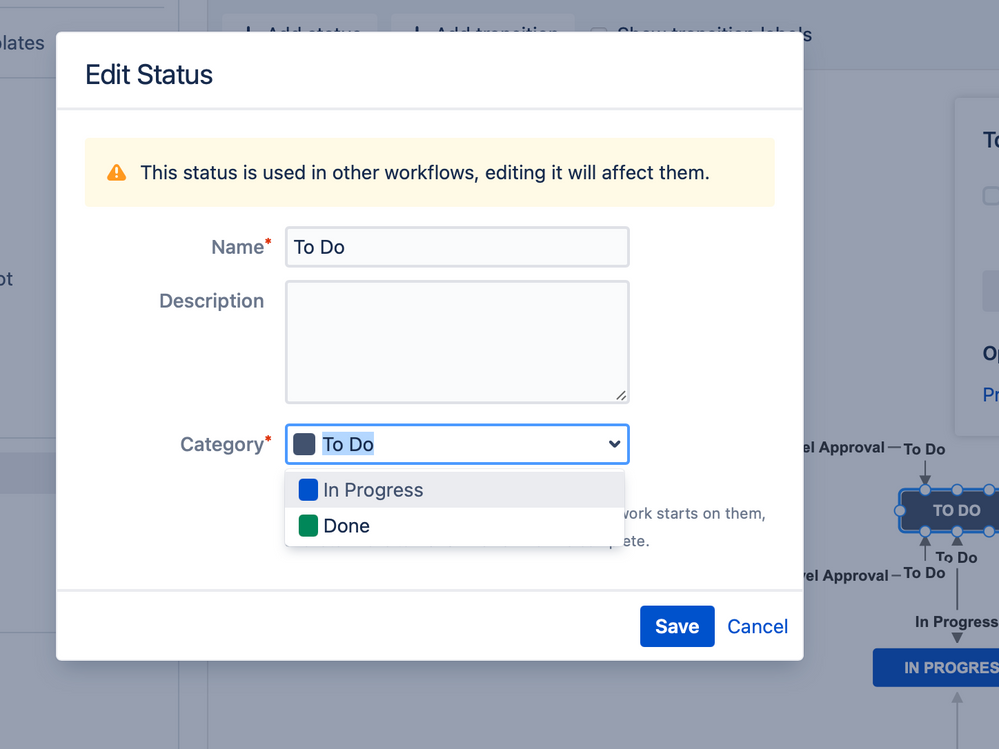 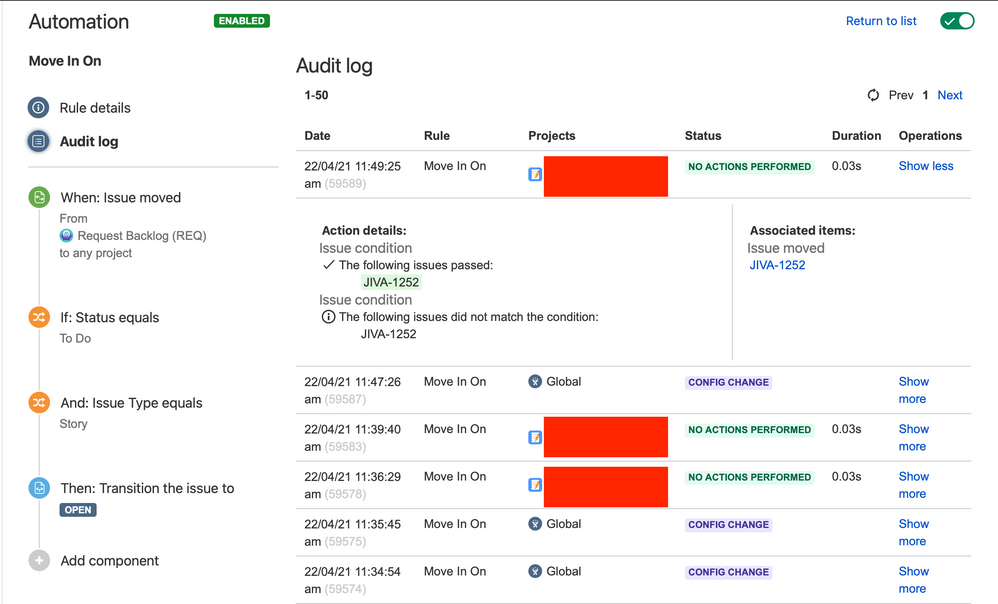 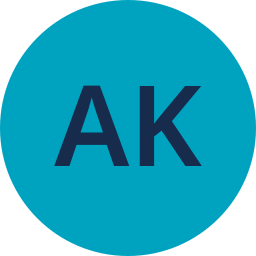 In "Rule Details" of this rule, is this a rule specific to a particular project? Or is it a global rule that can run in any project.

If you want to use the 'Issue moved' trigger with any project it has to be a global rule.

Also your last audit log screenshot above, basically shows rule failures due to the second issue condition failing - the one that checks "Issue Type" = story.  You'd probably have to get rid of that, or change it to "Issue Type" = "Project Root" since that's the issue type of the JIVA issue after the move.

I finally solved it quickly by changing the other status "todo" to "approved".