Why SubTasks can not search by Sprint?

When I try to search sub tasks via JQL

if I use JQL below

I can search my sub task out.

It always shows nothing.

it still shows nothing.

I hesitate to call it a "bug", as a bug is software doing something unexpected and wrong.  This behaviour is not unexpected and there's some argument about it being "wrong".  My opinion is not quite that it is "wrong", but very much "it's very unhelpful and confusing, and there's no good reason not to change the way it works".

A sub-task is a part of its parent issue.  Not a linked adjunct or distant relative, it's part of the issue.  So there are some things that would be nonsense if they were separated from the issue.  Sprint is one of those.  Sub-tasks, because they are a part of an issue, are implicitly and logically in whatever sprint the issue is in.

So a perfectly reasonable thing for us humans to do is ask "what sprint is it in", and the answer should be "the sprint my parent is in, which is <x>"

But Atlassian have neglected this.  Sub-tasks simply don't show sprints.

I think they should.  Obviously, not a field you can edit, but we really should be able to ask "what issues are in this sprint" and get all the stories and sub-tasks (by virtue of them being a part of a story in the sprint)

Yes, you may right.

But I still need to search the all sub tasks in sprint, like you said, they are still a part of story in the sprint, I still need to control their effect and story point.

So....will Atlassian fix (or said as modify) it?

or give me another way to do it?

I do not think Atlassian are going to do anything soon to fix this reporting problem, which is mildly annoying.

I don't mind that I have to copy and paste a short script into most systems, but it would be nice to not to have to (and not have to worry if the customer has one of the apps that can do it).  Another option is to implement a sensible JQL function to return the sub-tasks as well.

This is especially interesting. I'd like to add a detail question if you don't mind.
Kagithala shared a screenshot later (below this reply) which, to a surprise, shows a working output to the query.

So I went to my cloud instance and played in a test project and it also seemed to work?! Now I do not understand anymore the topic.
Could you please confirm there is some difference to what Ulysses asked initially or is there some "magic" happen (in my cloud instance not a single App is deployed, tbh it is just a playground)?

There are  only a few project will have this problem and the mostly projects are the same result as you done.

Here is my screen short: 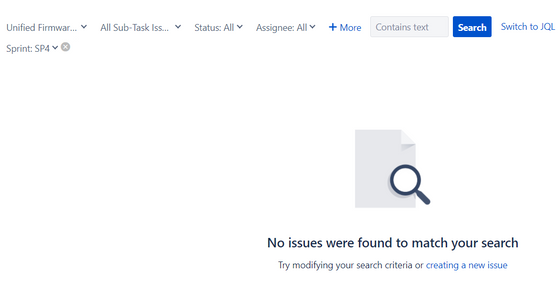