What happens when you add a new hierarchy level between existing Epic and Initiative levels?

My organization currently has these Jira Advanced Roadmaps hierarchy levels:

We are considering adding a "Strategic Release" level above Epic and below Initiative.

The question is...what happens to all those Parent field values on Epics that currently contain Initiatives.

This is a pretty jarring change to make, but we are trying to figure out how complicated it will be for folks to migrate to the new schema (intellectually speaking).

With our add-on Move and Organize for Jira you can select multiple Epics in one shot and drag-n-drop them to their new parent location to quickly re-organize your project after the change if the cleanup feels daunting. It can also recursively promote Issues to a new level automatically if the new parent is at a higher layer than before (ie if your Epic's new parent is a Legend it will roll-up as an Initiative), or you can just slot in a new Strategic Release under your Initiative before you move your Epics if thats the structure that you prefer.

You may give it a go here: https://marketplace.atlassian.com/apps/1228207/move-and-organize-for-jira

I have attached a few screenshots and a video for your reference on the hierarchy type change process - I used the existing Bug issuetype for the quick test to represent the Strategic Release layer. Its pretty straightforward to create the new issuetype - the main challenge and time consuming task as you raised up will be the cleanup effort after the unlinking. 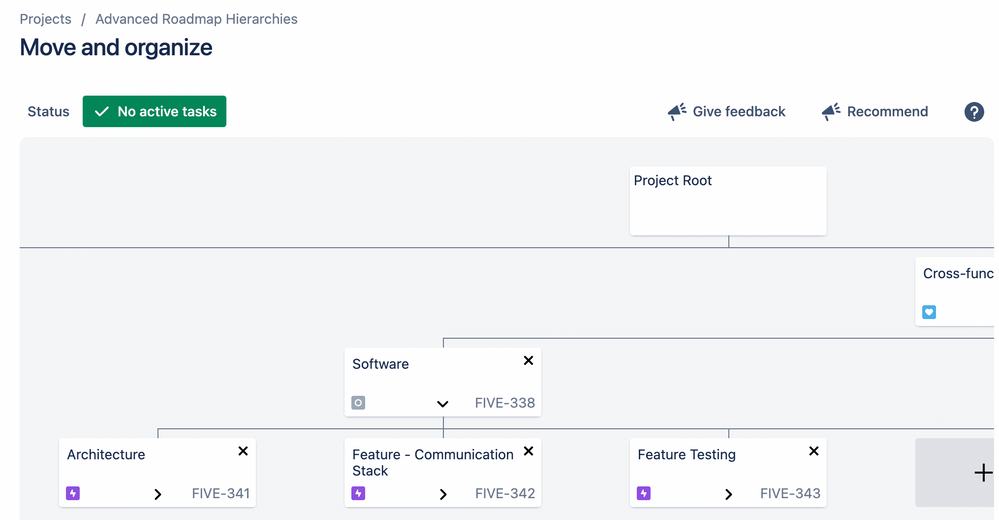 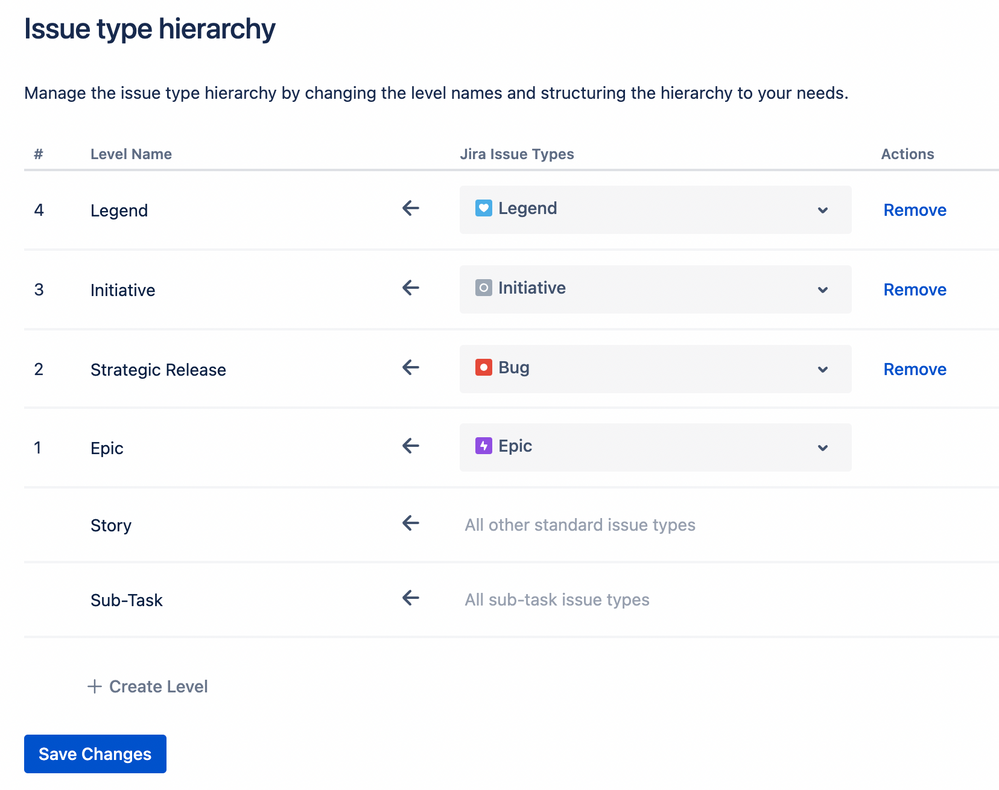 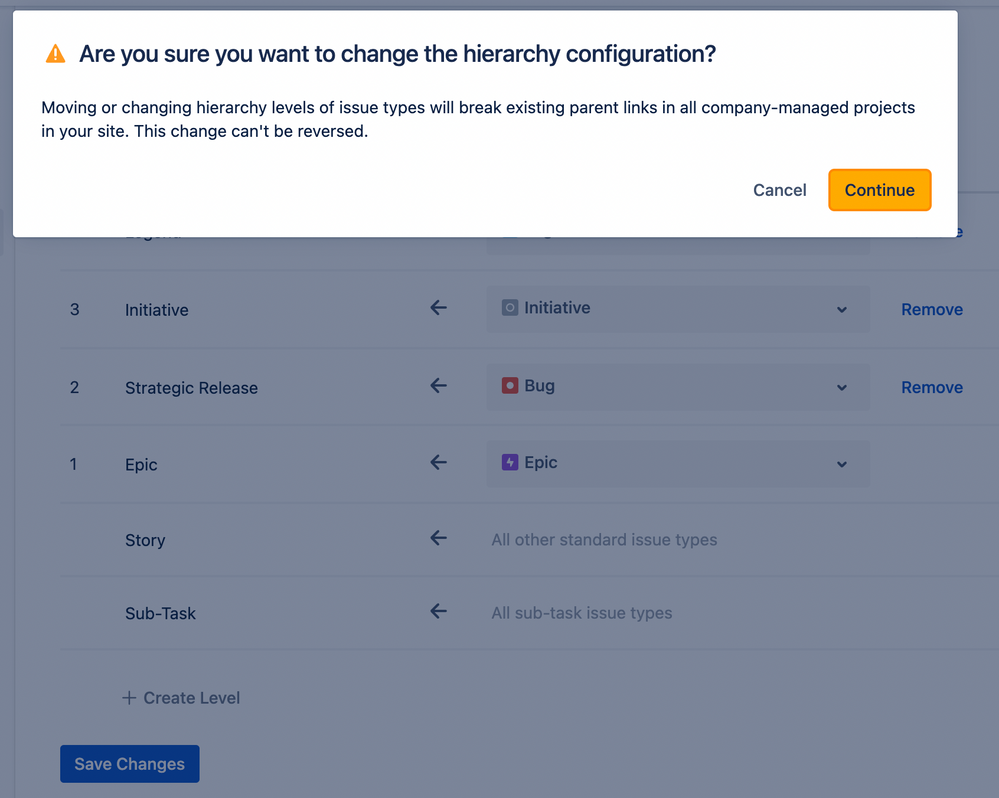 I'm afraid trying a new plug-in isn't in the cards for us at the moment.

Hope it works well for you and the team in the end!

I could have misunderstood your reply above, but I would guess you wanted to convert the Initiative UP one level, after shifting the Epics to the new Issuetype "Strategic Release" which you created at the same level, so that the Epics wont get detached when you change the levels later. Ie Epics stay at level 1, Strategic Release now stay at level 2 (and their linkages intact), and you move Initiative up to level 3 (whose any old remaining linkages to Epics will now be broken). I guess it all depends on the quantity of linkages you want to keep between Epic and Strategic Release vs. Initiatives.