Use smart value for child sub-task 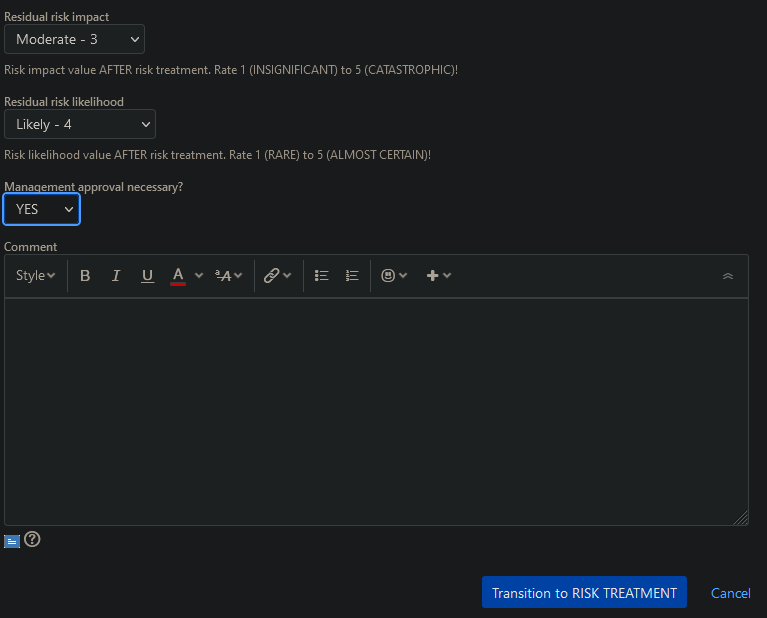 Residual risk score will be calculated from the first 2 custom fields, for example if Impact is 3 and Likelihood is 4 then Risk score will be 3x4=12. If I fill the all necessary fields on trasition screen, the subtask immediately got created, however the Risk score and Risk level fields in the subtask are blank, which should be copied from parent task, because for the risk score calculation you need maybe 1 or 2 seconds. So that means Risk score and risk level is calculated  onparent task, however at the time, where the subtask get created, the fields re still blank.

Here is the screenshot from the subtask with blank fields:

But as I wrote, on the parent task, you see, how this fields are calculated after one or two seconds: 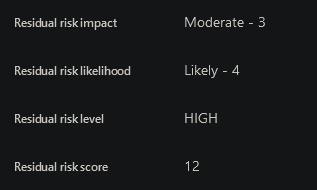 So my question is, is there any way "to wait" for one, two seconds with the creation of subtasks, until the custom fields, which I need, are all get calculated?

Without seeing the specifics of your rules, my suggested answer is: maybe.

Let's assume you have two rules:

If you do actually have rule #1 to calculate the score, perhaps change the trigger of rule #2 to detect a change to the score (and turn on "Allow Rule Trigger" in the rule), and add a condition for Management Approval Necessary before creating the subtask.

Another approach would be to add a Re-fetch action at the start of rule 2, slowing the rule slightly to allow the calculation of the score to finish.  This is probably unreliable due to racetrack/processing performance issues.

@Bill SheboyI combined both of your approaches, and it seems, it works fine. Thank you! However the meaning of re-fetch function is still foggy for me.

Awesome; I am glad to learn that worked.

Short version on Re-fetch: it reloads the data for the trigger issue at some point in a rule.

Regarding the Re-fetch action, the primary use is when an issue's data changes in a rule, and you need to use the changed values later in the same rule.  For example in this rule:

In this rule, we are editing the Description field and then using it later to send an email.  The edit updates the Description in the cloud, but the rule still only has the original value from when the rule triggered.  So our email will be wrong.  This is not a defect, per se...it is how rules work; sometimes we really do want the fields to remain unchanged until the end of the rule.

To fix this behavior, we add a Re-fetch action after the edit and before we reference the Description, which pause the processing to re-load the trigger issue from the cloud.

Now, our email will correctly contain the updated value.

However there is another use (i.e. hack): fix when a rule triggers too quickly, particularly for the Create Issue trigger.  The rule starts running before the new issue's data is available enough in the cloud for the rule to access it.

So when the rule runs it sees many of the fields as empty!  For field use or conditions in the rule, they may not work as expected.  This problem is known as a racetrack error, where one thing outruns another in processing.

The fix/hack is to add a Re-fetch action immediately after the trigger.  This will slow down the rule and reload the data.  Hopefully this provides enough time for storing/loading the cloud data.  This usually works, but not in all usage scenarios.  Also note the Re-fetch adds a second or more to the processing time for a rule.

First, I recommend using the if/else condition syntax as that will help shorten the rule and make any errors more obvious. when something does not match.  For example, adding a final ELSE to indicate an unexpected problem/match.

Next, I note you are using the "between" test for the condition, which is described in the rule editor as:

So the first value is included in the range and the second value is not, as it notes "less than" and not "less than or equal to".  Please try adjusting your condition ranges to match that definition.

@Bill Sheboy I changed my second rule to if/ else block and it works now perfectly and it seems, it works now some milliseconds faster, as I took from audit log. Thank you for your good tip! :)