Summary of linked issue not updating with automation

I'm currently trying to set up an automation to update the summery of a linked issue based on a custom field but can't get it to work.

I have been running a very similar automation by setting the summery from the same custom field but rather than updating an existing linked card it creates a new issue.

Also when I set the field to just a text output "testing" it works fine, and only fails when trying to update an existing linked issue from a custom field.

Automation that is failing: 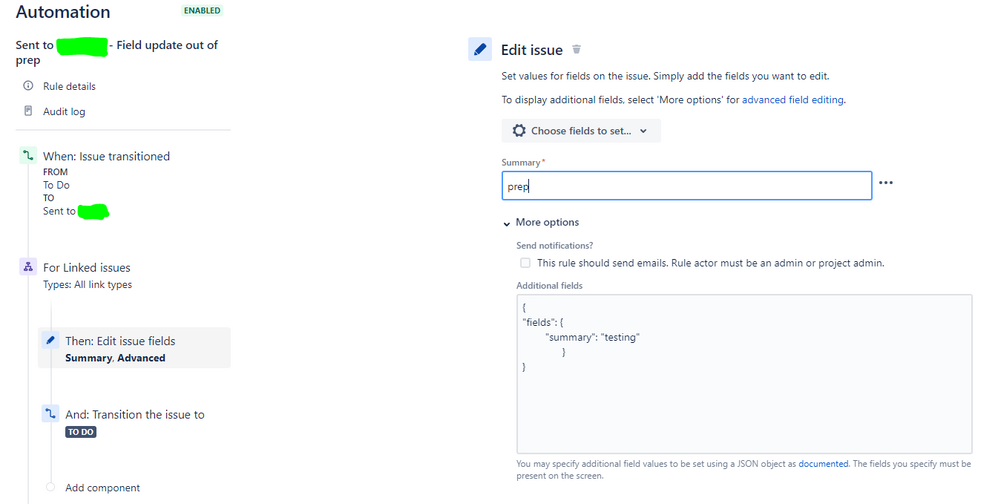 Hi @JOE - You shouldn't need to perform advanced JSON when updating the summary field.  Assuming you're trying to capture the value from custom field 10084, you should be able to type something like this directly into the summary field:

Sweet thank you that worked