Sprint appears to have merged across two different projects 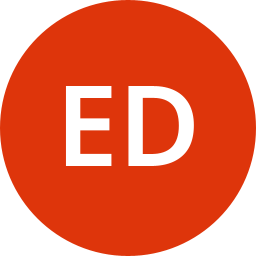 We started Sprint A (Project A) in the morning, and then about an hour later started Sprint B (Project B). Noticed that all the sprint data (goals, name) for Sprint A changed to be the same.

When looking further the sprint id was the same.  We think it was because a ticket from Project A was added to the Sprint B (backlog sprint that once started became active sprint).

Is this expected behaviour?

Reason I'm checking is at the same time we had had a new add in enabled that shouldn't have had anything to do with sprints but timing is suspicious and we had never had sprints combine like this before.

@Emma Dowdeswell each sprint should have its own ID.  Sprints can have issues from multiple projects and it will not impact the sprint.  I doubt that it is the app that is causing the issue but it could be.  I am wondering if the sprint was created in the morning and someone just added issues to it thinking that they created a new sprint.  Could that possibly the issue?

@Brant Schroeder yep realise they should have a unique id. Is why we are so confused.  For our sprint starts they get actioned while on a online meeting.  So in the first one we were in Project A backlog and started Sprint A.  Then approx an hour later in a separate meeting with a separate person in charge of the board we had Project B open in it's backlog, clicked on start sprint, went through the sprint goals etc and started sprint.

When I looked through other similar queries I think what happened was that someone had accidently assigned an issue that was already in Sprint A to Sprint B, then when Sprint B was started it somehow just edited Sprint A because of the issue that was in both sprints.

@Emma Dowdeswell I have never heard of anything like that.  Could be a user error or maybe you found a bug.  I would be concerned if it continues to happen.  I do not think it is your app but unless you can recreate it, it will be difficult to troubleshoot.

Adding a note to this...