Hello Team, I have built an automation to move the Epic to Blocked status automatically if one of the linked tickets are moved to blocked status.

Below is the JQL that I used to achieve this (which is working fine) and when the issues match the below, I have set the action to move the Epics in SAND project to Blocked on Shipping.

Now, I would like to create an automation to revert the transition on the Epic back to the previous state(in-progress) when all the child tickets are moved from Blocked (NOT in Blocked anymore), could someone help me with the JQL for this?

Basically, 1+2 will show me the results where the Epic is in blocked even though all the linked tickets are not in blocked, now I'm struggling to make the logic to work....

1) project = Test AND status in (Planning, Compliance, In-Transit, Customs) AND issueFunction in issuesInEpics("project in (SAND)")

Are you using an Automation for Jira rule to do this?  If so, would you please post images of your rule for context?  Thanks!

Without seeing your rule, I expect you can trigger the second case on an issue transition, check if the parent Epic is "blocked" with a condition, and use a second condition to check the other child issues before transitioning the parent to "in progress".

Hello @Bill Sheboy Yes, I am. Here is the automation that I used to move the Epic to Blocked: 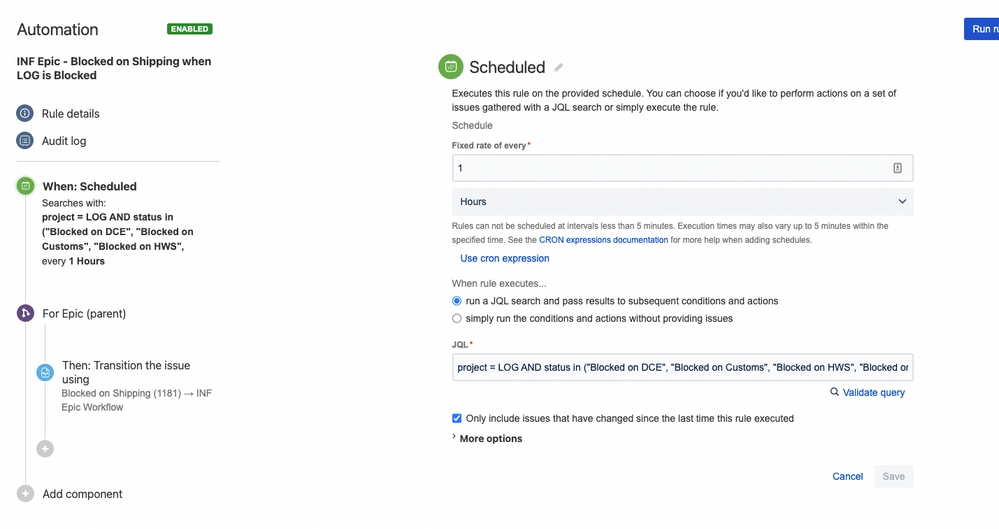 Thanks, and another way to do this is triggered on issue transition (rather than scheduled).  For example to move TO blocked:

The rule to move FROM blocked is similar, and adds another condition:

@Bill Sheboy is right on the money here! The related issues condition is the one he mentioned as well. You'd do something like this after you've branched: 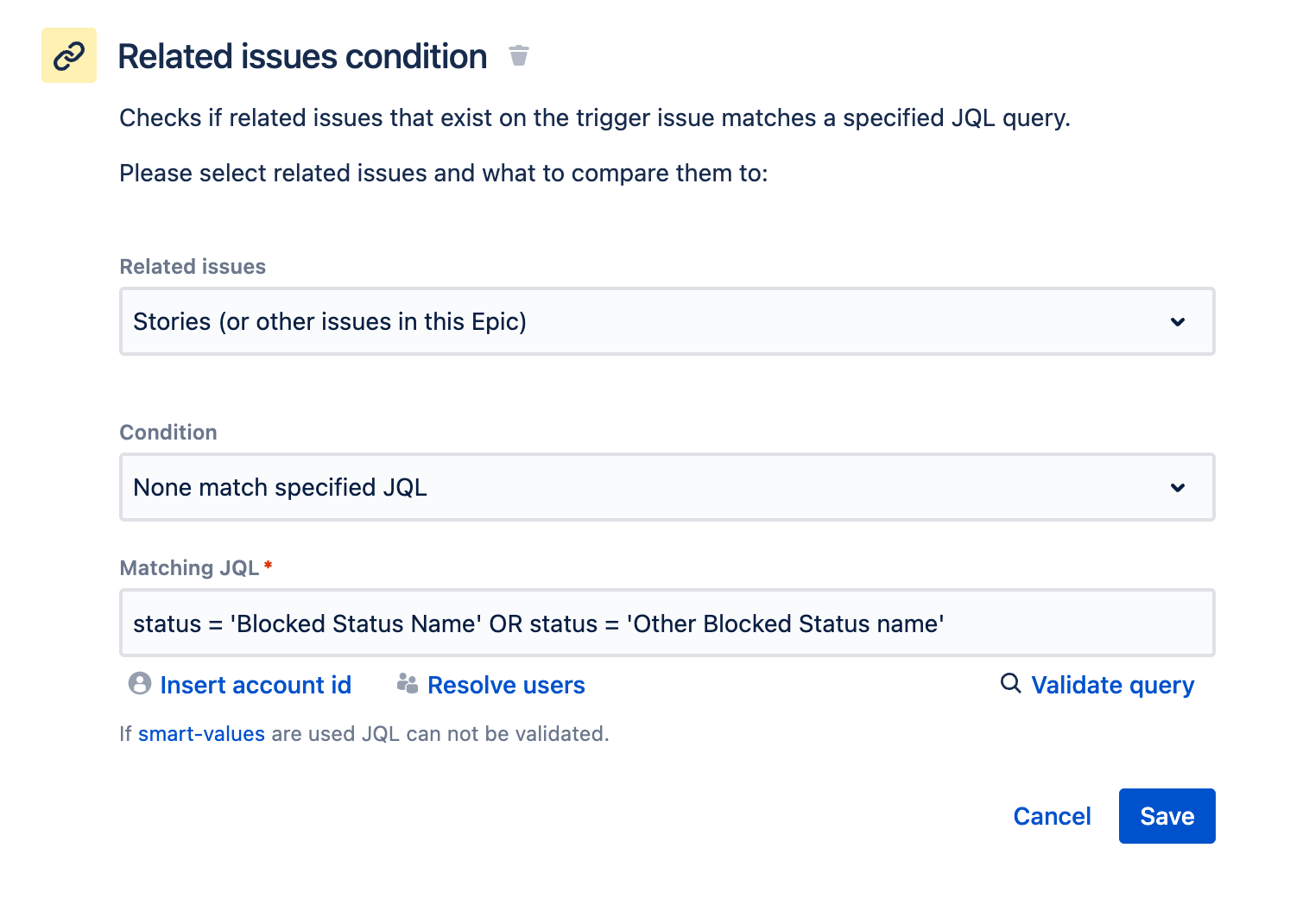 Apologies for the delayed response on this, I was away for a few days. Haven't got a chance to check this.

So here is my issues, I'm having difficulty in building the JQL and was hoping one of you could help.