Is it possible to create a ticket when a Specific type of Fix Version is created?

Using Jira Automations, is it possible to make it so that when creating a release (and it  ends with "data") for it to auto create a ticket within the newly created release?

I know the first condition would be "When: Version Created", but is there a way distinguish that the last word of the Version name is "data" ?

I believe I understand the remaining portion of the automation, but I need to understand how to distinguish the type of Fix Version Created by Title.

I added a red box with the ask for more context!

You can verify your condition in the Version Created trigger itself using regular expression. Check the following screenshots:

Also, remember that to set Fix Version you should use smart value. You cannot copy from the trigger issue because there is no issue that triggered that automation rule. 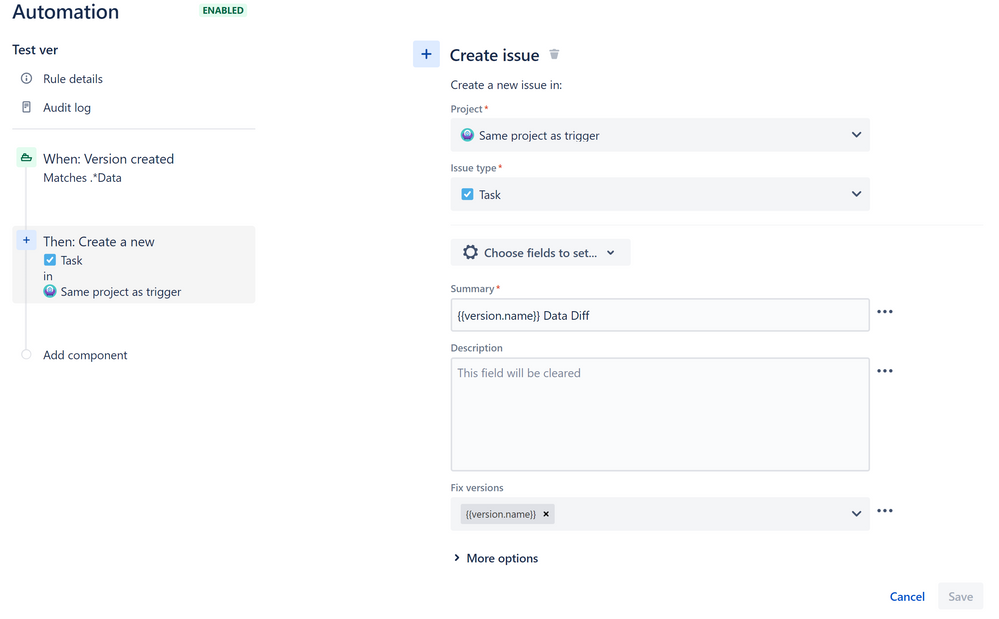 There isn’t a condition to check or inspect the version name unfortunately. Automation is primarily focused around issues not so much versions with the exception of created and released as a trigger.

what if when a version is created you were to create a new issue and you would copy the version into a comment. Then refer him data. Then inspect the last comment testing for “data”. If true the edit summary.

i’m not where I can really test at this moment. It will take a bit of playing around to come up with something that might work but there may be a roadblock I’m not for seeing at this point.