Initiatives in Advanced Roadmaps not working as a hierarchy

I have a few issues with Initiatives in advanced roadmaps and not sure if its just my misunderstanding of how they work?

I have created a new issue type called 'initiative' and I have added the hierarchy level in the advanced roadmap settings. I have also added the initiative issue type to one of my projects to test.

1) When I create an initiative in that project it just appears as a ticket in the backlog.  I expected that it would display in a panel like the epics do so that you can see that its the head of the hierarchy, it seem odd that it just sits as a regular issue ticket.

2) I do not understand how to create or link epics underneath it. There is a heading in the ticket information called 'child issues' but i can not see any way to add any.  When I go to Roadmap in my plan, the initiative displays there and I can drag epics and tickets into it.  but they do not then appear as child issues in the initiative ticket on the project 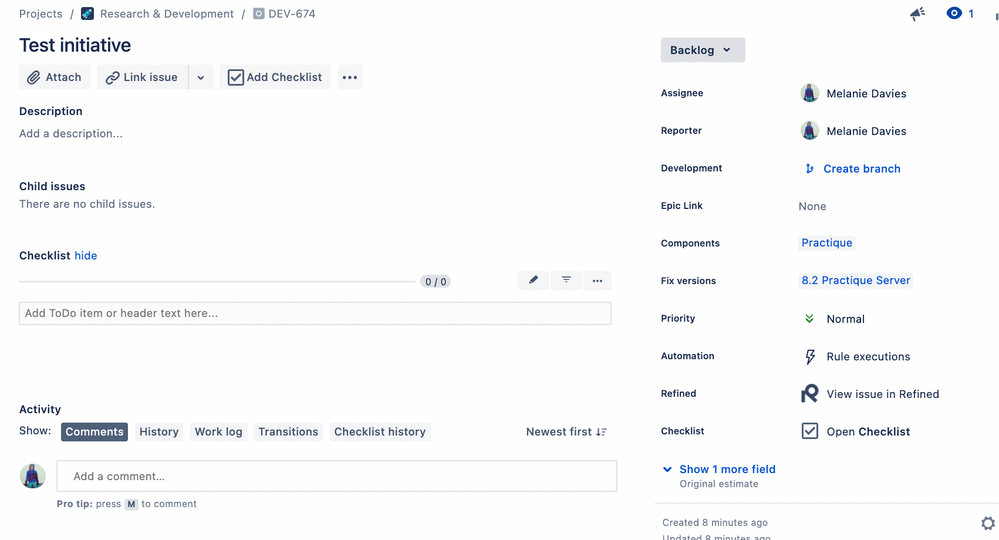 3) If i create an initiative from the roadmap instead of a project, as per 'Test Initiative 2' in the image below.  It does not actually create an issue ticket in that project. Is this intentional?

Any help would be really appreciated.

1. Epic is the highest hierarchy in JIRA. Initiatives will not be displayed as icons.

2.  You can use Parent Link field of the Epic issue to link to Initiative issue key. This will associate the Epic with the Initiative.

3. A plan is a sandbox environment where you can make changes in it, and the changes stay in your plan until you save them in Jira Software.

Roadmaps in Jira allow you to visually lay out your work overtime ... A further added benefit is the fact that Jira roadmap isn't rigid but can The key difference between the two is that advanced roadmaps include the ability to view tasks from multiple teams and projects, and with unlimited levels of hierarchy.

Hello i am experiencing the same difficulties as described by Melanie. I understand that there was a recent release of the Advanced roadmaps version and i am wondering if Epic is still the highest hierarchy in JIRA? or has that changed now/