How do I efficiently use code boxes in the Jira comment editor?

Let's say I want to enter some text in a code block in a Jira comment.

A code block appears and my cursor is placed inside it.

Right-arrow? Nope. That selects the entire code block for some reason.

Down-arrow? Yep. That gets me out. Annoying, but at least there's some way to do it. So I type some more stuff after the code block and hit return to get to a new line.

Oh, nuts. That was the wrong code block all along. My cursor is at the end of the normal text below it now. I can just up,down,left,left to select the whole code block to delete it, right? So, up-arrow. Now I'm inside the code block? Pressing up-arrow when I'm at the end of the line does something different than when I'm at the beginning of the line? Whatever, I'll just highlight and delete.

Okay, now that that's done, I can paste this other code. Whoops. I forgot to create a code block first. Okay, highlight and click the "code snippet" button. Oh, that just created a new code block below the highlighted text instead of converting it.

I guess I'll just cut that code and paste it inside the code block. Nope. Now it's just all on one super-long line.

Fine. I'll copy it from the source again and paste it. Oh, I forgot to create the code block first again. Oh, the "How do I format markdown and use keyboard shortcuts in the Atlassian editor?" docs say that Cmd-Shift-M will convert it to a code block. Nope, that just styled it as monospace text.

Seriously, guys. This is all just about one single element. I don't understand how this many things can be wrong. And all to enable a WYSIWYG editing mode that software developers probably don't want to begin with.

Just abandon all of this and let me enter markdown directly without you interactively styling it and getting in my way, and then style it after the fact.

I encourage you to use the Feedback option within JIRA to ensure your comments get back directly to the Atlassian team.

Thanks. I couldn't find that feedback link for some reason. I'll definitely do that. 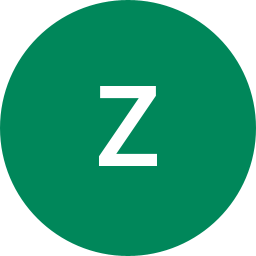 @William Faulk you should know by now that the community section is purely cathartic in function and purpose.