Failure to release due to failing builds Edited

I am trying to make a release and it doesn't let me to go ahead with the build due to Failing builds.

One of the developers in the team worked on a story and he accidentally tried to deploy to Production (It was in the early phases of the project) - That deployment failed.

The issue is that now I can't make a release since it shows up on the warning page of the release (due to that failure). Basically, I don't care about this deployment failure, since anyway he shouldn't be able to promote to production environment.

What can I do to fix it? 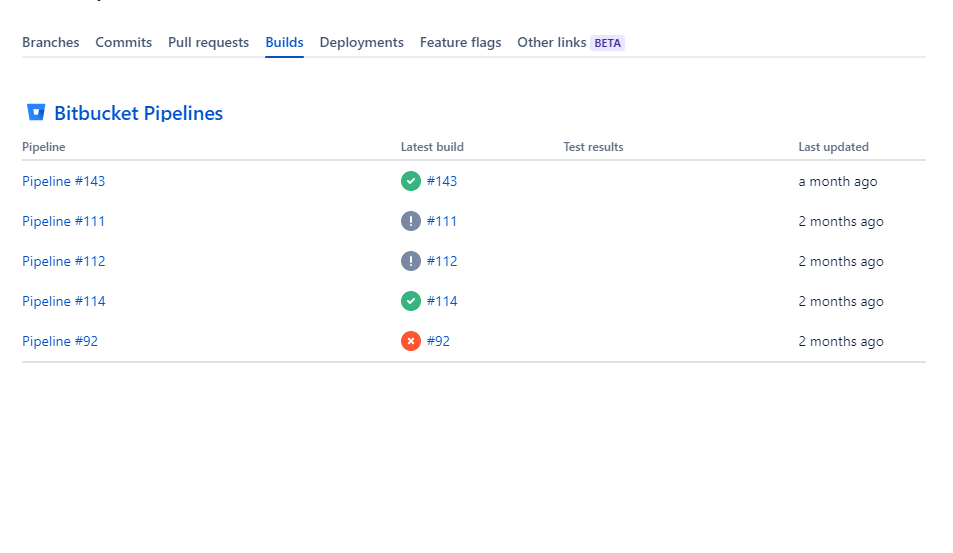 Thank you for include the details and screenshots for your issue, they're very helpful! From what I can see, it looks like your release is failing due to the build plan that is Pipeline #92. You won't be able to delete this result, but you can disable it with the following:

If you're wanting to delete the pipeline, due know this isn't possible and clarified in BCLOUD-17074