Classic Burndown Chart for Epic or Release in Jira Cloud 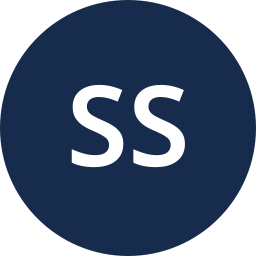 However, I was hoping that I can build a high level burndown chart based on the epic percent completion or the number of epic/release items done. Is this possible?

Is there a way to achieve an epic or release burndown chart that resembles close to:

Instead of what currently Jira Cloud provides in its Reports:

Your advice is appreciated.

Short answer is no, with native JIRA.

Longer answer is you could look at the marketplace add-ons and probably find something like what you have shown.  Or, you could export the data and build your own in a spreadsheet or in a log file parser.

as Bill said I'm also not aware of this functionality being available by default in Jira.

As a workaround, you could use Export JQL to Google sheet functionality and create the chart there. There is also Chrome plugin (Free) that will allow you to JQL directly in your sheet.

If you're looking for some option within Jira you can try some of the plugins on the marketplace Apps focusing on Burndown charts.

There is also Swanly, Release management app. We recently released Release burndown chart that allows you to choose between Issue count, Story points and Original estimate for burndown chart tracking.

Swanly gives you a bit more than only burndown chart solution as it's a full solution for release management in Jira. You can check it out here. 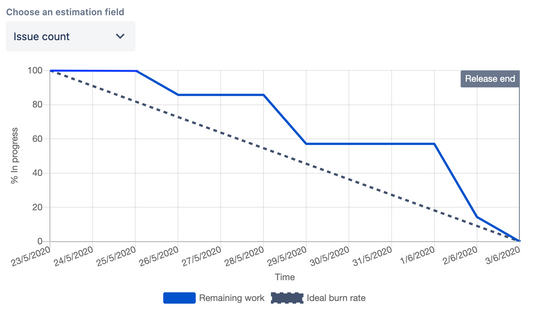 I hope this helps :)

I would like to suggest another alternative which can solve your problem. Also, it can improve a few more related tasks in Release management and release progress tracking.

We have created Release management add on for Jira data centre and Jira cloud which has powerful release reports including burn-up charts.

The main difference of the Release management reports is the ability to build a burn-up chart for the single version, multiple versions from several projects (in this case you could see a cumulative burn-up chart and a separate chart for each version) and apply JQL filter for the report (typical use case is applying JQL for bugs and track release quality, or be focused on user stories only). 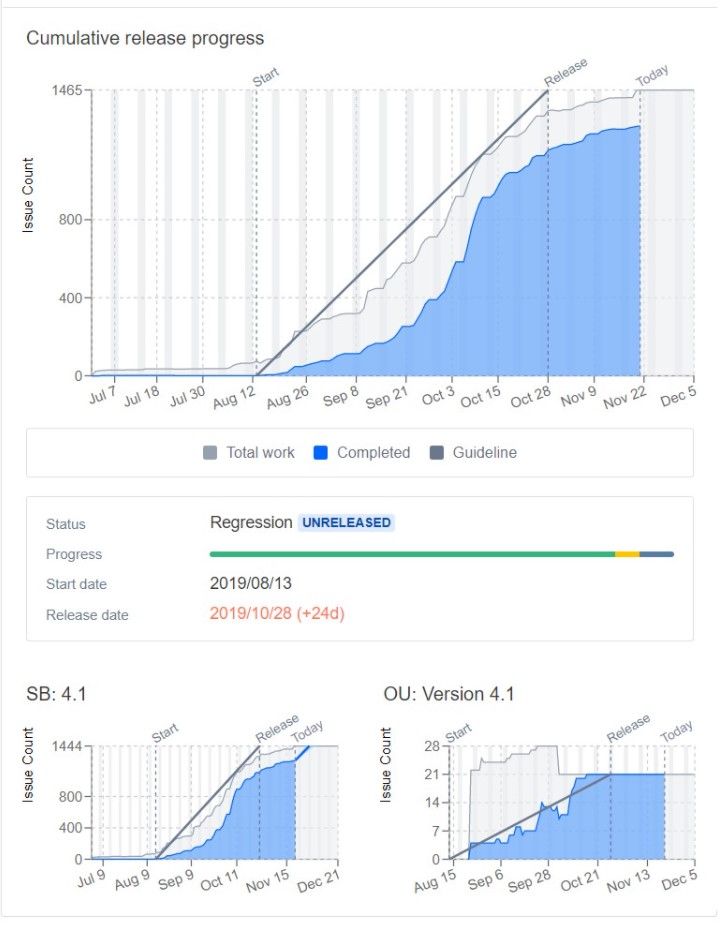 The report could be added to Jira dashboard or integrated into Confluence.

Also, we have a trend chart which can help to track new/done items in the scope of one or multiple versions.

Out of the box, there are a few more handy features, such as:

Hope it will help you to automate daily release routines.