Hello,
I hope you can help.
I have 2 custom fields (select list (single choice)) with values
Probability:

I would want the outcome of 6 (2 x 3) appearing as an integer in another custom field.

I would appreciate you r help in the resolution For your requirement, I would suggest using the Scripted Field. For more information, you can visit the ScriptRunner Documentation.

Below is an example working code for your reference:-

Please note, this sample code is not 100% exact to your environment. Hence, you will need to make the required modifications.

To setup, the scripted field, go to the Fields option and select the Create Scripted Field option as shown below:-

Next, select the Custom Script Field option as shown below:- 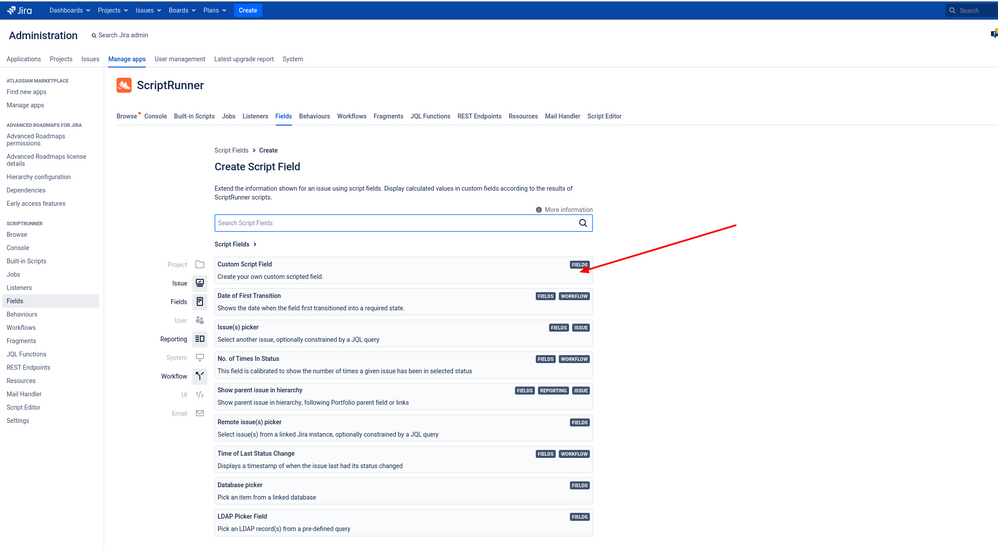 Next, provide the Field Name you want to use and select the Number Field type as shown below:-

Next, add the code to the script field and Update it as shown below:- 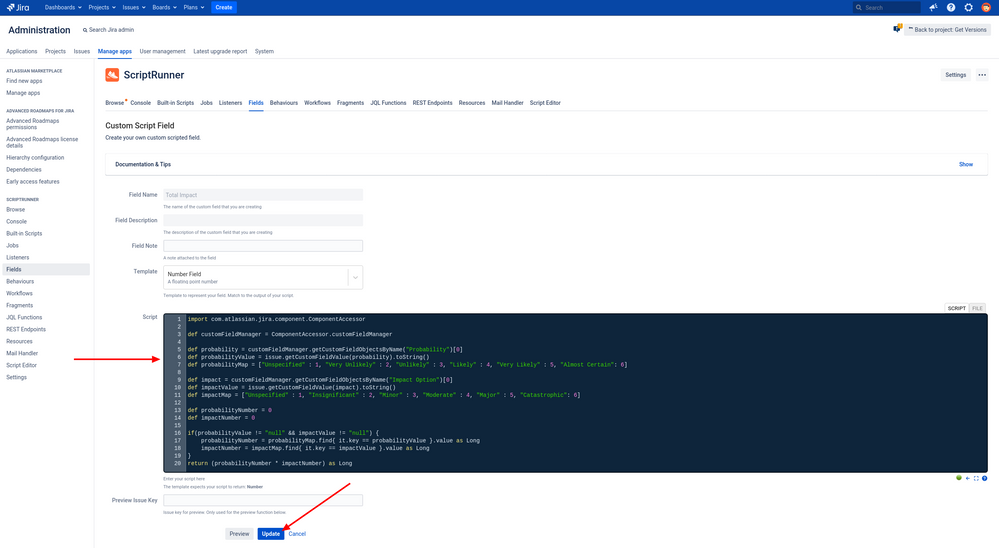 Below are a few tests:-

1) First, create an issue and select the values for the Probability and Impact lists and create the ticket as shown below:- 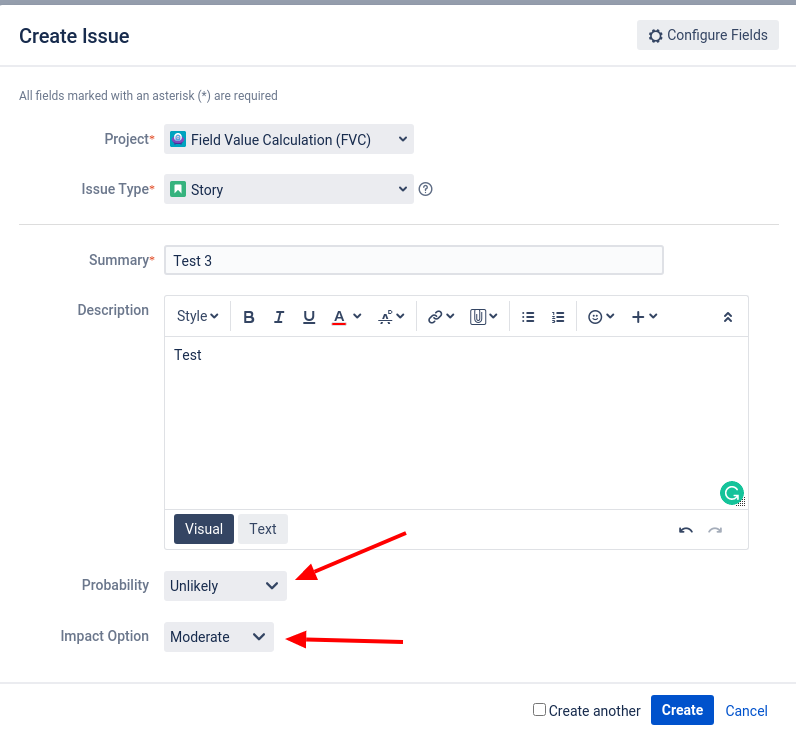 3) Try updating the Probability or Impact options, and you will see the Scripted Field will update as well as shown below:-

I hope this helps to solve your question. :)

Thank you and Kind Regards,

thankyou so much in getting intouch with me but for some reason or another its not working for me.

Is it possible to tell me where i need to make the modifications?

If you have just copied the code and pasted it in your environment, it will not work.

The differences that I have in my environment are

1) The Impact field in my environment is called Impact Option, as shown below:-

so you may need to rename the field in the code to match yours i.e.

2) The options from the list provided in the code contain Uppercase characters. However, in your description, you have only used lower case characters. You may want to take a look at that as well.

If you could share a print screen of your field configurations, i.e. for the Probability and the Impact field, it would be helpful.

Thank you and Kind Regards,

Hi @Ram Kumar Aravindakshan _Adaptavist_ many thanks for your answers. I have managed to modify accordingly