When I transition an issue with multiple fix versions to a specific state  I'd like to release each version in fix versions. If fix versions contains one version I can do this. However, when the issue has more than one I can't figure out how to do this.

Please tell us what you have tried so far.

Sure. The automation flow is basically as follows.

My desire is to split the fix versions field into each distinct version listed and release that version.

Below is a screenshot of my current automation that works when fix versions only contains one version. 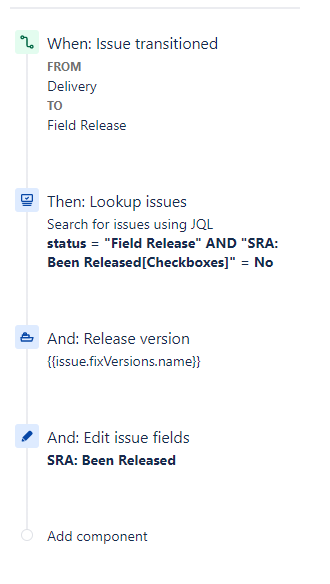