Interview with an Expert: How Dragos Created Project Predictability With Jira Cloud 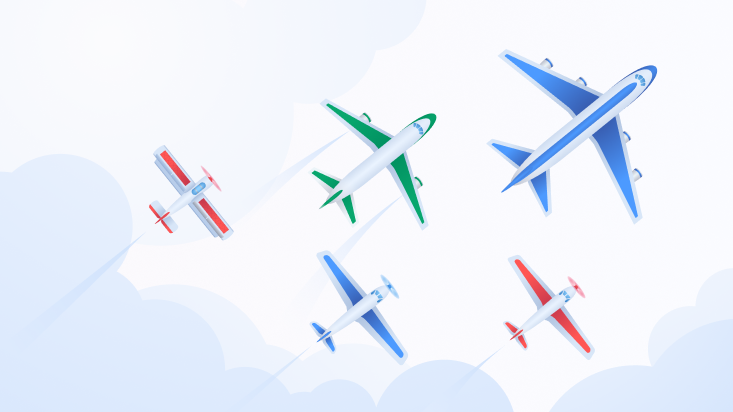 If you're the cybersecurity company Dragos, the consequences for stumbling on a release or new product means potentially leaving critical infrastructure unprotected. Dragos produces and delivers industrial cybersecurity solutions that protect power grids, oil and gas, and water systems, so it's vitally important to make sure the company's product development teams are delivering on schedule.

Like Agile teams everywhere, Dragos' dev teams want autonomy and creativity. But it's also essential that the organization deliver products and updates that their customers need — when they need them. A smart project management strategy within Jira Cloud allowed for the best of both worlds: empowered, innovative teams that coordinate within a well-orchestrated workflow.

Ideally, developers, quality engineers, and other contributors wouldn't have to spend massive amounts of time in update meetings or struggle to communicate their requirements to each other. They'd be able to embrace Agile methods on a team level, but easily report to the larger group.

Key to all of this: The ability for everyone to see the big picture, and their place within it.

“No matter what we do, we really need to see a holistic image of the work that’s going on,” Elliot says. In addition to Jira, he implemented the cloud version of Structure for Jira to provide everyone with useful visualizations of the work.

Elliot and his teams use elements of the Scaled Agile Framework (SAFe®), and the teams are aligned in projects working very closely as component and feature teams with other groups in the organization. Elliot aimed to make sure all the teams could see where Dragos was with its releases, targets, and story points.

A boost from Jira Query Language for better release management

With Structure, teams build hierarchies of Jira issues, called "structures," and populate them using the app's automation feature. Dragos uses Atlassian's Jira Query Language (JQL) within Structure to create customized release management structures where they have all of their epics broken down into features, user stories, and bugs. They have further structures for bug management, one for governance, and another called release close-out, while their front-end and feature teams have their own structures.

Thanks to JQL and the Structure automation feature, these structures always reflect the current state of all the relevant Jira issues.

For example, Elliot created this view so users across the organization can see overall progress without having to gather up status updates from within individual projects.

And Elliot uses Jira plus Structure to manage his own backlog of work, too. He’s able to collate all of the user stories and tasks that are assigned to him, from project management tasks to reports for KPIs to the weekly readouts he has to complete. This allows him and his manager to view his list of tasks, regardless of what project they're in, so they can help him prioritize his list on the fly.

Using structures of an individual’s tasks can help every person understand each other's workload and priorities, and improve coordination across the organization.

Elliot highlights the importance of dependency management, because dependencies and ad hoc requests can lead to late delivery — a major concern for Dragos. He says, “Dependency management becomes so crucial very, very quickly because I need to see what items are blocking, or are being blocked. What are the story point counts? What sprint are they going to be done in?”

Dragos manages to accomplish this in Jira Cloud with a blocked/blocking structure. They built two release dependency folders with some very simple JQL, one for blocked tickets and one for any tickets that are blocking others. Being able to see this clearly provides them with opportunities to talk about these tickets, ask when they’re going to be resolved, and to put them into sprints ahead of time.

Visibility and predictability with Jira Cloud

Using Jira plus Structure allows users to create a variety of informational columns with details on story points, work progress, linked issues, or assignees. That way, you can set up different views with different information, tailored to different audiences.

In another example of improved visibility, Elliot has created structures to show all the bugs they’re fixing in any given fixVersion, so that they can orchestrate double and triple checks without exporting everything into Excel. The goal is to be able to push a button to say that something has been released and easily see all of the things that are in it. Elliot points out that these capabilities also make it easier to produce release notes, too.

He adds, “We always make sure views are saved for the different structures we set up so that no one needs to manually talk through updates on tickets, but instead can use out-of-the-box Jira functionality together with Structure to say, what is the roll-up of these story points?”

Clarity and context for better decision-making

Overall, Jira and Structure have given Dragos’ project managers a full hierarchical view of their projects and improved capacity to predict how things are going to go, and adjust accordingly. They have a better understanding of risks and where certain items might fall out as ad hoc requests come in. And they have full visibility of all their story points, what and when releases are going to occur, and what iteration and sprint their tickets are going to be delivered in.

“These insights allow us to really aim towards data-driven decisions versus decisions-based feelings," Elliot says. "It also helps us make sure every person doesn’t need to be in every meeting because that gets overwhelming. You can’t get in-person updates from everyone, every time, every moment.” Instead, he devised a way for everyone to see the big picture with Jira + Structure.

For more on Dragos’ processes and how they use Jira plus Structure, check out Elliot's presentation on this topic. To learn more about Structure or to try it for yourself, head over to the Atlassian Marketplace.