1. I have the following workflow for a service request which requires multiple approvals.
1.1 A user will raise a request and the first approver will be his/her supervisor.
1.2 "Unit Head" Status is utilizing the the following custom field in the next picture.
1.3 The third picture shows the 'supposed' to be working automation rule
along with the custom-field information (right below the picture)

2. Two days ago, a colleague and I were testing (me being the approver), I received
an email from "Automation for JIRA", clicking the provided link, I was promoted
to approve/reject --- In other words... the automation rules were working.

As of today, I am getting the following error message. "No Actions Performed"...

So I was wondering if there is a bug in JIRA.. or is there any way I can checked for a more detailed log...

Further more, since the organization I am working for is a multi-department working, I have the following if-else statement for my automation...

Successful execution of Automation Rule above... 2 days ago.

Lastly, after checking the automation log in the SR, not all automation rules were ran.

or One large if-else on-top of each other with different users define per if-else..

Firstly, based on your second post here, specifically the simplified "rule in other words", you can simplify your rule as follows:

You might not need an "If" or "if/else" condition at all. The advantage here is that simpler conditions provide more information in the Audit Log, and the rule is simpler.

Secondly, consider using the "Log Action" liberally, particularly to confirm your assumptions. For example, put a message in the audit log right after the trigger to confirm the fields of interest - In your case, at least user, org, approver. More Smart Values here.

I like to use the "Log Action" liberally to add "debugging" to my automation rules, when I am developing them. It helps me to understand both the flow of the rule, when it is executing, as well as inspecting the value of the issue that triggered it.

Here is the rule in other words:
1. When issue is created.
2.  User who trigged the event
2.1 is in organization
2.2 "Organization of end-user"
3. Then Edit-Issue field
3.1 Approver is The Unit Head... 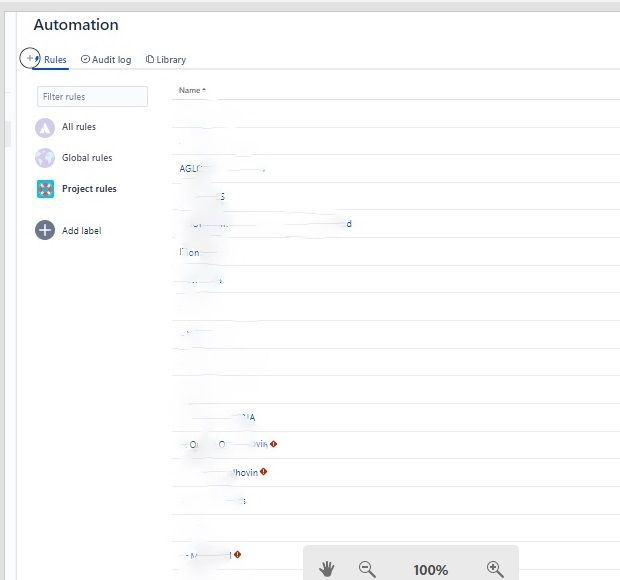 2. Currently thinking if this if-else (nested) will be better than the one above... 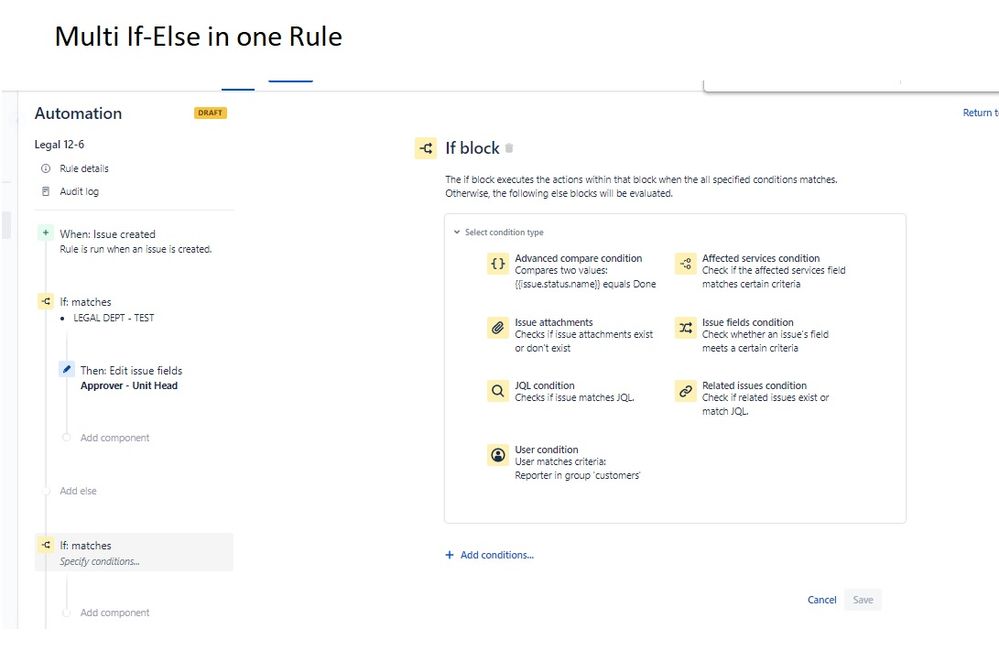