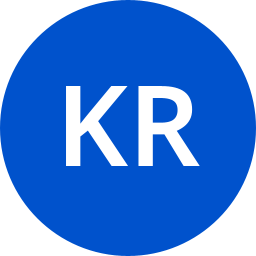 we're trying to set up our asset mgmt in Insight (Cloud) which works ok for hardware etc. once you got the hang of what should be an attribute and what should better be an object (type) in a meta object schema and only be referenced to as an attribute.

However the software licenses are a quite painful chapter...

Thought so far is to have in our CMDB: Object Type: Software (e.g. Object name "MS Windows 10" attribute Manufacturer "Microsoft" etc) and subordinate:

Object Type: Software License
in which I would like to list all licenses/contracts/keys as single objects with the attributes:

My big issue: how to allocate users to specific license keys and have the count evaluated accordingly (e.g. whether still one available)?

Or is there any other way to establish a reference between user and respective used license key that will automatically take the count into consideration?

I could only find a link to a similar question regarding the old Insight version which doesn't help me at all (also because of the outdated links): Solved: Insight Asset Management - Software Licenses (atlassian.com)

Of course there are other great settings that could help, like notification upon expiration etc... but that is a whole other Automation chapter I guess?

So any and every help on the matter of "gathering software licenses in insight (so as to be used for asset AND service management)" will be highly appreciated!

Hi @Katharina Rehberg and welcome to the Community!

This is a very open question, so I don't think I'll be able to give you "the" silver bullet answer. But I am willing to give you some pointers / things to consider;

Hope this helps you get started!

thanks so much for the prompt reply!

Indeed, activation via license key might not be the best example (esp. since it's often a perpetual license), but we do have license bundels for e.g. 60 devices/seats (my earlier wrong translation "instances" ;) ) with one product license key. Apart from that the most frequent activation type is with an account, I guess. And here we have sometimes 80 seats and more.

I was hoping for:

1. an easier way to connect users with the software than adding 80 attributes ("Seat 1", "Seat 2", "Seat 3"...etc.). Also the work when a user (e.g. presently as "seat 5") leaves the project and doesn't require the software anymore. You'd always have to check for gaps in the row to keep an overview on the number of seats taken in one license. Is there something easier?

2. a link to instructions on how to set up automation in order to get the alerts e.g. 30 days before expiration. So basically this question (Solved: Insight Asset Management - Software Licenses (atlassian.com)), but for the new insight / cloud version and with valid links ;)

Thanks a lot in advance.

We are testing out Insight and made it to about the exact place you did in your question.  We are trying to figure out the best way to assign volume licenses (multiple licenses with the same key) and then easily see how many are left.  Did you ever work out a good solution?

I think our preference would be to have one object for the license and associate it to each user that has a license assigned, although I don't yet know if that is possible.  We'd then want to be able to easily see how many are left.  I think we'd need to compare how many times it has been assigned vs the Quantity we put in an Attribute on the License object.

The only alternative I could think of is to create license key objects for the total quantity of each volume license, even though the key is the same, which may be 350 objects for the same license in our case.  That doesn't seem ideal.

Please let me know if you ended up finding a good solution. 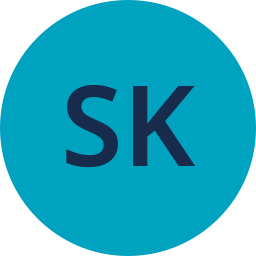 I am desperately looking for some insight here (no pun intended). At a higher level I was thinking of reporting on all types of licenses and query based on dependencies / associations, since some are volume licenses, some are applied directly to users, and some directly to hardware in which the user may be associated, etc. At a high level in theory I think I'm pretty close but I cannot wrap my head around license pools.

Hardware - linked to employee and / or application(s) and / or Agreements

From here, we could potentially build a foundation from which we can see exactly is what impacted should an Agreement expire and set notifications. We could potentially roll up some reporting against Employees / departments to show number of licenses used and their associated costs?

Bonus points would be a way to adjust the per user license cost for license types that are a "true up at renewal", ie technically licensed for 100 users at $50/seat, but doesn't require an increase during the term, so at 150 users would be $33.33/seat if you wanted to distribute costs for charge-back? Hmmm...