Structure: How to remove duplicate stories

I'm new to structure. In our board, we are using the Epic, Feature, and Story issues. My hierarchy is adding duplicate stories (example shown below). How do I remove this? I've tried inserting the filter to 'remove inserter/extender duplicates' but have no luck removing them. I've also attached a picture the current set up.

-Story-Duplicates (shows under Epic level; similar to the Feature) It looks like Stories are double-linked and have both the Epic link and the Feature link in them. So Stories are added to the structure one time by the 'Stories Under Epics' extend generator and second time by the Linked Issues(Feature Link) extend generator.
The 'Remove Inserter/Extender Duplicates' filter applies only in one particular scenario when an issue is added first by an Insert generator and then added again by an extender. It doesn't work when an issue is added by two extenders or in any other cases.

To build the structure you need we would recommend to remove the Epic link from Stories or to keep the Epic link but to use a different link type to link Features with Epics(and use another extender configured for this link type). The link can also be of the 'Feature Link' type, in this case, you will only need one extender that will add both Features and Stories to the structure and the hierarchy you want will be created as a result.

I hope this helps. Please feel free to contact us at support.almworks.com if you need any further assistance.

Thank you for the information. I followed your steps and was able to come up with something close to the hierachy that I want (with some substitutions). The followed the procedure below.

This would result in showing the Epic and having a "break" between the Epic and Feature level. The feature level now shows stories linked to it and no duplicated stories were added. By including the Epic Link column, this helps us distinguish Features to their corresponding Epics. 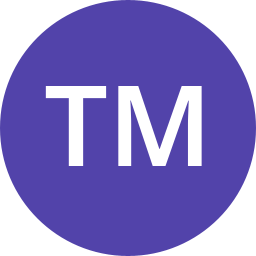 Hi @Steven Nguyen
I don't think it is possible to create the structure you want : the Epic issue may be a container for other issues, I guess Story and Feature are the same native type and they may be a container only for sub-tasks.
However, you may create links between issues like "is related to" to create a kind of a hierarchy :

- Stories (with a link to Feature)