Why is the Epic Report not available for Kanban? This question is in reference to Atlassian Documentation: Viewing the Epic Report

It shows up on my sprint oriented boards, but not on my Kanban oriented boards. It seems to me that Epics apply to kanban as well as sprints. In fact, maybe even better.

Kanban boards represent work arriving (hopefully in discrete packages, represented as issues).  An Epic is an overarching idea of a piece of work that needs to be broken down into pieces across many projects.  That's simply not what Kanban is for.

One of my old PMs described it as a flow of water.  If you're doing Scrum, there's a reservoir of water that you're going to empty by taking buckets, tins, and glasses out of, in order to drain it.  An Epic represents a general idea of how you're doing chunks of that water disposal.  Kanban however, is "drinking from the firehose".

Epics can be useful for some generalised grouping, but when you get to a point where the Epic report is useful, you really are moving into Scrum territory.

I'm going to disagree with you there, particularly your definition of an epic. To me an epic is often a story or feature that is too big to put into a single story. Let me give you an example that I have going on right now.

I have a situation where I want to switch over the backend database I store time-series data in. I have created an Epic for solving that problem. The Epic has about 5 stories in it. So it is truly an epic, because I think it's about a month of work and I don't like single stories showing up in my Kanban board that will take more than a couple of weeks of work. Yet, I won't have anything valuable until all 5 stories are done. Having stories  that are too big mess with my issue resolution predictability by putting too big of chunks into my issue flow and causing queuing problems. So without Epics I don't have a way to both tie together a bunch of work and still keep engineers with the flexibility to change gears in case something of higher priority comes along without messing up my two week moving average of completed issues.

Now, I'd like to actually look at the epic and see how much work remains. Perhaps the Epic Report doesn't actually provide me anything more useful than just looking at the number of stories in the Epic and watching them move to zero, but having some level of predictability on this set of stories would be quite nice. I have to admit I hadn't actually looked at the Epic Report before posting this question because I didn't have a Scrum board available to look at real live data with. However, since then I have and since it's all based on story points (which of course we don't use) it probably doesn't really help. So I'll just look at the number of stories. I guess that's good enough.

However, if there weren't a reason for Epics in Kanban why do they have the Epic switch in the general options section?

Just curious Nic, do you represent Atlassian or are you just expressing your opinion on the topic?

I'd agree with your overall opinion of the Epic - you'll note that I didn't say that they were useless.  Just that the Epic report doesn't make much sense for Kanban.  Because it's designed to report on Scrum based activity, not "drinking from the firehose".

No, I don't represent Atlassian at all. I work for one of their partners, but I'd say the same thing even if I were totally independent (and I have, before I joined them)

Well, if epics don't really make any sense for Kanban then... why you can enable epics in the kanban board?

What's the alternative to get a similar graphic report showing the status of a group issues? a filter? how can I get the graph without a plugin?

It's the Epic report that does not make sense, not using Epics to group things.  Remember the Epic report looks at estimates on cards, not throughput, which is how you measure Kanban.

Jira's Kanban implementation is for doing Kanban.  The Epic report is for doing Scrum (or non Scrum/Kanban stuff that looks at estimateS) 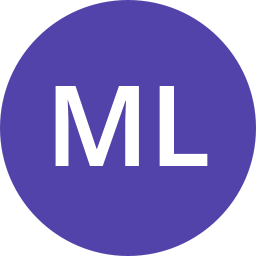 Did you find a resolution to this?  I have exactly the same issue.  I want to report on the epics, what work has been done (and time) under each epic so we can analyze where our efforts hvae been split.

Not really. I use epics to group things and I do the math myself to figure out how far along an "epic" is. E.g. I have one in progress right now that has 8 items and 2 completed. So, I'm thinking I'm about 25% done with it.

However, if you use both Kanban and story points (or track time on each individual ticket), I think you're pretty screwed as far as this report goes.

ok thanks, shame.  I am on the lookout for a plugin or 3rd party, i'll let you know if I find one!  I want this to track the time spent on each epic.