The issue I've run into is our project at the moment runs two separate boards. One is a board for artists, another is a board for engineers. The boards are set up such that most tickets appear on the engineering board (Bugs, tasks, Epics, etc) while the art board only displays "Art tasks," and issue type I made. These art tasks uses a different workflow from the tickets on the engineering board.

I set up an automation protocol such that when an art task is moved from a "review" state into a "waiting for engineer assignment" state, it automatically changes the issue type from "Art Task" to "Task" at which point it then disappears from the art board, and appears in the engineering board. I also made sure that both Art Task and Task have the "waiting for Engineer" state in them, so that even though the issue type changes, the state of the ticket remains the same.

The conundrum I've run into now is that when on the Engi board, the former art ticket cannot be clicked and dragged to a new state, despite it now being a normal Task. If I go into the ticket itself, it shows it's state and issue type correctly. Going to the state, if I attempt to transition it from Waiting into the engineers In Progress state, it starts showing the Art Task workflow states (though the art task workflow itself is not visible, instead it says it can't find a workflow). Notably, the issue type never changes.

Here is a gif of me transitioning from Waiting to In Progress. This ticket has already gone through the automation pipeline from an art task to a engineer task.

The root cause is almost definitely the automation, as if I take an art task, and manually change the type, going through the migration process, everything works fine, even from the waiting for engineer State. It could also be this is an unsolvable problem given Jiras architecture. Appreciate help figuring out if this is worth banging my head against, or if I need to change my tact and do something like having only a single workflow, and no separate issue type, instead marking the art tasks off with a label or something like that.

Thanks for the help 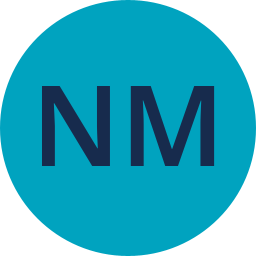 Moving an issue from one Issue Type to another is fought with danger and is one of the more complicated things inside of Jira. Changing issue type shouldn't be considered part of a normal workflow. We put a big warning up to help people understand this may cause issues:

What may work better for you is to create a new issue in the other board and link the 2 issues together. Would that work for you?