I want to show priority on sub-task lists.

I have a task named "Make Peanut Butter and Jelly Sandwich". It has subtasks:

However, if I'm viewing the "Make Peanut Butter and Jelly Sandwich" parent task, while I can see all the subtasks together in a list, I can't see which one is more important. It's probably a good idea for me to go buy peanut butter before I do anything else - it's a high risk task! What if I tried to make the sandwich late at night after all the stores were closed? It would be a project failure. In contrast, the banana slices are optional, and so less important.

Are you using JIRA Cloud or Server?  If you're in Server you may find some tips here:

More specifically, you can go to Administration --> General Configuration --> Advanced (button at the bottom of the page) --> jira.table.cols.subtasks, and add the column you need

If you're in the Cloud, I don't think this is supported.

It's also supported for Jira Cloud. You should go to General Configuration -> Advanced Settings: 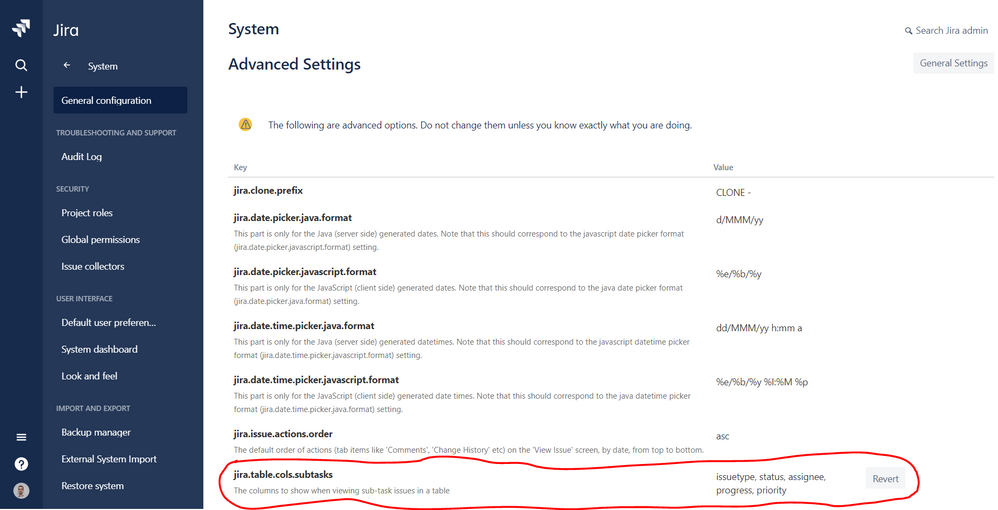 I can't seem to find this setting in the most recent version of Jira, any pointers?