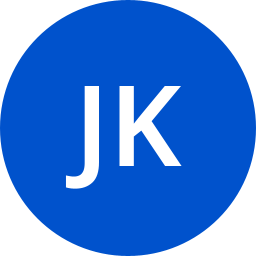 We have two client machines where users create a lot of issues per day (100-250 per day).

The issue creation takes quite some time as there are a lot of post functions in the workflow and the server is under high load from time to time, issue creation is usually taking ~15 seconds, but it can also take a minute.

For their use case we send the users right to the /secure/CreateIssueDetails.jspa page (instead of using the "overlay mode you get when you hit the create button.)

Now in about 1% of all issues created the issue is created twice with identical data.
In one case even 3 issues were created instead of one.

I checked the access-logs and i can see the POST request repeating about 15 seconds apart.
I have interviewed the guys working on the machines today and the both swear they didnt double click the create button,  hit enter or did anything else than just waiting for the request to complete

On these two machines the users recently switched from using firefox to using chrome because Jira for some unknown reason started to run significantly slow in Firefox, the issue has never occurred before they switched to chrome.

The Jira Instance is an outdated 7.13 instance which we are currently updating on a test system, but i would rather fix the problem on the old system before we upgrade the production system because the update is currently blocked due to some issues with apps.

Speaking of apps there are quite a few apps on the instance, the ones that add fields or code to the issue create page are Dynamic Forms, Script Runner Behaviours, Stagil Asset Releations. Another app that generates output in the browser console are SimpleTasks

Has anybody experienced something similar?

So far i avoided the effort to check if its reproducible on another system, i see myself creating 100 issues...

So my guess is this will never be fixed at all.

Im wondering: as this bug is in the jira server project, will it automatically be closed when server maintenance expires or will it continue to exist as a data center bug?

The reason why we open the create screen in a new tab is because we can then prefill project and issuetype (and a  select field) with URL parameters:

Im asking Atlassian support if theres a way to prefill those when using the "overlay" create screen.

Thanks for the update! I'm glad you found the bug report because I didn't.

Yeah i saw some people mentioning DC in the comments

That's odd and not something I have seen before in Jira. My first thought was users hitting the button twice when the creation is not quick enough too. But if those duplicate requests are always exactly 15s apart it doesn't sound like a user interaction

Hi Charlie, thanks for putting though in this.

1. i tried clicking a lot and in the chrome dev tools it looks like this: 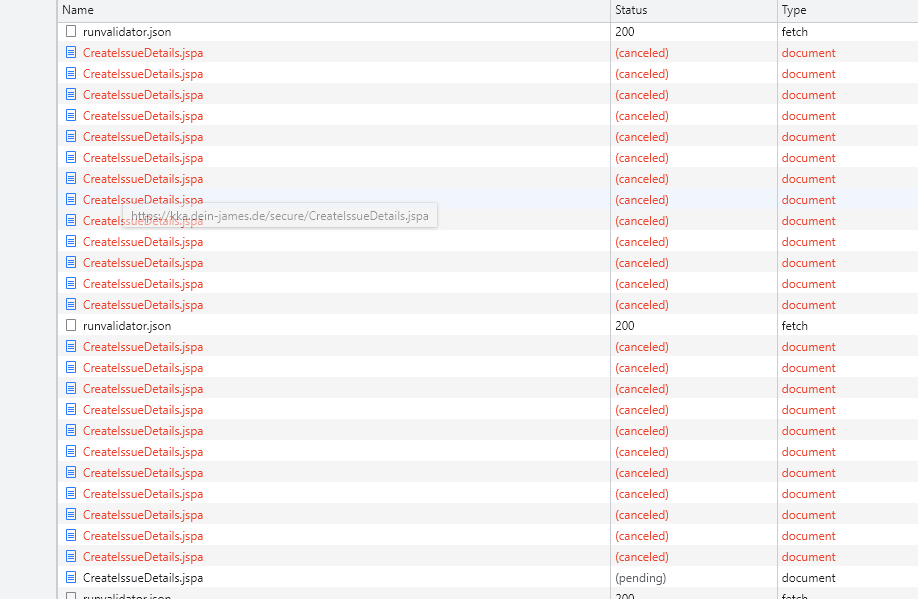 The request get cancelled but they are processed anyway, i just deleted 46 issues.

This also happens in Jira 8.16 under Chrome.

3. We switched to the Vivaldi Browser to work around another browser issue we are having on these exact two machines and we'll monitor if the problem prevails

found the bug ticket in JAC (see my other answer)