Custom field not displayed in issues

I have created a custom field named Project Manager and it's a User Picker (single user). It's set to only display on EPICs. I have added it to all screens and schemes.

However it do not appear in any EPIC. As admin I can add it manually from Admin -> Add field. If I pick my user it displays on the EPIC I chose it to. If I remove the assigned Project Manager it disappears as a field again from the issue.

A field will only show on an issue if it has a value.

I've set default value, since this is a User Picker I've picked up a default one.

However it does not show up in any EPIC issue, nor other issue.

If you go to the issue and use the "Find your field" option what does it say? 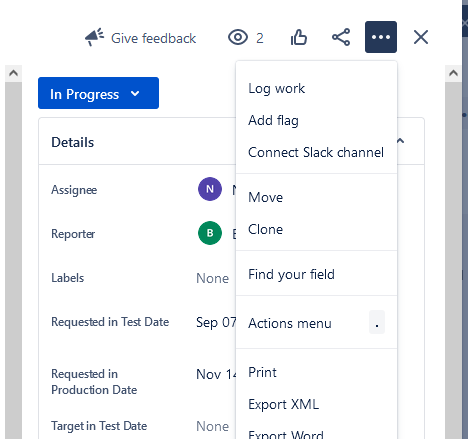 // I think I incorrectly tagged this as "jira-cloud" as I mistook Tim's reply for Zhivko's with the screenshot and can't remove it.

In any case I agree with Tim's answer - the custom field will not appear on issue view unless it contains a value. If you added the field to the screen, it will not just disappear or get removed from there, unless you specifically remove it from that screen, so I do think we are all talking about whether the issue currently has any value in the custom field (thus it is shown), or whether it has no value (thus it won't show). You should however see the field on Edit screen.

One more point which a lot of people mistake - just because you add a default value doesn't mean the value is added to existing issues. It will only be added to new issues created after you added the default value.