This is the second part of the article about Jira Day 2019 - the largest Atlassian-related conference in Central and Eastern Europe. Read the first part to learn why did Atlassian Feico Mol leave the stage during the opening keynote and how to avoid too high downtime costs.

Atlassian Senior Quality Engineer Michał Warkocz brought to the stage some insider tips about how reported bugs in Jira Server and Data Center are collected, prioritized and eventually fixed. The team’s prioritizing factors include:

It’s interesting to note that since Jira 8.0 release, 39% of all reported bugs have been already fixed, and another 7% is currently in progress. The rest is being triaged and assessed to include the fixes into the upcoming versions. 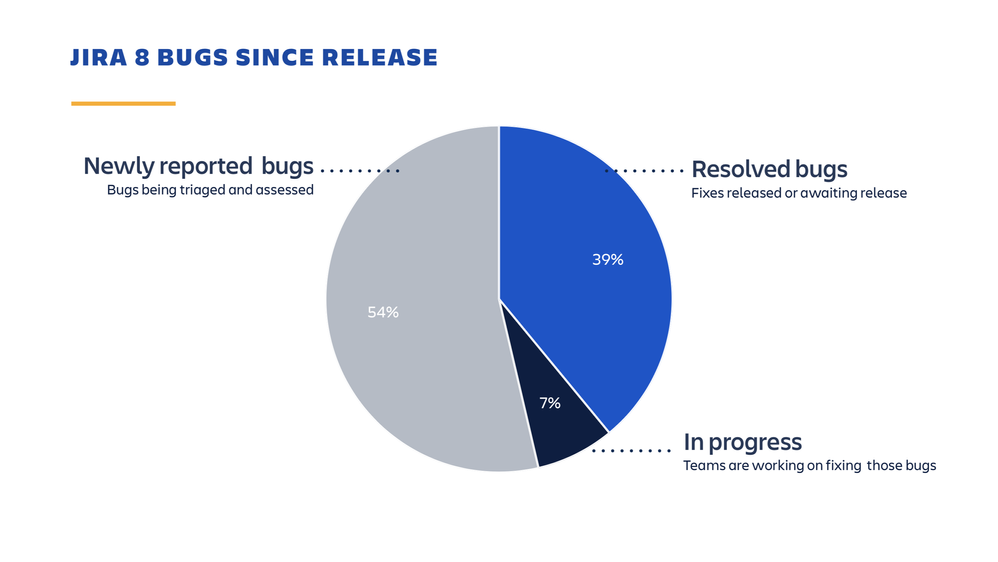 When Jira becomes the central point of communication inside and between teams in a company, relationships between software and its users start resembling those between humans. People are so different, and so are the tools we use, that sometimes it seems we are from totally different planets. So our own Senior Atlassian Apps Manager Katarzyna Pawlak claimed Jira being from Mars and its users being from Venus, paraphrasing a famous bestseller book by John Gray. The point was, the source of the frustration people often have about Jira is improper understanding of either the tool’s possibilities or the users’ actual needs. This results in a lack of communication inside a team, between customers and support agents, or even between analysts, developers, and testers working on the same project. Luckily, in contrast to human relationships, most of our problems with Jira can be solved with the help of dedicated apps. Kate reminded that we at Deviniti for 15 years have been helping improve customer and agent experience through Jira Service Desk, let teams work faster and easier in Jira Software, and bring requirements and test management right inside your Jira with both our products and services.

To exemplify that customized Jira can speed up the teams’ work even in a distributed environment, an interesting case was presented by Lionbridge’s Product Manager Michał Cieślak. Their global content production team receives 38 thousand requests monthly and often has less than 24 hours turnaround time. Over a hundred certified linguists and over a thousand more community members, all situated globally, process these requests and localize content for their clients. Aside from obvious management complications resulting from this situation, like assigning the tasks to the right people and ensuring a smooth workflow, a couple of technical issues arise here as well. Importing tasks via native Jira API created many duplicates, as the same task could be assigned to multiple possible executors. So the team customized the REST API to process issue creation requests in groups and create assignments inside one task, which reduced the issue volume from over 10 thousand to less than 2 thousand a day. Also, small tasks needed to be grouped into packages, which creation reduced from 2 minutes to just 3.3 seconds just by increasing the frequency of re-indexing during the package creation. Also, the team featured a text word count and Dropbox file streaming right on their issue view to streamline all the activities related to the content. These and other improvements helped increase on-time delivery from 82% to 96% within 3 years. 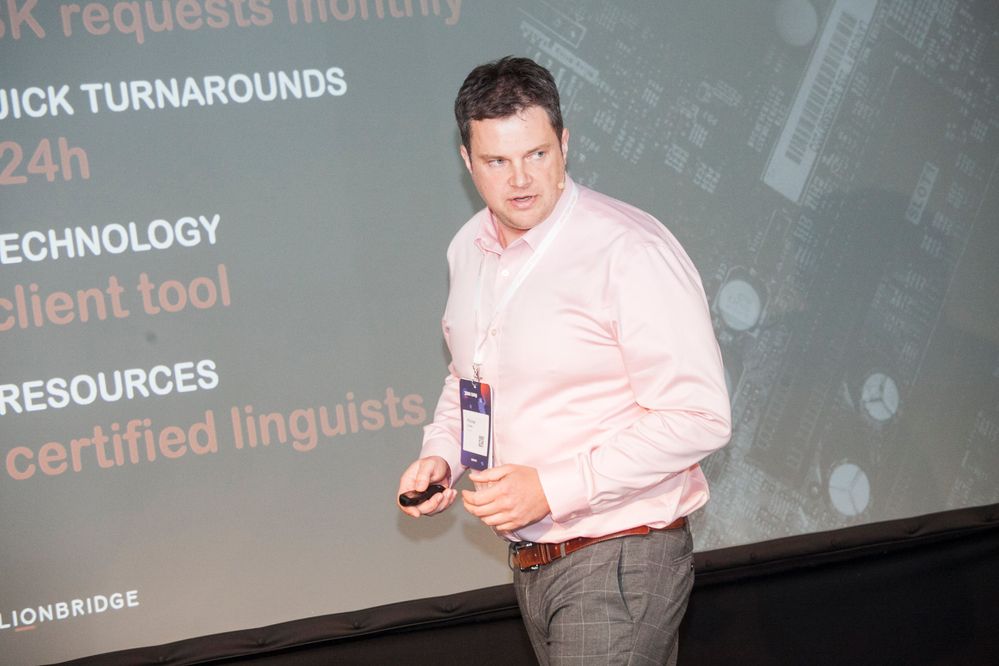 The Atlassian ITSM tool also has been on the rise lately, as the DevOps approach has become a must in many companies, and support teams benefit from sharing the working environment with developers. Jira Service Desk has lots of possible use cases for both internal and external customers, some of which were presented at Jira Day 2019 as well.

One of the biggest challenges of customer support in big enterprises is streamlining the process of accumulating customer requests in one place. Sebastian Krzewiński, who presented his experience of implementing Jira Data Center at Allegro last year, this time explained the case of reorganizing customer support in Żabka – one of the biggest Polish retailer franchises. While previously Sebastian worked with Atlassian software in the context of IT support in e-commerce companies, now he found himself in a completely different situation. The customers didn’t always have the technical knowledge, which required making the Customer Portal as simple as possible. What’s more, different teams supported different areas (finance, security, etc.), but were all on the same organizational level, which caused them to have many sources for issues. What he did was a gradual move from many points of contact to one with the help of Jira Service Desk. One team is serving the first support line now, and they manage to resolve most issues right away. If this doesn’t happen, they pass the tasks over to the Level 2 teams who operate on a different project. The issues between the projects are synchronized with our Issue Sync app, so all the teams are on the same page, but the communication with the customers is performed only on the first line project. The final step is to eliminate all the issue sources except for the first support line.

Another common problem of IT teams is passing the requests through multiple acceptance stages and enabling close collaboration between support lines and the development team. This is what adding Jira Service Desk to the suite and customizing it can solve brilliantly if the rest of the team already uses Jira Software. Artur Karpisz, the IT Project Manager of Alior Bank, one of the biggest players on the Polish market, explained how they managed to set up the whole process inside Jira – from submitting an idea up to final acceptance, implementation, and maintenance. This is not an easy task, especially for a company that has 8053 Jira users, a total of 125 projects, 138 workflows, 887 custom fields, and a total of 477 679 issue volume to date. The team required significant customization of their instance, involving 16 apps from the Atlassian Marketplace and a couple of in-house developed add-ons and scripts, to make the software do the exact job they need. The improvements they’ve made to out-of-the-box Jira were: 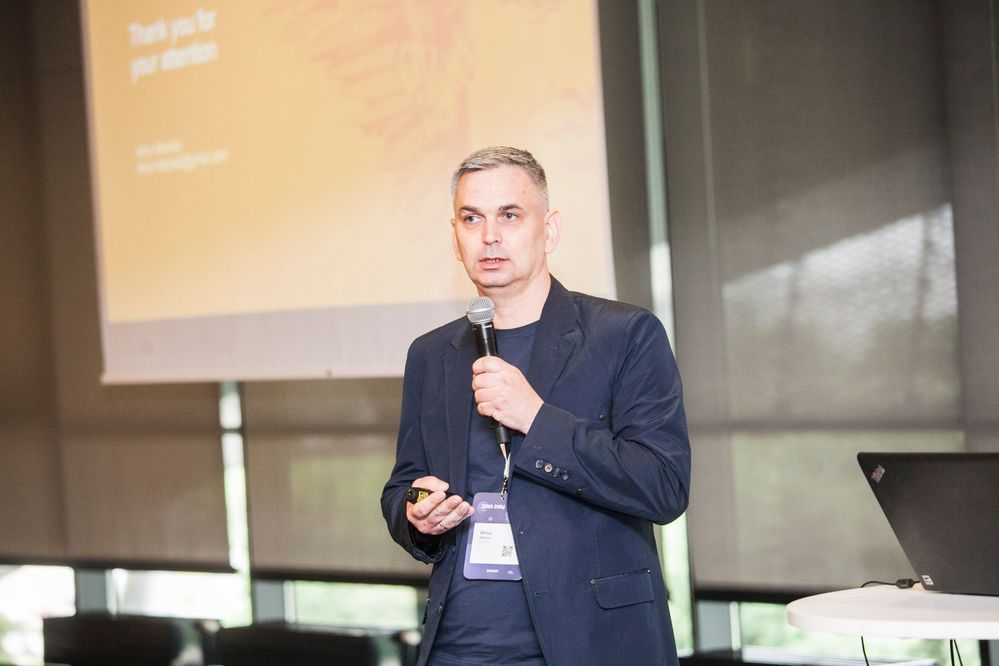 Automation has recently become one of the hottest topics in many areas from logistics and healthcare to software testing and ITSM. While experts like Atlassian resident Work Futurist Dom Price are rather skeptical about machines substituting humans in customer support, businesses are naturally seeking ways to make software work together with humans to deliver the most effective output. London’s Atlassian Community Leader Tom Harris specializes in automating Jira Service Desk and dedicated his stage time to explaining why, what, and how to automate this Atlassian tool. Generally speaking, the turning point to decide for automation is when the cost of implementing and maintaining it is lower than the cost of human employees doing the same job. At a certain scale, it’s more effective in terms of time, too! Simple math shows that by automating a monthly task which one person has worked on for one hour, we’ll save 2 full working days across 5 years. Multiply this by, say, a hundred employees, and you can get the point.

In Jira Service Desk, there’s a lot of actions which can be automated instead of being executed manually upon certain triggers and conditions: assigning requests, changing their statuses, updating linked Jira Software issues and vice versa, notifying the request participants, and much more. They may seem small, but when they all add up, the effect is instantly visible, as the support teams work easier, and the customers see their requests resolved faster.

The Marketplace vendors who came to the conference were presenting the latest releases and updates to their products, too. For instance, our German peers from re:solution came to show off their newest additions: Language Translation for Jira Service Desk, which helps translate requests’ summaries and descriptions with the Google Translate engine, and User Deactivator for Jira, which they’ve recently acquired from Riada. The latter in their turn have added ITSM project templates and reports to their Insight CMDB platform for Jira Cloud. Lucidchart showed up in Poland for the first time with their diagramming solution, as they’ve recently become our new Partner, and Tempo has just released a mobile app for their time tracking app on Jira Cloud.

Our own Apps team had a couple of big releases to show as well. Katarzyna Pawlak and Michał Sztuka presented Theme Extension for Jira Service Desk – our brand new solution for redesigning the Atlassian customer support tool and applying a brand style to the Customer Portal view. Natalia Korybska and Jarosław Solecki explained how to complete software projects in Jira by bringing requirements and software testing inside the tool with our newest addition, Requirements and Test Management for Jira.

Sure! Atlassian Ecosystem events like Jira Day are not only about gathering and listening to talks and watching demos, but also about casual networking and making friends. In the expo hall, we had a feedback wall, where everyone could leave an honest opinion about the Atlassian software they use. After the first day of the conference, it was enough to go a couple of floors downstairs to get to a stadium party with a dancefloor, VR games, an open-air terrace with a view of the gorgeous stadium, as well as lots of delicious food and drinks. During the two days, the attendees were to play the Passport Game, which implied going through all the vendors’ booths, gathering branded stickers from them and then taking part in a prize lottery that ended the whole two-day Jira adventure. 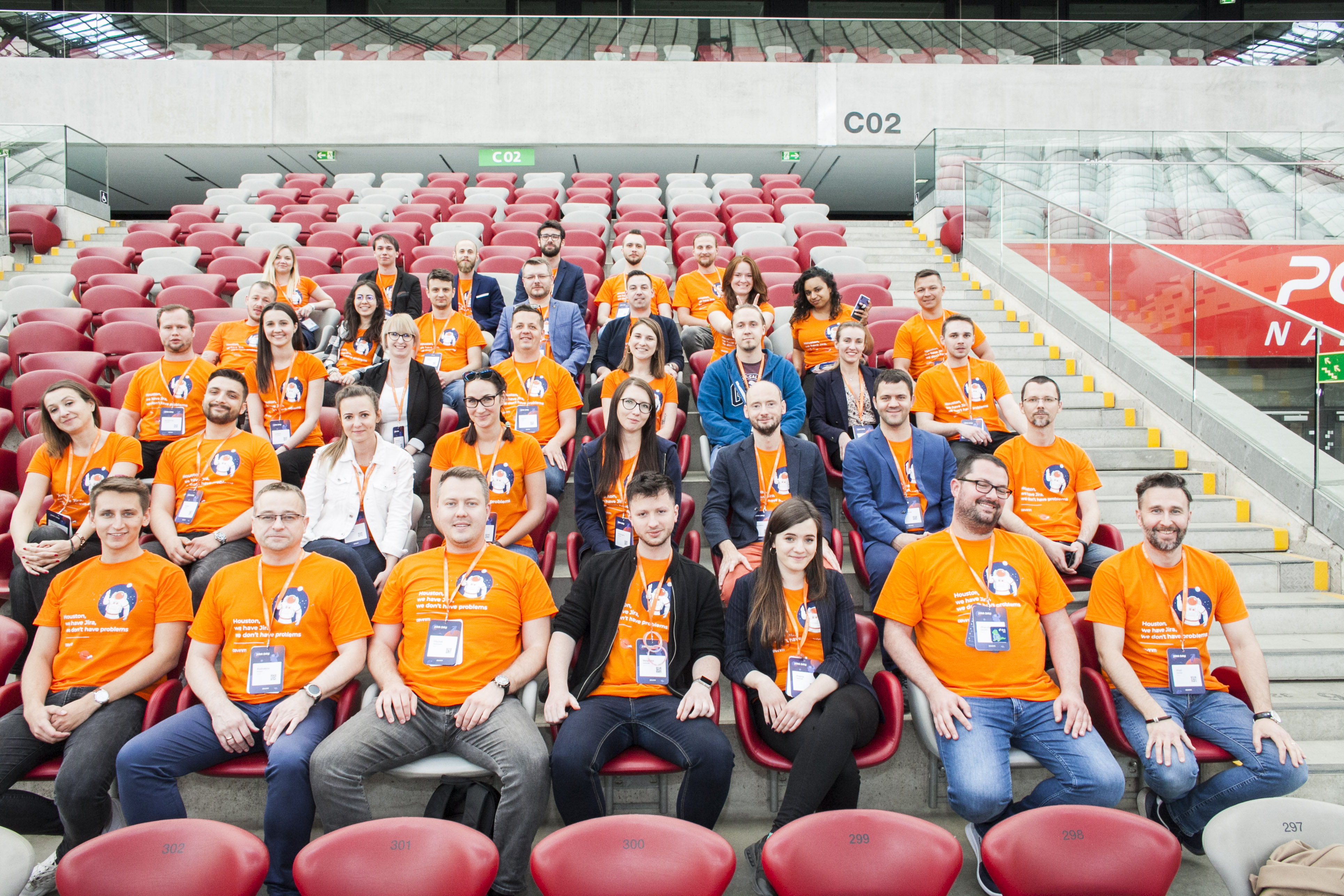 However serious the topic of enterprise software is, during such events everyone is making lots of fun, including us as the organizers! We’re proud to make Jira Day happen every year for seven times in a row, and on May 27-28th 2020, the event will be there again. Let’s have fun and share knowledge together next year!

Experience Jira Day 2019 by taking a look at all the presentations on the event’s webpage and watching the highlight video.

Want to know why did Atlassian Feico Mol leave the stage during the opening keynote and how to avoid too high downtime costs? Read the first part of the article!