Have you ever changed a project's type?

We're looking to simplify Jira and we need your insights to help us.

The Jira platform lets software teams, service teams, and business teams collaborate with a single site to track their work.

We sometimes see teams change their project type after setting up a new project - usually from a software project to a business project.

Have you ever changed a project's type? If you have, why?

I recently helped someone change Software projects into both Service Desk and Business projects, for broadly the same reason - simplification.  You take a Software project being used for development and then gradually add non-development users to it so they can create their own issues in there without you needing to do it for them or help them with it.

Once you get enough of them in there, your project purpose shifts - it's part way between "tracking the basics for the end user" and "lots of development information".  And, quite often, development teams shift around and teams change.

So it's a split - the end users get the business or helpdesk project for gathering issues with simple tracking, and the developers get nice new development projects for new work and their new structures, and the judicious moving of some of the older stuff.

We've also seen (on Cloud), some development teams vastly under-using boards and saying "why can't it be more like Trello with a workflow?" - pretty much what a business board does.

And in the other direction, I have seen Business projects go to Software.  It's mainly when a team that is ok with Business (at first) builds up enough knowledge and familiarity that they're happy to work out the additional stuff you get with Kanban (or even Scrum) boards, especially the tracking.

@Nic Brough _Adaptavist_ Thanks for the insight.

I'd judge each case on its own merits - we often did move issues to new projects.

You still have to do all the "new" config whether you're moving or flipping the flag.  Moving to a new project can mean having to replicate some or all of the current config of the old project too (the further away from the template you use, the more needs doing), and that can become long and boring if you've done things like project-specific custom fields.  So we always look at how the projects currently work and how we want them to, then decide which way to go from there.  Generally, the starting point is "just how much do you want to change in this project?" 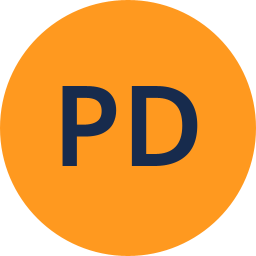 This new restriction (no longer able to change project type) has inadvertently hindered my organization ability to support projects.  We have some projects that were setup as Business projects that would now like Boards setup and are unable to meet specific requirements without converting to a Software project.

It is a problem to setup a new project with a new key due to the business impacts (teams are already referencing existing key).

Are there any work arounds to avoid a new project setup? This would be be greatly appreciated. At the time of setup we have previously witnessed changes back and forth between Software and Business projects so this was not considered a critical decision at that time.

Unfortunately, there is no workaround that gets you 100% of what you're looking for. One of these two options might be an alternative.

Unfortunately, during the move; the issue keys are not guaranteed to maintain the same issue number (unless you move one issue at a time to match up the sequence, watch out for deleted issues). Example: OLDKEY-1 could become NEWKEY-2