Are you up to speed on what's new in Jira Software Cloud?

Join Jira Software's Heads of Product and Product Marketing as they share what's new and give a sneak peek at what's to come.

Click here to select a date/time zone that works for you!

What you can expect to learn during the webinar

We hope to see you there!

@Josh Frank Hey Josh, saw the webinar on Youtube, I have to say it was impressive and the detail is appreciated!

I wanted to ask you re: the extra levels of hierarchy you mentioned on in the pipeline.  Can you share any more details at all re: release date, and what will be included?  Since my team started with Jira the biggest pain point - by far - is the "flatness" of Jira.  We struggled with Portfolio (Cloud version) for a long time, putting in a ton of effort.  Ultimately what we were missing was the ability to have another "dimension" let's call it "above" projects and issues.  We found it always to be a workaround to plan projects - in the PM sense, not Jira sense which groups work - and have them forced into Epics, which have to be part of a project.  In reality, we are doing releases which involve marketing, engineering, content, etc.  This type of planning entity should reside "above" projects and pull in requisite issues from where they reside in projects.  I've had a lot of discussion with fellow users that in reality, Jira is just a flat system and your hierarchy, as currently configured, boils down to:

Various containers that group these Work Items - Projects, which themselves have only one level since there is no such thing as Project Groups, or sub projects.

Epics are commonly used to manage "projects" in the common use of the term, ie initiatives with a start and end date.  But the way they are structured in Jira is essentially like a big issue.  They too can't live outside a project.

This is very well illustrated with the Unito app I was trying to use to set up a Wrike/Jira arrangement for my team.  Unito is forced to link Jira Epics to Wrike Tasks, not Wrike Projects!  In Wrike, Projects are simply containers with a start and finish for tasks.  But Unito told me they couldn't map to Epics because in the API backend Epics are basically big tasks.  Wrike allows unlimited hierarchy for tasks, so you can basically do a Jira-like set up by simply having two levels of subtasks in Wrike:

This meant I would have to map projects to projects, which behave completely differently in the two apps - Wrike having the more common use of "projects" that is also used in Asana, Teamwork, Hive, Clickup, etc., etc.

My potential of sticking it out with Jira is really down to the intrigue of you guys releasing something along these lines, which would be a really positive step.  I was very excited about Jira Premium back in June as it held promise of this, and you teased it in the Webinar.  Would be grateful for any indication whatsoever you can give me whether there will be indeed some "dimension" of hierarchy above the basic Jira structure, that would be a real game changer for me that I can hold out a while for if I know it's coming! 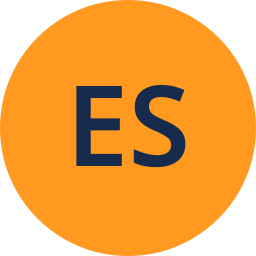 Hi @A_Raadls thanks so much for your thoughtful comment! It's always super helpful to receive such a constructive feedback that provides a lot of context.

Unfortunately the 'hierarchy' we mentioned in the webinar referred to the new ability to display story level issues on the roadmap. We're still exploring how best to help teams meet the needs for additional levels of hierarchy in Jira; we can't promise any timeline at this stage.

However, I'd love to talk to you about this in more detail - especially where Portfolio failed you in your journey. If you're interested, please send me an email to esa@atlassian.com and we can arrange a call.