I am receiving two emails that I am using Jira Automation to create a ticket from. The first email, lets me know that there is a data issue, and a Jira ticket is created to document the event. I then receive a second email, letting me know the event has been resolved, and I'd like to have the automation rule update the status of the first ticket, but right now the rule I have is creating an entirely new issue rather than closing out the initial issue. 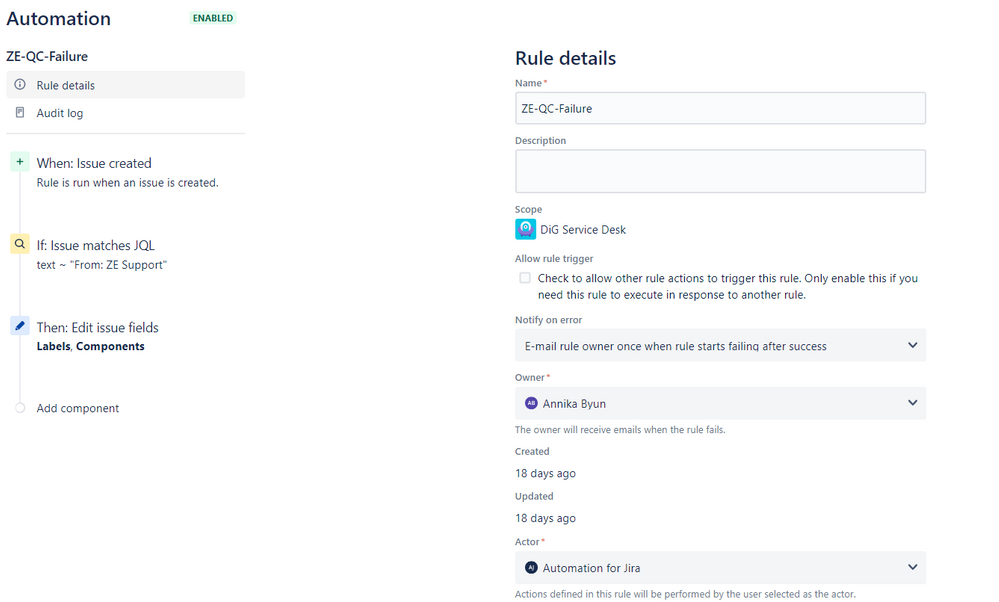 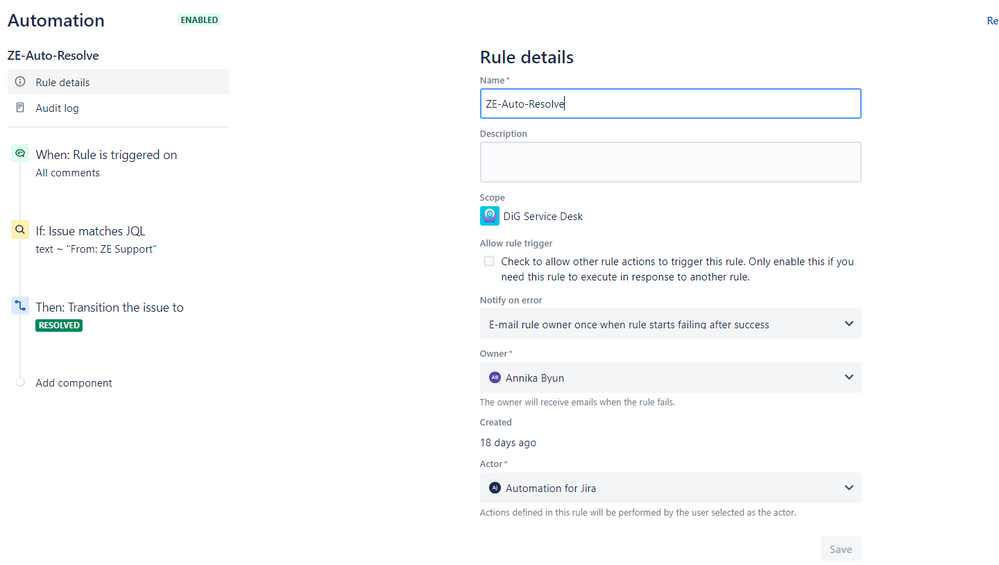 Welcome to the community.  Please share your rules in details and we can take a look at how we can assist. (screenshots would be ideal).

You may have to review the email ticket creation vs comments configuration first. Look at the jira handlers section. When a user replies to an email that has the issue key it adds it as a comment. Otherwise it creates a new ticket.

Also check whether rule 2 has executed in the audit log.

To backup Fabian here, the first step is to ensure that your email handler adds a comment rather than creates a new issue.

Automation will only work on issue events rather than emails directly.

Once you've got your email handler adding comments you can set up your rule to be:

Hello Atlassian Community! We’re thrilled to announce some exciting changes to incident management in Jira Service Management Cloud, in order to give your teams extra muscle during incidents, and ...