If all issues are done for that release & release date is passed,can we mark Fix Version as released

Can we develop Jira automation rule which checks if all issues are done for that release & release date is passed. If both conditions are met, fix version should be marked as released.

Actually I have developed the rule but it does not consider all the issues. It checks one at a time like status is done and release date is passed, it will mark that fix version as released but that fix version is having other issues which are not in done status.

Can refer the below snap. 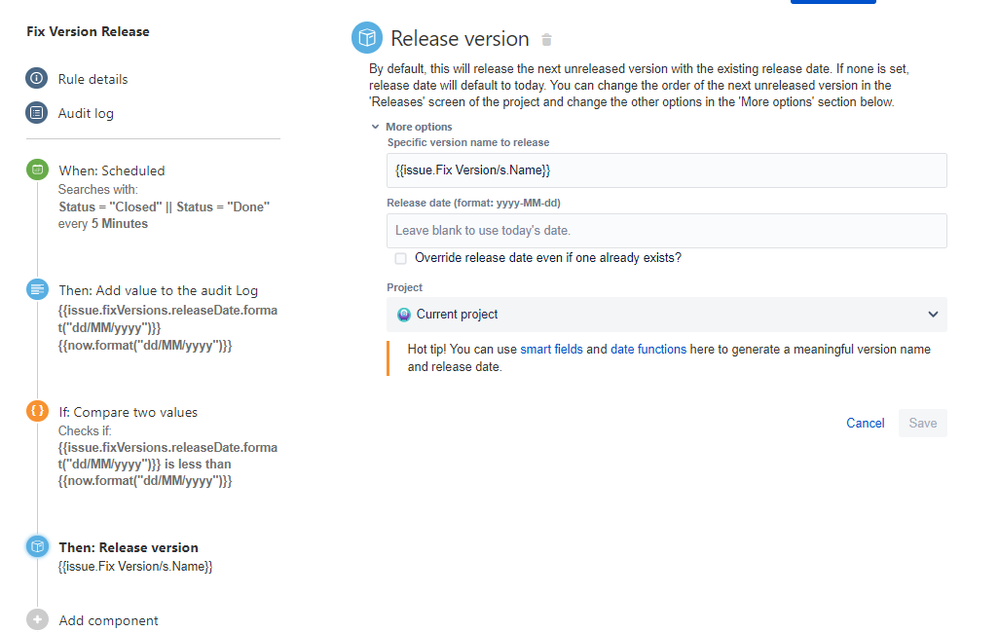 To do what you ask, you could use Lookup Issues actions and JQL to check the count of issues in particular conditions, and then release the version when satisfied.  For example:

I am using Server version so lookup issue component is not available.

And for trigger part using scheduled but it requires JQL because if I choose simply run the conditions and actions without providing issues option it gives the following error. 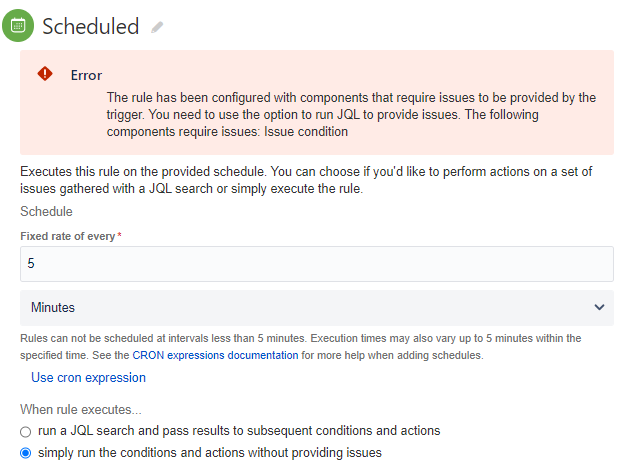 Is there any way using webhook data or any other approach to do this?

Sorry, I did not catch that you were on the server version when I answered.

Yes, you could use a web request such as to call the REST API for some JQL to replace what lookup issues could provide.  Here is an article on using that technique:

As another alternative, you could also use a branch to update some indicator entity properties in the version.  Then check those to decide if the version should be released.