How to use a variable inside curly brackets?

So my idea is the following: whenever I create a new card (on my board about video games), I want to automatically fetch that game cover image and add it as an attachment (to then appear as the cover image of the card).

To realize this idea I am using a Game DB API and Butler to fetch that cover image and then add it as an attachment.

This is my current Butler workflow:

My issue here is with the second POST. I have made several tests and came to the conclusion that the issue is with using a variable inside curly brackets like it is happening in the POST header: { "client-id": "???", "authorization": "Bearer {httpresponse.access_token}" }

My question is then: is there a way to use variables inside curly brackets in Butler commands?

To whomever finds himself in the same predicament as me, I leave the solution that worked for me that was achieved with the help from the Trello Support team.

Basically, it is not possible to use the `httpresponse` variable inside a JSON object (i.e. inside curly brackets) due to the way that the variable is handled (tip: has to do with regex parsing).

So the solution is to store the value that will be used inside a JSON object in another place, like a Custom Field or the card description and then use THAT variable inside the JSON object.

This is the flow: 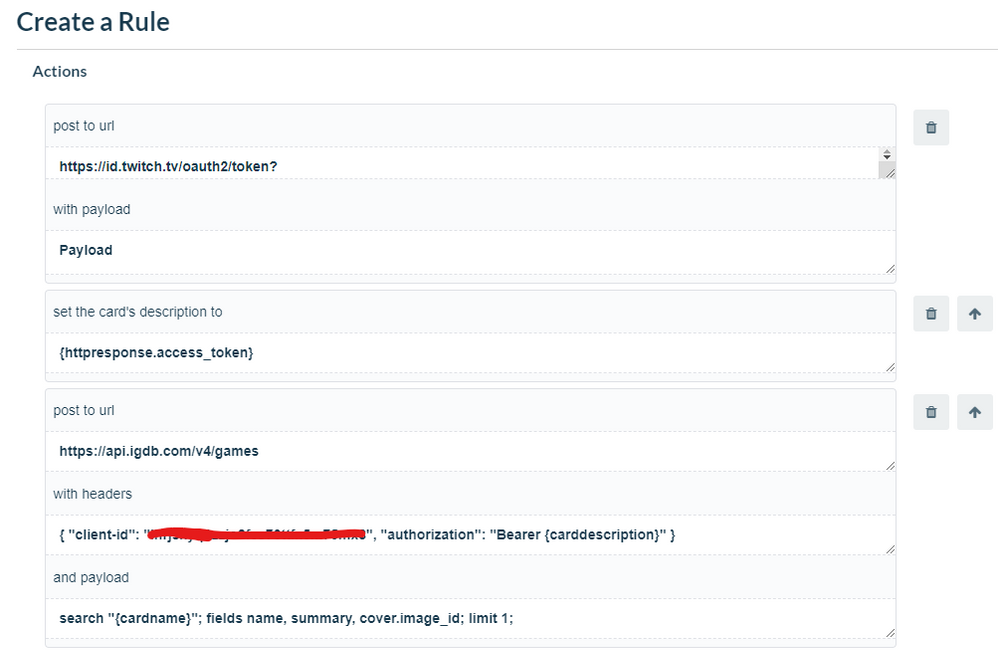 Just to clarify, that is only one rule but with several actions on it.

I did it that way to test the behaviour of the `httpresponse` variable (and consequentially, also with the `cardname` variable).

Anyway, I will try contacting Trello Support by using the link that you provided.

Thank you for all your support with this. I really appreciate it :)

You have written 3 different things in3 different rules in the screenshot!

change all three to

As for the issue, I have recreated again the rule and it still has the same behaviour! Unfortunately :(

I think you have misspelled or made the wrong rule!

Delete the rules and recreate them! It was not a bug!

Thank you for the welcome. Glad to be here :)

Actually, I had already read that documentation. And all the others that are related to Butler (https://help.trello.com/category/1134-butler).

Unfortunately this specific case is not mentioned. Or atleast I did not find anything mentioning this particular case of using variables inside curly brackets.

But I have done some more tests and noticed something.

I have created the following Butler rule: 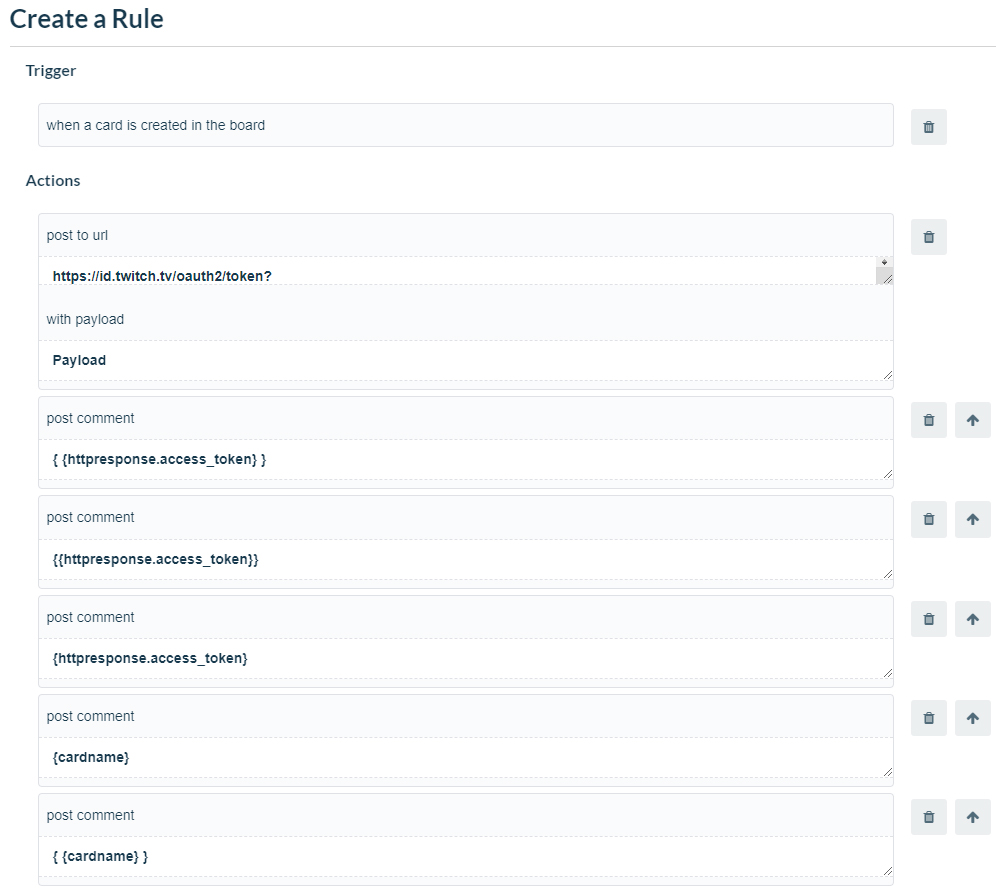 And when I create a new card on the board that is using this rule, it behaves like the following: 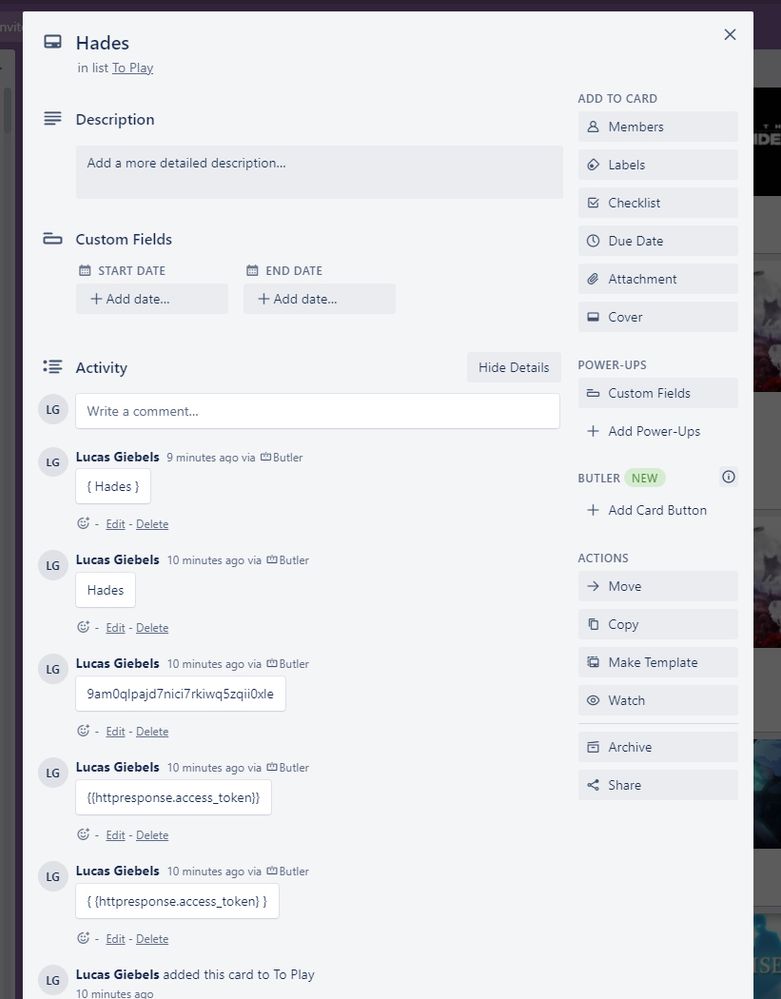 Can someone confirm that this is really a bug?

But if not, how can I make `httpresponse` work as `cardname` does?