When I try to add an attachment from Google Drive to a card inTrello, a lot of disordered folders from Drive appear. I have a clearly defined folders structure in Drive, like Clients/2018/B2B/NameofClient/the files itself. However, I cannot use these paths: to firstly open the folder Clients, than its subfolders and so on. Is there a way to solve this issue? Unfortunately, we don't have control over how the folders display (or which folder display)—these are limitations of the Google API. If you search for the relevant folders, do they appear?

Thank You for the answer. Yes, the search is working. It definetely helps. But I thougt that there is somehow possible to see entire tree of the folders of first level. Anyway, thank You for help.

This is extremely unfortunate.

Our company wants to move our files from a local server to Google Drive, but the fact that the folders aren't organized when attaching from Drive to a Trello card is basically a deal breaker.

We have multiple jobs that require repetitive information to be gathered. (ie..photos, permits, surveys.)

In the same manner as Andrei...

The way the power up works on Trello ends up showing the "SURVEY" folder for every job we have on file...so there's not a way to distinguish which is which. (as there are literally thousands of "SURVEY" folders on our server, each housed in separate master job folders)

This is not the case when using Google Drive from the web browser, as everything is filed according to master folder/sub folder. (Identical to our current local server folder setup)

It seems like there should be a way to make the power-up mirror the way that Google drive functions normally...instead of forcing each folder & sub folder to show up automatically.

I also wanted to add that the files DO stay organized with the DROPBOX power up.

We'd really prefer to use Google Drive as it integrates with the rest of Googles apps...so the fact that this doesn't function identically to the way Drive works "out of the box" is frustrating to say the least.

I totally agree with Drew, this is a serious issue and since it works so much more poorly than other's implementation of the API, I can hardly believe it is an API issue and not on the Atlassian side.

Other than using the search function, not all folders show up in any view.  This includes the ones I most need to access. 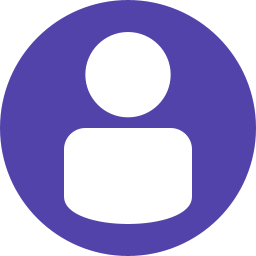 Allen, i struggling the same problem. So, if you'd find solution, please let me know!

The Google Drive browser in Notion gives exactly the same file list as in Trello. So, this appears truly to be a limitation either of what the Google API will provide or of how the Atlassian (and Notion) queries are structured.

EDIT: The view presented in Shared Drives appears to respect the folder structure better than the top-level view presented directly from the (normal) Drive. So, one solution may be to use a Shared Drive as the root level for all other folders.