Butler Rule - not working when someone else completes checklist

I've set up a rule in Trello that has a trigger that when "anyone" completes a certain checklist in the card the card is supposed to follow a number of actions:

Now whenever I check off this checklist it works perfectly but whenever someone else checks it off it doesn't work? Do you know why that is even though the trigger says "completed by anyone"?

Is it because I've set the rule up on my login only? Does it have to be copied on everyone's login? Is there another reason? Just need to get this sorted as it's my job to set all these automations up but they need to work for everyone not just me!

Rules are owned by individuals, but can be applied to one or more boards. It sounds like you haven't applied to the board in question or the rule isn't correct

If the rule is enabled on the board and only working for you, then provide a copy of the rule here so that someone can double-check the rule trigger's logic.

Also, there may be some other rule on the board some other person has enabled that is undoing your rule. Have a look at the details of the card's history to see if your rule was triggered and if another rule then did something contrary.

It's definitely enabled on the board but when I logged in on another account none of the rules I've set up is visible on the board? Below is a screenshot of the particular rule I am looking at - there isn't another trigger similar that overlaps: 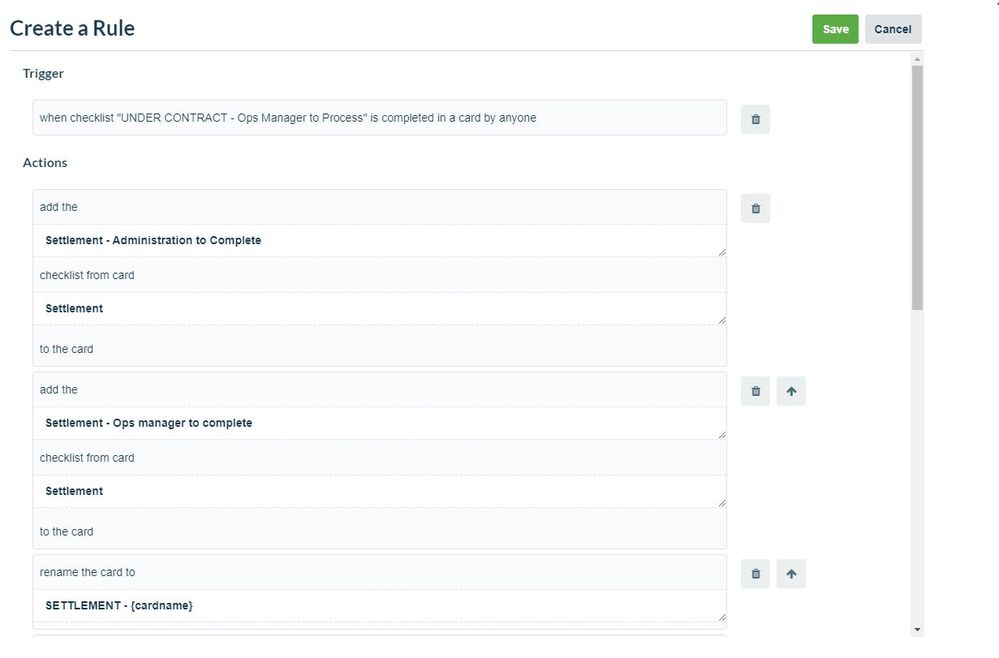 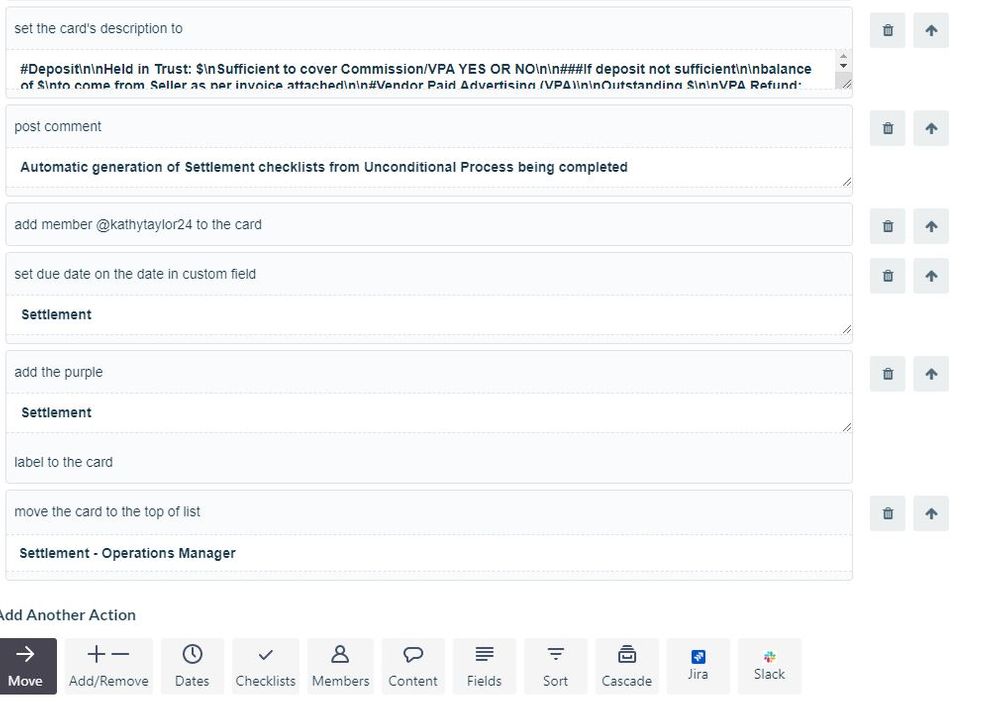 In respect to not seeing the rule when you log in with another account, that is normal, since your rules are owned by you, they're only visible to you. Other people (accounts) just receive the effect or outcome of your rules.

At a glance, the rule looks to be correctly enabled for the board, the trigger is valid and so are the actions, so there might be some other factor at play, like your or the other user's permission within that board, or one of the rule actions is being restricted or blocked based on some other problem.

Start by doing some simple tests to narrow the problem down:

Did the comment appear? Does the card details history show the rule ran and you were the owner of the rule? If so, then the trigger is OK and one of the actions is the problem. If not, then the trigger is invalid due to some other factor, such as you or that user's permission on the board.

If you isolate the problem to not being the trigger, then one of those actions is at fault. Systematically add the other actions one at a time until you find the one that is causing the specific fault. Also, you can review the command log for that rule to have a look at the history of each instance of it running to see what problems were encountered, if any.

Thank you for such a detailed response I will try all that today!

Hi, I am experiencing a very similar issue. Here's how to replicate:

Expected behavior now would be that if ANY user adds a checklist item to a checklist named "Tasks" on ANY card on EITHER board (ONE or TWO), both rules should be triggered and two comments should be posted. However, this is what happens:

Notice that the board in which the rule is created is interfering with the behavior. This should not be case.

I have actually created the Blue and Red boards and made them publicly visible, in case anyone here wants to take a look:

Any help would be greatly appreciated