Why did we get 2 alerts for the same ticket?

So we had 2 alerts created for the same issue. These were triggered by the JSM integration for Jira update.

The background on this issue is a bit chaotic so I'm not worried about this but it would be nice to know.

1. Ticket was created in JSM that did not match the webhook JQL.

2. Ticket was updated to match the webhook JQL

3. I updated the integration to create the alert when a ticket was updated

(This integration was set up before we went to JSM Pro)

This is the filter I added:

4. The alert was created in Opsgenie:

5. Since the on-call user was already working on it, the alert was NOT ACK'd

6. The ticket was closed this morning and a new alert was created:

7. Both alerts were ACK'd and closed

Since Opsgenie is in the process of being rolled out to all IT teams, I would like to know why 2 alerts came up, but also because of how this ticket came about I'm not too worried about it.

From my understanding, the Alias should have prevented the 2nd alert from being created, but it didn't.

It sounds like the initial alert was closed. Then the JSM issue was once again updated - matching that Create Alert action - which caused another alert to be created.

Deduplication only occurs when there is an open existing Opsgenie alert. If the alias matches a closed alert, it's disregarded and Opsgenie will create a new alert.

Can you check the timestamps of when the first alert was closed, and when the second was opened?

Maybe I didn't refresh my alert screen but I could have sworn the first alert was still un-acknowledged this morning.

However you are correct, the first alert was closed last night and the ticket was closed this morning. I still didn't know that a closed alert will create a new alert if the ticket is updated, so that's good to know.

Thank you for your help!.

Closing the JSM issue would send something like you mentioned in the payload;

So your jira:issue_updated Create Alert action might also want to filter on statuses along with it: 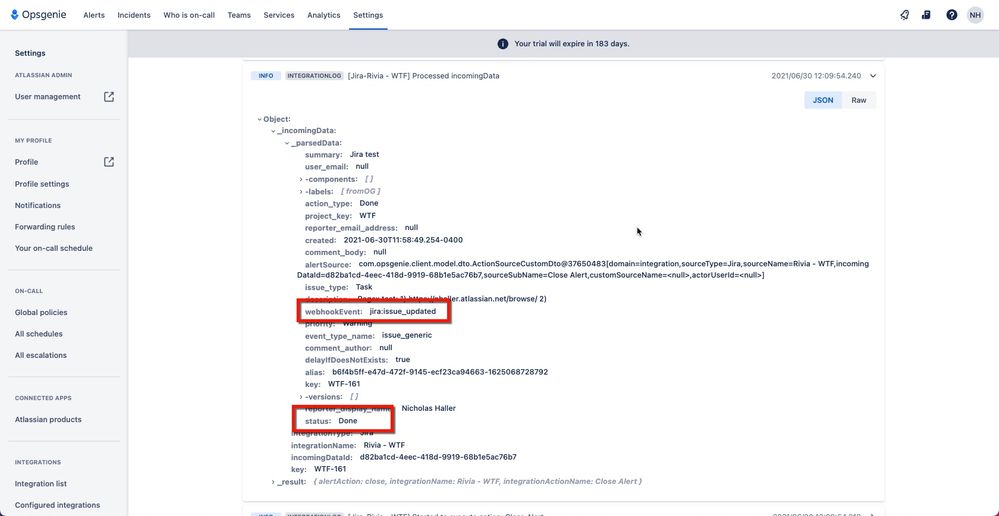 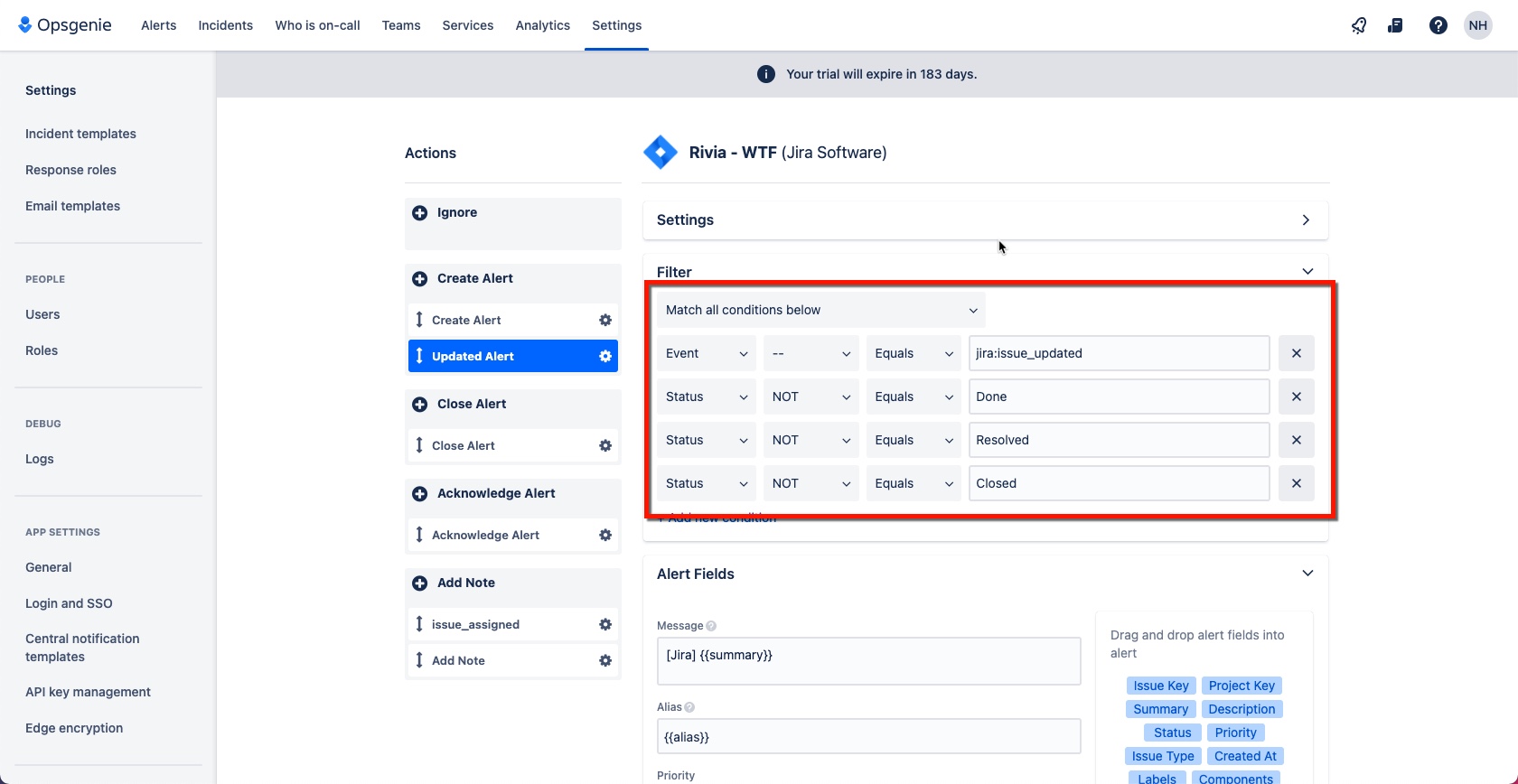