Team on call with 3 weeks rotation

How can such rotation be set up in opsgenie?

You'd want to configure this through a "dummy" team. This dummy team would receive all alerts initially, then manage sending them to Team 1-3 through its on-call schedule. 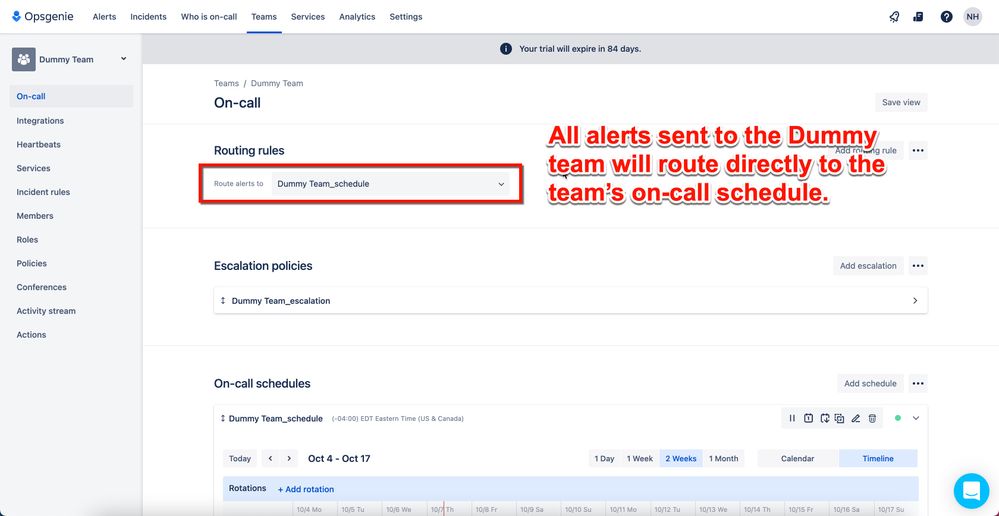 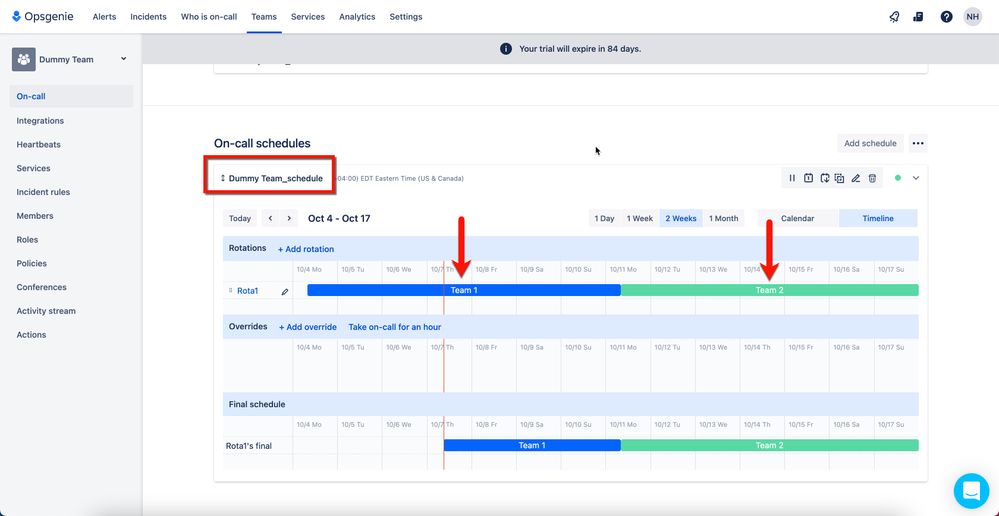 When a team is used as a participant in a schedule/rotation - and an alert is routed to that schedule with a team being on-call - the alert would flow through the added team's On-call tab; following that added team's routing rules, escalations, and on-call schedules.

You also have the ability to restrict rotations to business hours so this could either be done within the dummy team's schedule, or within Team 1-3's on-call schedules: 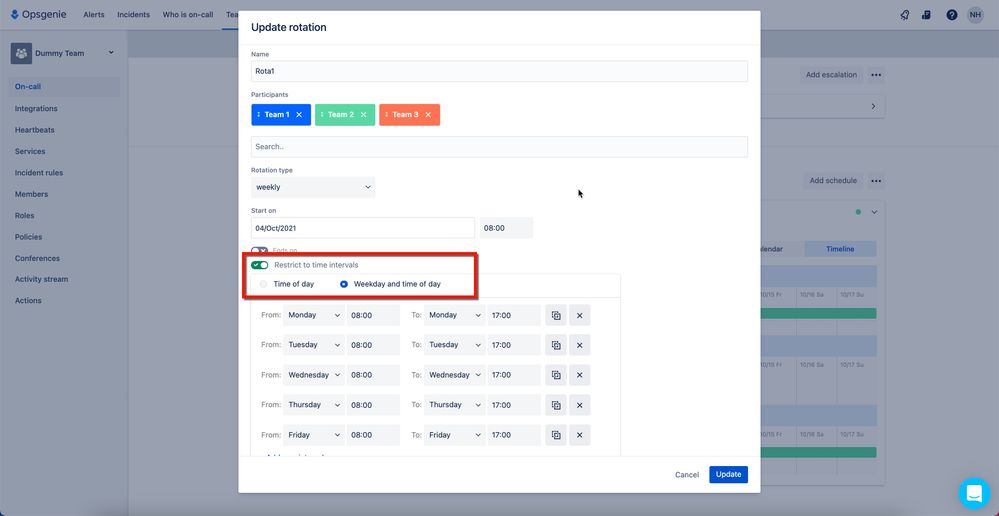 Here's an example of sending an alert to the dummy team - which then routes the alert to its schedule - and adds Team 1 as a responder since they are on-call. The alert would then notify Team 1's users based on what's configured in Team 1's On-call tab: 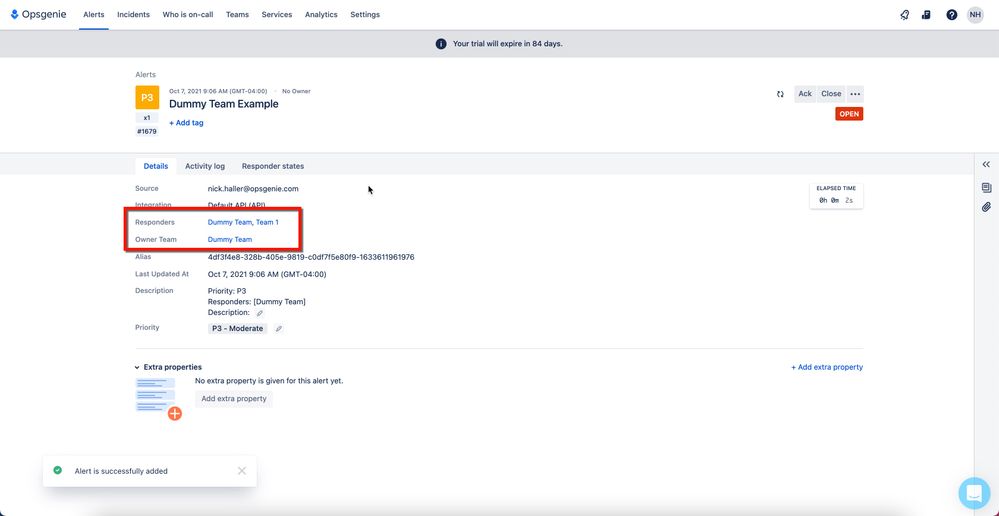 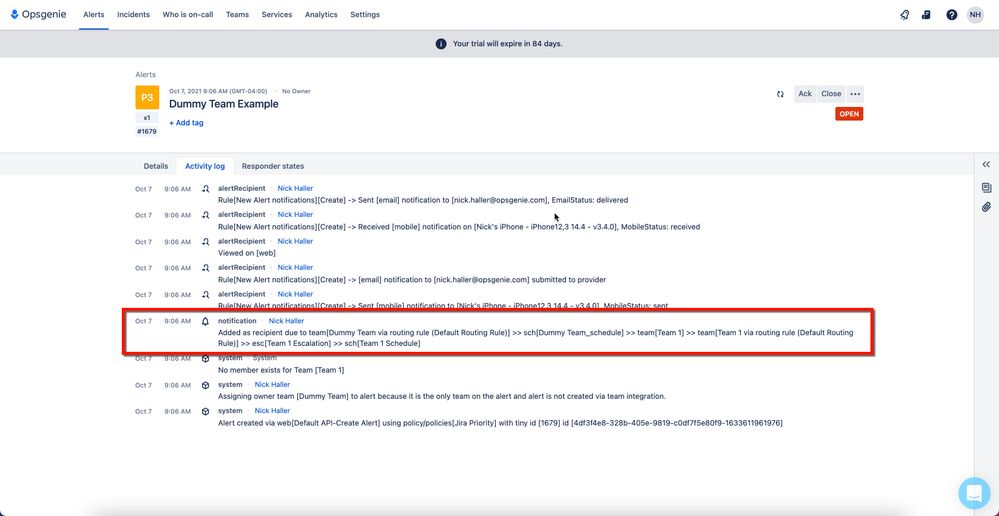 Hope this helps! Let us know if you have any other questions.